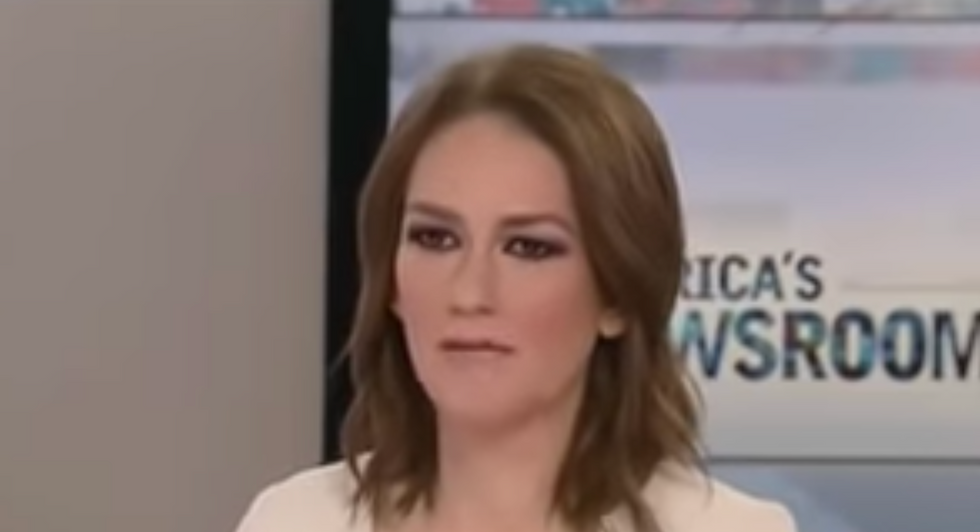 Jessica Tarlov is a senior strategist with Schoen Consulting, a firm that boasts campaign strategy work for people like Mike Bloomberg and HBO. She is also a frequent contributor to Fox News, coming on as a “Democratic Strategist.” On Monday, Tarlov was on America’s Newsroom, a Fox News show that is every bit as newsroom-y as you might expect from Fox. She was there to discuss Pete Buttigieg’s appearance on the Sunday news shows and specifically his responses to Rush Limbaugh’s homophobic attacks on his same-sex marriage. It’s a way for Fox News to keep playing homophobic statements made by right-wing pundits while playing at being a newsroom.

Newsroom co-host Sandra Smith asked Tarlov for her thoughts on the matter. Tarlov started within the boundaries for Fox News, pointing out that Rush Limbaugh and conservatives are a wee bit full of shit and clearly homophobic when talking about the sanctity of marriage, pointing out “You see a loving, monogamous couple like Pete Buttigieg and Chasten, his husband, up there showing what is possible. That someone who is in a same-sex relationship could be running for president and doing as well. And then they’re torn down by Rush Limbaugh, who’s been married four times I think.”

This was all well and good, but Tarlov then added “And we have Donald Trump, three times married, cheated on all of those wives, and you hear—“, this is when Sandra Smith cut in to strangely say “—Let’s not bring in personal relationships.” A stiflingly bizarre thing to say, and something Tarlov pointed out was incongruous as the attack on Buttigieg was clearly “personal” in nature. Smith pivoted to repeating Limbaugh’s homophobic quote, and then threw to another pundit, one who wasn’t going to point out that Donald Trump is a scumbag and the people that support him are scumbags.

Limbaugh’s comments and his bloated hypocrisy have been a big win in many respects for Pete Buttigieg, allowing the former mayor of South Bend, Indiana, to go toe-to-toe with Republicans.