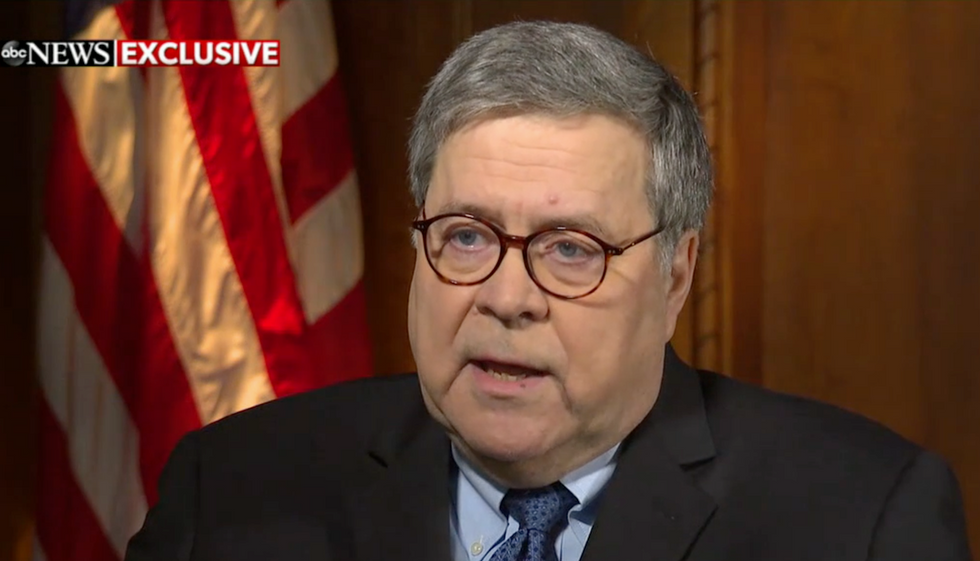 More than 1100 former federal prosecutors and US. Department of Justice (DOJ) officials have signed a letter calling for the resignation of Attorney General William Barr, asserting, “Each of us strongly condemns President Trump and Attorney General Barr’s interference in the fair administration of justice.” One of the people who signed the letter was Stuart M. Gerson, who served as acting U.S. attorney general under President Bill Clinton in 1993 prior to the late Janet Reno’s confirmation. And Gerson explained his reasons for signing the letter during an Monday morning appearance on CNN’s “New Day.”

Barr has been receiving widespread criticism over President Donald Trump’s interference in GOP operative Roger Stone’s criminal case. In 2019, Stone was convicted on seven criminal counts, ranging from witness tampering to lying to Congress — and on February 10, the DOJ issued a sentencing memo calling for seven to nine years in federal prison. But the following day, after Trump angrily railed against the memo on Twitter, the DOJ issued a new memo calling for a much more lenient sentence.

Gerson told “New Day” host Alisyn Camerota that Barr should step down immediately because he has politicized “what is supposed to be the least political branch” of the federal government. According to Gerson, Barr is “reaching into a pending case, obviously” without the input of federal prosecutors — which Gerson stressed is highly inappropriate.

“It’s the job of a prosecutor to dispense justice,” Gerson told Camerota. And Barr, Gerson stressed, is “a good deal smarter than the president” and should know better than to interfere with the job of U.S. attorneys in an overtly political way.

“This is a situation that needs to be resolved and explained,” Gerson asserted.

Gerson has worked with both Democratic and Republican presidents. Prior to his months in the Clinton Administration, he was a debate coach for President George H.W. Bush’s during his 1988 campaign — and he was also part of Bush 41’s transition team.