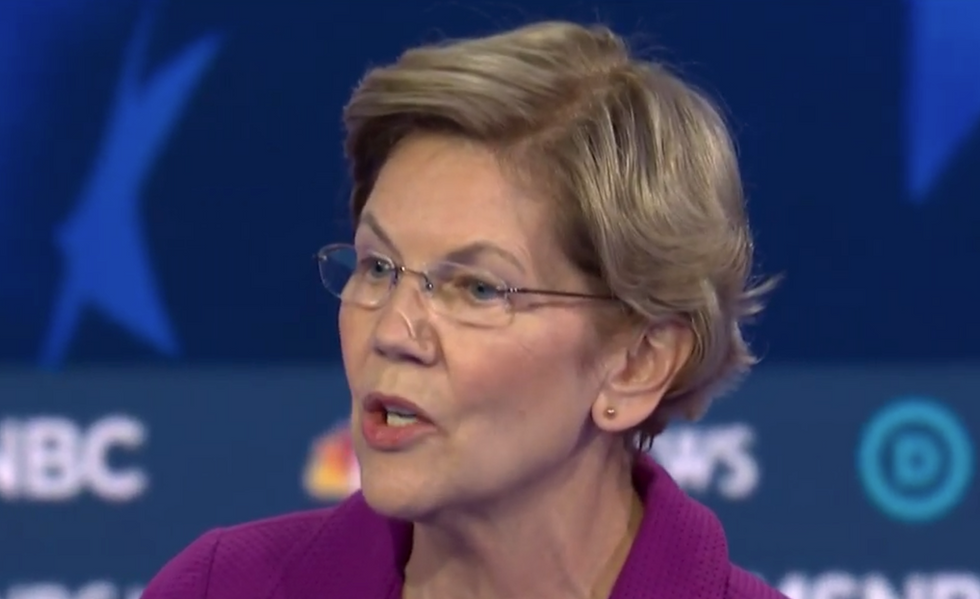 In one of the most impassioned and combative openings of a debate during the 2020 Democratic primary, Sen. Elizabeth Warren (D-MA) launched a pointed attack on the newcomer to the stage Wednesday night, former New York Mayor Michael Bloomberg.

Sen. Bernie Sanders (I-VT) had the first chance to speak of the night, and he got in some sharp hits on the former mayor, focusing on his racist and abusive policy of stop-and-frisk. But it was the senator from Massachusetts who launched a memorably, clearly choreographed, and expertly executed attack.

"I'd like to talk about who we're running against," she said. "A billionaire who calls women fat broads and horse-faced lesbians. And no, I'm not talking about Donald Trump. I'm talking about Mayor Bloomberg. Democrats are not going to win if we have a nominee who has a history of hiding his tax returns, of harassing women, and of supporting racist policies like redlining and stop-and-frisk."