'Defunded the CDC' to 'build his wall': Trump scorched for bungled response to coronavirus — including spelling it 'caronavirus' 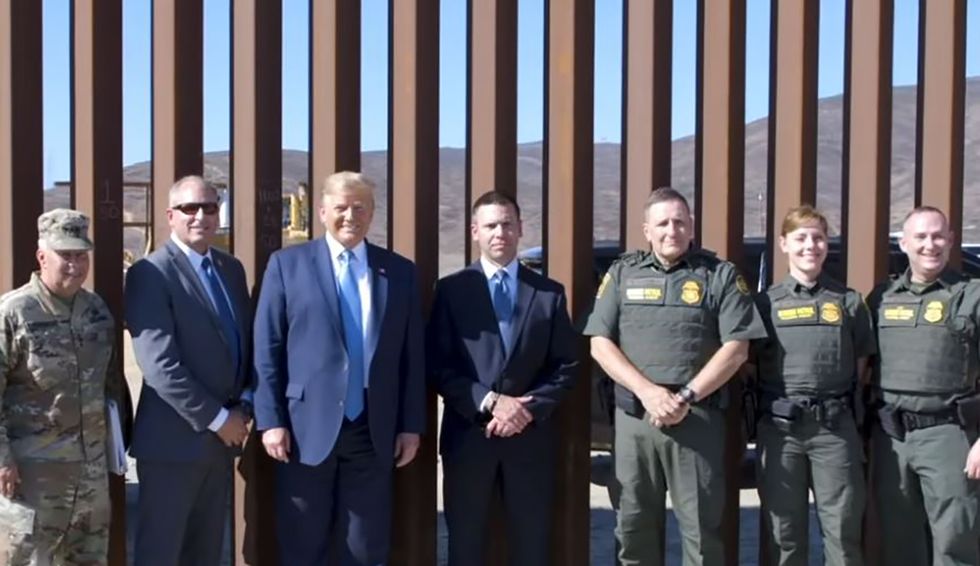 President Donald Trump and his White House have made clear he is unconcerned about the deadly coronavirus threat, except as it affects the markets, which he sees as his key to re-election. He reportedly was “furious” at the CDC for telling lawmakers and the American public the virus will spread into communities across the U.S.

“We are asking the American public to prepare for the expectation that this might be bad,” the CDC said Tuesday, which angered Trump.

Those remarks helped tank the markets even further on Tuesday, with the DOW dropping 1900 points in just two days.

Trump tried to blame the news media for informing the public about the risks, via Twitter Wednesday morning. It did not go well.

After announcing a news conference for 6 PM Wednesday, Trump went ballistic, attacking the press, and Democrats, as if they were the ones who made the determination the coronavirus will greatly affect Americans’ day-to-day lives.

And he spelled coronavirus wrong.

Trump’s remarks and general “incompetence” are infuriating many across the country, as smoe noted he cut funding to the CDC’s programs to combat disease outbreaks worldwide.

Low Ratings Fake News MSDNC (Comcast) & @CNN are doing everything possible to make the Caronavirus look as bad as possible, including panicking markets, if possible. Likewise their incompetent Do Nothing Democrat comrades are all talk, no action. USA in great shape! @CDCgov.....

Trump’s remarks and general “incompetence” are infuriating many across the country, as smoe noted he cut funding to the CDC’s programs to combat disease outbreaks worldwide.

@realDonaldTrump @CNN @CDCgov Hard to take a man serious when he says we're safe against a pandemic when he can't spell it correctly.
— Gramma In The Moon (@Gramma In The Moon) 1582723763.0

@realDonaldTrump @CNN @CDCgov bro the stock market is in free fall and you've defunded the CDC to the level where i… https://t.co/SOpD6gLBeU
— Jeff Tiedrich (@Jeff Tiedrich) 1582722423.0

@realDonaldTrump @CNN @CDCgov The incompetence of your Administration is spooking the markets plus the fact that no… https://t.co/vHWH1fax9S
— Joe Lockhart (@Joe Lockhart) 1582724753.0

Of course, this mockery is appropriate: