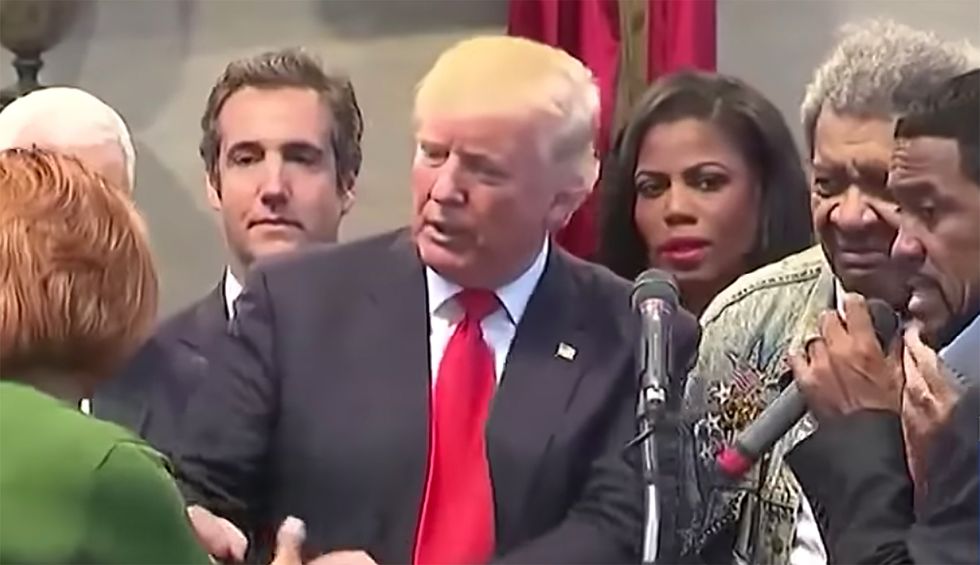 On Sunday morning, CNN took a deep dive into reports that groups allied with President Donald Trump are funneling cash to potential voters in the hopes that they will turn out in November in what is expected to be a close presidential election.

The report centers on Darrell Scott, a pastor from Cleveland who is a prominent ally of the president and has been running a possibly illegal program designed to win over black voters for the president that literally involves handing them envelopes stuffed with cash at mini-rallies.

“At the center of the controversy is a new charity called the Urban Revitalization Coalition led by Ohio Pastor Darrell Scott,” the report states which has, “Raised red flags saying the cash events may violate tax laws that bar nonprofits from engaging in political campaign activities and could jeopardize the group’s tax-exempt status. In an interview, Scott said he’s careful to follow the law., but groups like the NAACP accuse him of trying to buy support for President Trump.”

CNN shared clips from the rallies where the envelopes were handed out and, in one, a rally organizer can be seen exhorting attendees to attend the next rally by saying, “Come back in February when we give you $50,000.”