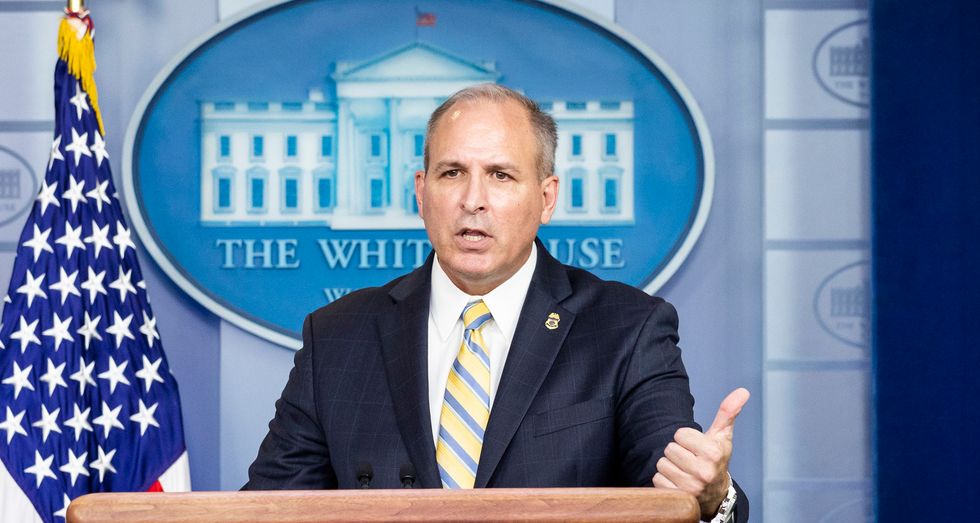 The acting commissioner of Customs and Border Protection says the agents who detained and questioned as many as 200 U.S. citizens and permanent residents of Iranian descent for as long as 12 hours just got a little carried away. No, really, that’s what he thinks. “In that one instance,” CBP Commissioner Mark Morgan said during a press conference on Tuesday, “leadership just got a little overzealous, and we corrected that right away.”

First of all, you are leadership, and secondly, overzealous is quite the way to describe violating the rights of Americans by interrogating them on their political allegiances, in just one example. Others were questioned about social media accounts and even what high school they attended nearly 40 years ago. “My kids shouldn’t experience such things,” Negah Hekmati, an American detained with her family for five hours, told The New York Times. “They are U.S. citizens. This is not O.K.”

Border officials claimed there was no directive that led to the detention and questioning of these families at the U.S.-Canada border last month, but a memo leaked to a Washington immigration attorney and local outlet The Northern Light indicated otherwise. “In a bulletin issued by the tactical analytical unit (TAU) in U.S. Customs and Border Protection’s Seattle Field Office, officers were instructed to conduct vetting on all individuals who met certain criteria, including being Iranian nationals or having traveled to Iran,” The Northern Light reported. Or, just be overzealous, as Morgan might say.

“It is becoming increasingly clear from multiple conversations with travelers and CBP staff that there was, indeed, a directive from the Seattle Field Office to target Iranian Americans for secondary screening based on their country of origin and despite the fact that they were largely American citizens, legal permanent residents and legal visa holders,” Washington Rep. Pramila Jayapl told The Washington Post in response to the memo. Morgan confirmed the order, with The New York Times reporting, “Without mentioning anyone by name, Morgan told a news conference in Washington, D.C., on Tuesday that officials in the region imposed additional security screening on people from Iran following the drone strike.”

Facing calls from leaders like Jayapal and Massachusetts U.S. Sen. Elizabeth Warren, the Department of Homeland Security’s Office for Civil Rights and Civil Liberties said last month that it would be opening an investigation into the detention and questioning of the families, a move welcomed by Jayapal as, “An important step forward thanks to the courage of those who spoke up to tell their story and our community’s collective ability to quickly draw attention to this. Let’s get answers and make sure it never happens again.”

But making sure this never happens again doesn’t sound like much of a serious matter to Morgan or to this administration, which is also seeking billions in its new “nativist horrors” budget to expand CBP and Immigration and Customs Enforcement, versus getting the agents it currently has under control. House Democrats need to stop this budget proposal—and stop the abuses in federal immigration agencies.