Bill Barr told Trump allies he may quit in protest over the president's tweets: report 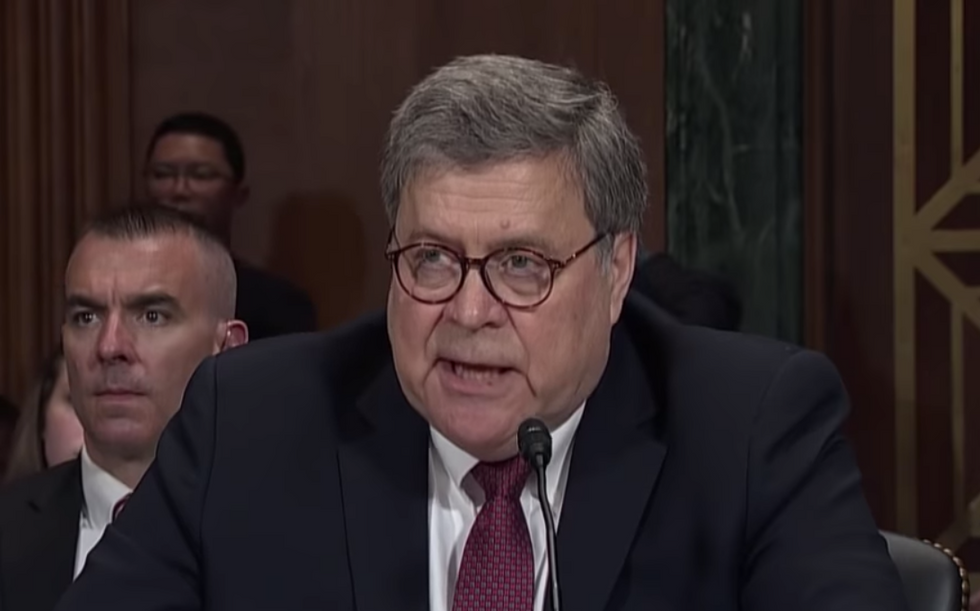 A new report from the Washington Post on Tuesday found that Attorney General Bill Barr has told allies of President Donald Trump that he may resign in protest following his public condemnation of the president's tweets.

In a recent interview with ABC News, Barr said that the president's tweets about ongoing Justice Department investigations make it "impossible" for him to do his job and to assure the public that investigations are being conducted with integrity.

After those comments, Trump has continued to use his Twitter account to share his opinions about ongoing investigations. And on Tuesday afternoon, Trump admitted to the strain this puts on Barr's position. Asked about Barr's comments, Trump said: “Yeah, I do make his job harder. I do agree with that. I think that’s true."

The Post said that Barr has made the requests for Trump to stay out of DOJ matters both in "public and private."

However, it said it wasn't clear if Trump was aware that Barr has considered resigning over the dispute.

Some have been skeptical about Barr's apparent resistance to Trump's involvement. They argue that Barr has clearly been serving the president's, rather than the country's, interests since he took office, and that any public friction with the president is just a ruse to protect his reputation. If this is true, the Post story could be part of Barr's effort to propagate the narrative that he's not Trump's toady.

But though Barr has indisputably bent over backward to use the law in Trump's favor, he may not see this as an act of personal loyalty but an expression of his ideological commitments. If this is how Barr views his actions, he may be genuinely annoyed and disturbed by the perception that he's being bossed around by Trump to do his venal bidding. Under these circumstances, Barr's threat to resign may be genuine.