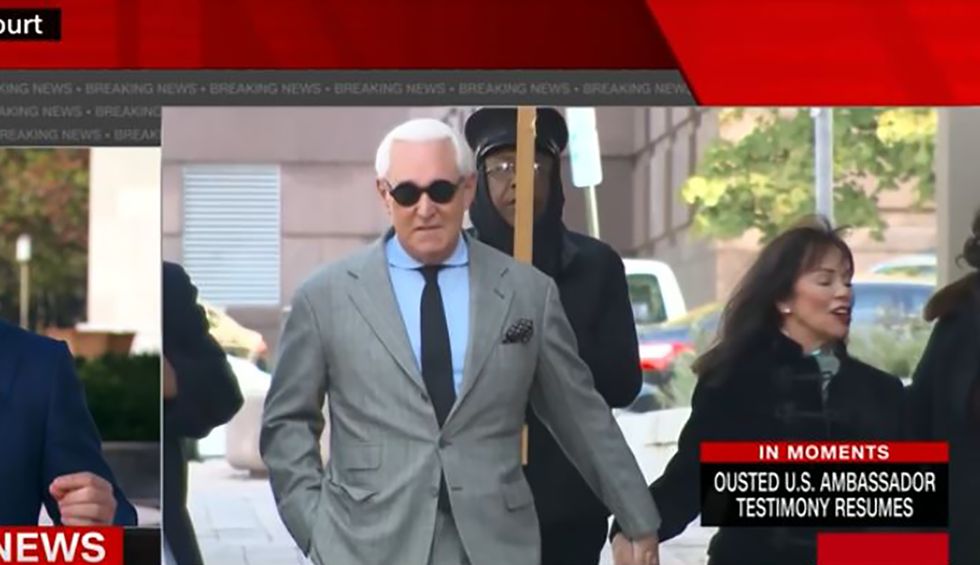 President Donald Trump on Thursday attacked the jury foreman in the trial of his ally Roger Stone by accusing her of having an anti-Trump bias.

“The woman who was in charge of the jury is totally tainted!” Trump fumed. “When you take a look, how can you have a person like this? She was a anti-Trump activist.”

Seth Cousins, a juror at the Stone trial, went on CNN Friday to set the record straight about how he and his fellow jurors reached their decision to convict the longtime Trump ally of all seven charges, including perjury, witness tampering, and obstruction of justice.

“Honestly, it’s appalling to me,” Cousins said of Trump’s behavior. “8 million Americans are called and report to jury service every year — that’s 40,000 people every court day! 40,000 people today are showing up for jury duty. And for the president to issue these baseless attacks on our jury and on our foreperson really denigrates the service that each of these people is doing.”

“He was prosecuted for lying in a congressional proceeding, for obstructing that proceeding, and for tampering with a witness,” he said. “As Judge Jackson also pointed out yesterday, as a result of his actions, the report that the House Permanent Select Committee put together was incomplete and inaccurate.”