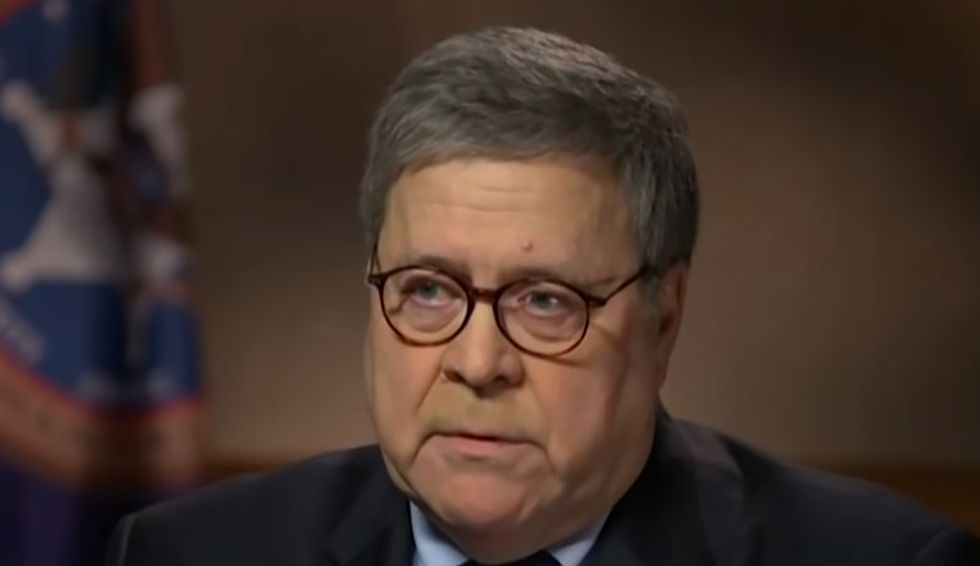 President Donald Trump views his alliance with the Christian right as essential to his 2020 campaign, and two Trump loyalists — Attorney General William Barr and Education Secretary Betsy DeVos — were clearly pandering to religious conservatives this week during a speech at the National Religious Broadcasters Convention, which is being held in Nashville, Tennessee and continues through this Friday, February 28.

Barr’s speech was sponsored by the nonprofit group Save the Persecuted Christians, which is headed by Frank J. Gaffney, Jr. — a far-right conspiracy theorist and Islamophobe who has claimed that the Muslim Brotherhood is trying to infiltrate the U.S. government and impose sharia law. Before Barr spoke at the National Religious Broadcasters Convention, Gaffney stressed that he was not sponsoring a panel that would be held later and feature attorney Asma Uddin (who he smeared as a “sharia supremacist”).

During his speech, Barr (who is a Catholic, not a Protestant evangelical) railed against secularism in the United States — telling the crowd, “While most everyone agrees that we must have separation of church and state, this does not require that we drive religion from the public square and affirmatively use government power to promote a culture of disbelief.”

Barr also made the tired claim that liberals and progressives want to encourage dependency on the government — even though, truth to be told, there is a difference between giving someone a hand up (as Sen. Bernie Sanders and Sen. Elizabeth Warren recommend) and giving someone a handout.

“The tacit goal of this project is to convert all of us into 25-year-olds living in the government’s basement, focusing our energies on obtaining a larger allowance rather than getting a job, and moving out and taking responsibility for ourselves,” Barr told the crowd.

DeVos (the sister of Blackwater mercenary Erik Prince) spoke at the convention earlier in the day and called for more government support for religious schools. Attorney Jay Sekulow, who was part of Trump’s defense team during his impeachment trial before the U.S. Senate, was scheduled to appear on the same panel as DeVos but had to cancel his appearance due to illness.