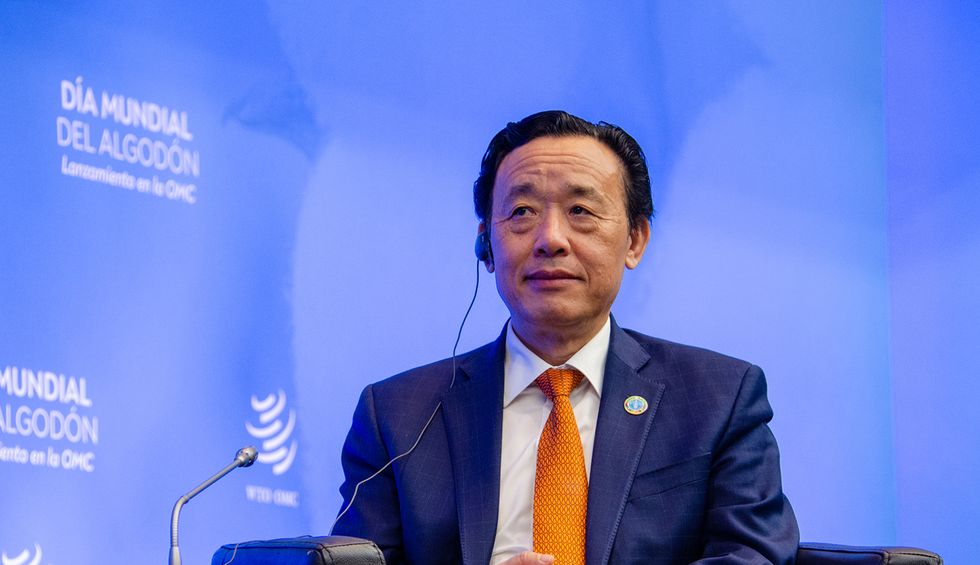 Top United Nations relief officials warned Tuesday that millions more in funding is needed to combat East Africa's worst outbreak of desert locusts in decades, arguing that "acting now to avert a food crisis is a more humane, effective, and cost efficient approach than responding to the aftermath of disaster."

The call for international action came in a joint statement from Qu Dongyu, director-general of the Food and Agriculture Organization (FAO); Mark Lowcock, U.N. undersecretary-general for humanitarian affairs and emergency relief coordinator; and David Beasley, executive director of the World Food Program (WFP).

The U.N. leaders are especially concerned about the impact on East Africa, which they noted is "a region beset by climate- and conflict-related shocks. Millions of people are already acutely food insecure. Now they face another major hunger threat in the form of desert locusts."

"The locust upsurge affecting East Africa is a graphic and shocking reminder of this region's vulnerability," they said. "This is a scourge of biblical proportions. Yet as ancient as this scourge is, its scale today is unprecedented in modern times."

While the FAO requested $76 million in funding for the crisis last month, only $33 million has been received or committed. According to the trio of U.N. officials, "As the locusts continue their invasion throughout eastern Africa, and more details emerge about the scale of need in affected areas, the cost of action has already doubled, to $138 million."

"We need to do more. WFP has estimated the cost of responding to the impact of locusts on food security alone to be at least 15 times higher than the cost of preventing the spread now," the statement said. "It is time for the international community to act more decisively. The math is clear, as is our moral obligation. Pay a little now, or pay a lot more later."

Crystal Wells, Africa spokesperson for the International Committee of the Red Cross, told The Lancet last week that "the locusts are coming on the heels of what has been a very tumultuous year for East Africa. Last year, the region swung between conditions that were either too hot and dry, or too wet."

"At the same time, people in Somalia and parts of Ethiopia continued to suffer from violence," Wells added. "In real terms, this means that thousands of people who are already on the run from clashes were uprooted once again by droughts and floods—and today risk losing whatever is left to locusts. There is only so much people can withstand."

Desert locusts have a reproduction cycle of about three months, and mature swarms are currently laying eggs across the Horn of Africa. The Lancet pointed out that "rains starting in March and April are expected to boost the breeding and spread of locusts."

With $138 million funding, the U.N. agencies hope to both provide relief to communities where crops have already been devoured by locusts and prevent new swarms from emerging. According to the FAO, a swarm contains as many as 150 million desert locusts per square kilometer (0.39 square miles) and can consume the same amount of food per day as 35,000 people.

BBC News reported Wednesday on the difficulties of addressing the crisis in the hardest hit countries:

The FAO has told us that in three of the worst affected countries, Kenya, Ethiopia, and Somalia, they estimate that at least 100,000 hectares in each one needs to be sprayed with insecticide.

By the end of January, they were substantially short of this target in those countries in East Africa.

.@FAO @UNOCHA @WFP have made an appeal for more funds to tackle the unprecedented invasion of #desertlocusts in Eas… https://t.co/zIpjmyHn3l
— FAO Newsroom (@FAO Newsroom)1582707265.0

Stephen Njoka, head of the Desert Locust Control Organization for Eastern Africa, the regional body coordinating the fight against the locusts, told BBC: "We have a challenge in the number of aircraft available—there are not enough. Pesticides are also in short supply."