Your happy emotions are not necessarily what they appear to be 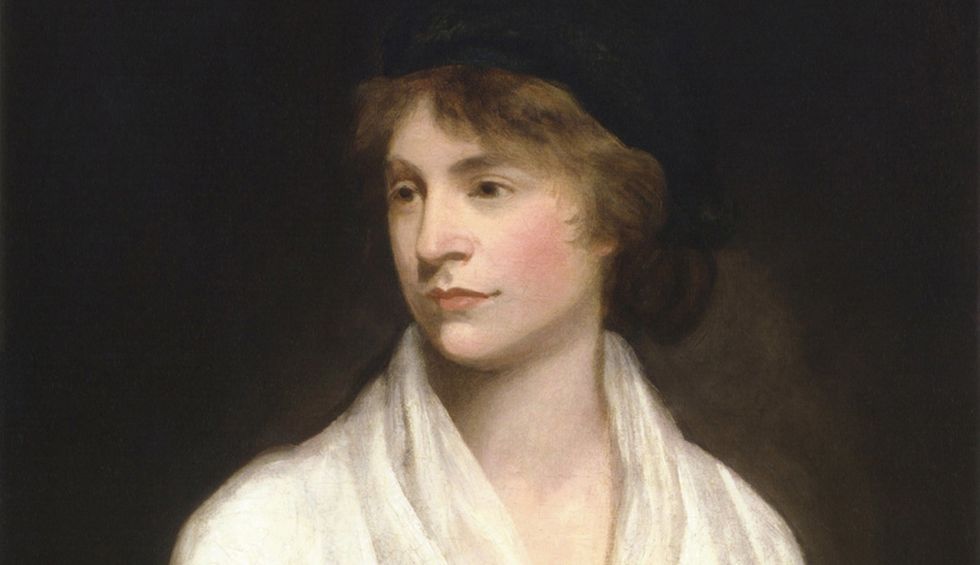 ‘Be happy!’ Mary Wollstonecraft exhorted her estranged lover and tormentor, Gilbert Imlay, in late 1795. What did she mean? It had been only days since she had been fished from the Thames, having failed in a bid to drown herself. Scorned, shamed and diminished in her view of herself in the world, Wollstonecraft had chosen death. Here too she was thwarted, ‘inhumanly brought back to life and misery’. Imlay’s philandering was the source of her ills, and she told him as much. Why, then, wish him to be happy? Was this forgiveness? Hardly. Wollstonecraft knew Imlay’s new mistress was ‘the only thing sacred’ in his eyes, and that her death would not quell his ‘enjoyment’.

Wollstonecraft’s use of ‘happiness’ was not idiosyncratic. Samuel Johnson’s Dictionary defined it as ‘felicity’ or ‘blissfulness’ or the ‘state in which the desires are satisfied’. Wollstonecraft was telling Imlay to satiate himself physically, implying that he had no depth of feeling. This fleshly happiness, in other words, was all she thought him capable of. In her suicide note, addressed to Imlay, she wrote: ‘Should your sensibility ever awake, remorse will find its way to your heart; and, in the midst of business and sensual pleasures, I shall appear before you, the victim of your deviation from rectitude.’ Be happy then but, if it turns out you are human, you’ll be thinking of me when you fuck her.

A recent paper in Nature Human Behaviour claimed to present ‘historical analysis of national subjective wellbeing’. To do so, it relied on a quantitative analysis of digitised books, newspapers and magazines from the past two centuries. It focused on ‘words with stable historical meanings’. The effort, by Thomas T Hills of the Turing Institute and the Department of Psychology at the University of Warwick in the UK, caused dismay and not a little mockery from historians. The Wollstonecraft story above shows what many ‘Twitterstorians’ pointed out: there are no words with ‘stable historical meanings’, particularly not big and important words. ‘Happiness’ is an unstable historical concept, a false friend in historical sources. Nonetheless, the popular press fastened onto the claim that the 1880s were the happiest Britons had ever been. If only the mill workers of Manchester and slum dwellers of London had known.

The ignorance of the basic methods of the discipline of history is surprising given the robustness of the subfield of the history of emotions. Over the past two or three decades, the historical study of emotions has developed a rich set of tools with which to chart the ways that emotions have changed over time. Emotions such as anger, disgust, love and happiness might seem commonplace, but they are not so readily understood in the past. These concepts and the experiences associated with them are not historically stable. In addition, many emotions have ceased to exist, from ‘acedia’ (apathy) to viriditas (greenness); from ‘ennobling love’ to tendre (the tender emotion). Accessing them involves building an understanding of past concepts and past expressions in order to unlock what people once felt and experienced. This requires the forensic reconstruction of cultural-historical context. It is inherently qualitative work.

Not too long before Wollstonecraft presented happiness as the shallow satiation of desire, her acquaintance and fellow revolutionary writer Thomas Paine had consciously remade happiness as part of a republican vision. To do this, he elaborated an innovative concept of ‘common sense’ as a social and political sensibility. Paine’s pamphlet Common Sense (1776) had as much to do with the creation of a new field of feeling as it did with reason. By scripting it, Paine helped to fashion the American public to which he sold it. He instructed Americans that happiness was entangled with authority and government, and that a breed of happiness associated with monarchy must be the wrong sort. Good government, Paine taught, is for ‘freedom and security’, to safeguard happiness. Monarchy was not the ‘means of happiness’ but the means of ‘misery to mankind’.

While reason has oft been heralded as the vanguard of revolutionary ideas, Paine understood it was guided by feelings, and those feelings had to be brought into existence in order to validate practices of revolt. Revolt had to feel right in order to be right. For all that the new American constitution was to be formed ‘in a cool deliberate manner’, it was to be formed so as to guarantee ‘the greatest sum of individual happiness’. This historically specific and inherently political happiness became a precondition for nation-building, a process that also depended upon assertions of dishonour, pain and disgust at the colonial yoke. America would not be built on pure reason, but on controlled emotion.

The ‘pursuit of happiness’ that found its way into the Declaration of Independence was Thomas Jefferson’s adaptation of John Locke’s ideas on the pursuit of life, liberty, and property. As the historian Nicole Eustace has shown, it was a happiness that endorsed and justified the practice of slavery. Slave owners’ happiness depended upon slavery, after all. To the signers of the Declaration, the right to pursue happiness was for white men. When critics held up the principles of slavery and the pursuit of happiness as contradictory, a paradox to be smashed, the racists shifted tack, asserting that slaves had no capacity for happiness. Blackness itself was, they averred, an inescapable biological cause of unhappiness. While happiness was a right offered up to all humans as the product of a political system, it was nonetheless predicated on limiting the category ‘human’ to those deemed capable of the quality of ‘happiness’. Wollstonecraft understood that the revolutionary age had also put women outside of the category ‘human’. ‘Happy would it be for the world,’ she wrote in A Vindication of the Rights of Woman (1792), ‘if all this unavailing solicitude to attain worldly happiness … were turned into an anxious desire to improve the understanding.’

These contradictions and conflicts tell us that, whatever happiness is or was, politics is never far away. The recent history of happiness, of which Hills’s paper forms a part, is entwined with neoliberal metrics of, and prescriptions for, ‘wellbeing’. A whole academic industry has emerged from an all-too-easy translation of Aristotelian eudaimonia into ‘happiness’, which does not pass the sniff test. Those who operationalised happiness had capitalist efficiencies in mind: how could the workforce be maximally productive while liking it? In this ‘emotional capitalism’, as the sociologist Eva Illouz of the Hebrew University in Jerusalem styled it, happiness has been repackaged as a confidence trick to reward conformity or else to erase the individual in the name of abstract categories of wellness, and all for the sake of economic gain.

While authoritarian regimes from Venezuela to the United Arab Emirates have created ministries of happiness in order to institute population-wide surveillance and reward ‘good’ – which is to say, conformist – behaviour, the same ideas are alive in Western democracies. They are celebrated through United Nations programmes such as the World Happiness Report and the OECD’s commitment to placing wellbeing ‘at the centre of governments’ efforts’ in the name of growth. This is ‘happiness’ far removed from quotidian definitions. A country such as Denmark, for example, which regularly tops the ‘happiness’ charts, nonetheless has a history of high suicide rates. Happiness and wellbeing markers for the state of a national economy have little to do with how a given individual feels. They are part of a complex history of happiness. How to pursue, experience or eschew it should give us pause, for what happiness means is far from self-evident.

Rob Boddice is a European Commission Horizon 2020 Marie Skłowdoska Curie Global Fellow at the Department of History and Cultural Studies, Freie Universität Berlin and the Department of Social Studies of Medicine, McGill University. He is the author or editor of eight books, most recently A History of Feelings(2019), The History of Emotions (2018), Pain: A Very Short Introduction (2017) and The Science of Sympathy (2016).