Why the proposal for congressional term limits is a terrible idea 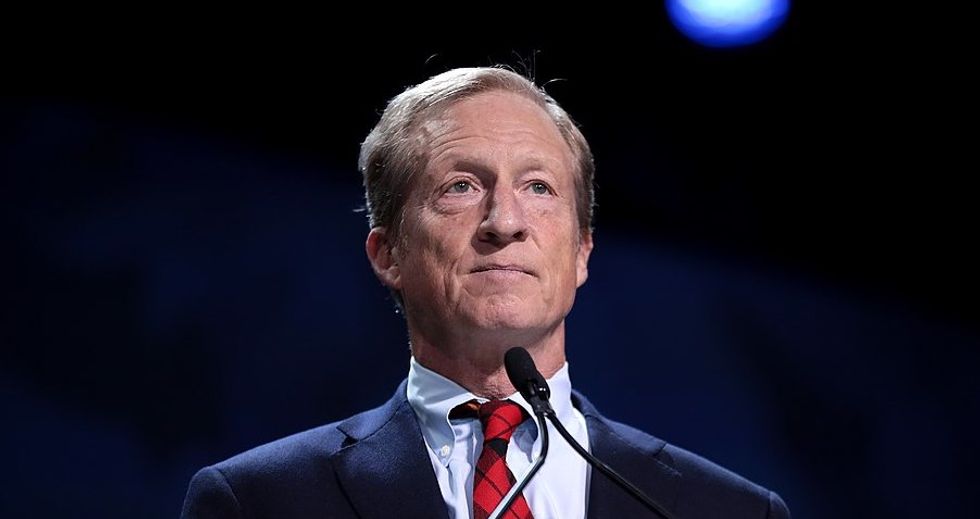 Way back when, when I was working for now-Sen. Ron Wyden when he was still in the House of Representatives, there was another wave of "reform" talk when Ross Perot was making his quixotic presidential run. One of the things most in vogue for would-be reformers was term limits for Congress, and Wyden had a pat—and spot-on—response: "We already have term limits. They're called elections."

Now we've got another wealthy businessman running for president while calling himself a reformer and, of course, pushing the old, tired, and simplistic notion that kicking the bums out on a rotating basis is the answer. Tom Steyer has an op-ed in Newsweek arguing just that. "I've been proposing congressional term limits of 12 years in the U.S. House and U.S. Senate. If we want bold change, we need new and different people in charge," he writes. He says that term limits "reorient incentives away from campaign donations and toward the actual work of governing." He also argues that term limits would mean "lobbyists must now make their arguments on the strength of their merits, rather than on relationships alone." He says "We need new ideas, new people, new approaches to hard problems—and term limits deliver those incentives."

Sure, that all sounds great, and like every simple solution posed to a complex problem, it's woefully ill-informed. Does he really imagine that only getting 12 years in federal office would keep opportunists and fortune-seekers out? That they wouldn't get in, steal everything that's not nailed down in those 12 years, and get out to go right to a lobbying firm so they can keep on grifting? If so, he hasn't truly been paying attention. His ideas about lobbyists and how lobbying works are embarrassingly naive. He thinks they'll have less influence because they'll have to use their ideas instead of their friendship (and money)? Lobbyists will roll over newcomers because they'll know how to do it, since they'll know how it all works.

This applies not just to lobbyists, but also staff. The only way continual churn wouldn't destroy Congress would be having essentially permanent committee staff that stays in place.

Having once been a congressional staffer and having learned at the feet of some of the best (like the staff of Henry Waxman on the Health and Environment subcommittee in Energy of Commerce), that's not necessarily a bad thing. Senior staff make the place run and their expertise is invaluable. But they are also not elected. They shouldn't be supplanting a Congress that the people put in office to do the work.

This anodyne and simplistic thinking is a distraction from the kind of reforms that would really solve the problem of an increasingly corrupt and partisan Congress: public financing of campaigns and real campaign finance reform. Start with new laws to overturn the Supreme Courts Citizens United decision, and just keep on going. If you want to get rid of the nefarious influence of big money in politics, get rid of the big money. Then start on the structural reforms that will fix the workings of Congress, like restoring the function of the committees in the legislative process.

And if you're going to be asking the nation to take you seriously, if you're going to stand on a debate stage vying for the nomination of your party to be president, be a serious person. Don't give us this kind of anodyne, callow thinking.