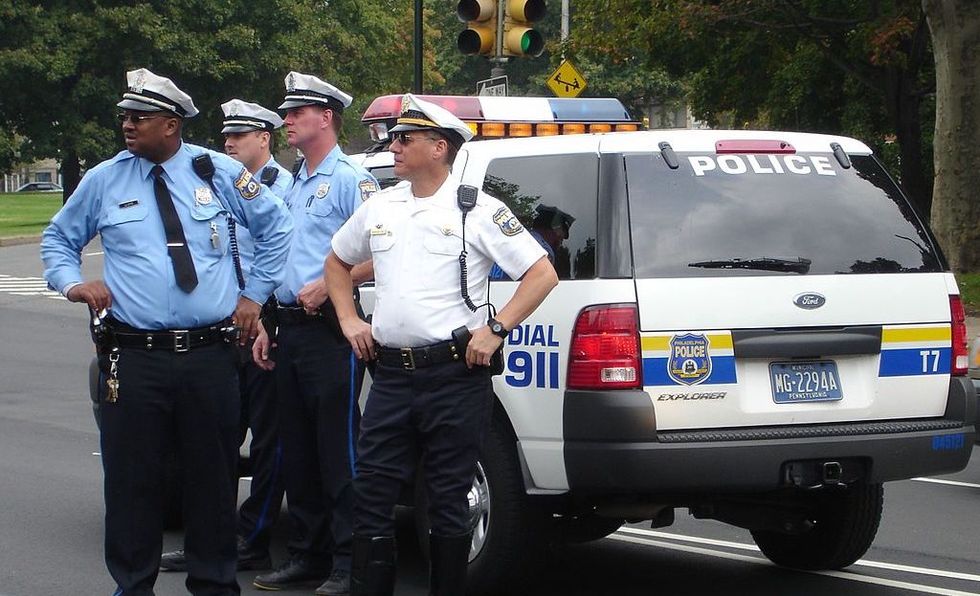 When Danielle Outlaw became Portland’s police chief in 2017, she was the first Black woman to hold the role. Yet she oversaw a department that shot and killed Black people with impunity, and she failed to demote a vice unit chief with an explicitly Nazi-worshipping past. Under Outlaw, Portland’s cops also cracked down on leftist protesters, while cozying up to violent alt-right groups like the Proud Boys.

Now, Philadelphia Mayor Jim Kenney is appointing Outlaw as his city’s new, permanent Police Commissioner. This decision was made after a series of discussions that were closed to the public—a lack of transparency that sparked protests and outcry from high-profile residents like Eagles football star Malcolm Jenkins and progressive Philadelphia District Attorney Larry Krasner.

Sterling Johnson of the Philadelphia Drug Users’ Union was a member of the local coalition pushing for public input on who the next Commissioner would be. “In Philadelphia, there remains a culture of secrecy and making public decisions behind closed doors,” he told Filter. “I do not expect it to change. We will continue to advocate for drug users, decriminalization of drug use and the end to all social policies that harass, oppress drug users.”

Outlaw will replace former Commissioner Richard Ross, who was blemished by sexual harassment scandals in his department, and interim Commissioner Christine Coutler, who was slammed when a photo from the 1990s emerged of her wearing a T-shirt that made light of Rodney King’s brutal beating by the LAPD.

For Philadelphians who keep up with local criminal justice news, this will be a big disappointment. Philadelphia’s history is scarred by police racism and misconduct—most dramatically emblemized by the 1985 MOVE bombings, during which the FBI and Philly Police Department firebombed Black activists’ homes, killing 11 people.

Outlaw has never been accused of corruption. Yet she too has been a symbol of dashed hopes. Amie Wexler, associate director of the Oregon Justice Resource Center in Portland, responded to the news about Outlaw’s move to Philly by stating: “I had high hopes for Chief Outlaw. I found her to be a big disappointment. We can and must do better. We need a real reformer who will root out white supremacy in the force and stop criminalizing protests & homelessness.”

So what can Philadelphians expect from Commissioner Outlaw and why might Mayor Kenney have chosen her? And how might this new police chief impact the local prosecutorial reform revolution that has served as an inspiration and model for the rest of the country?

To answer these questions, it’s worth taking a fresh look at Mayor Kenney’s counterpart in Portland, Ted Wheeler. Wheeler, often described as a “technocrat,” is a wealthy white centrist with a background in finance; like many US mayors, he is a strong ally of the local real estate industry.

After President Trump’s 2016 election, huge crowds in that overwhelmingly left-lean city took to the streets to protest, leading to police frequently unloading explosives, pepper spray and tear gas on city residents. Still not satisfied, Mayor Wheeler also tried to pass an emergency ordinance to impose time, place and manner restrictions on protesting that almost certainly would have failed to pass constitutional muster. Wheeler cited the quintessential NIMBY concern of protests causing property damage as one of his two leading reasons for the crackdowns.

Chief Outlaw, for what it’s worth, responded to the protests and agitation by a few extremists by calling for a ban on face masks—a tool that leftists felt protected them from reprisal from white supremacists, like the Proud Boy caught caught on video stomping a person on the ground. Wheeler held back from supporting her proposal.

Like Portland and San Francisco, Philadelphia is on the shortlist of cities that conservative shock jocks use to sound the alarm on how left-of-center governance allegedly ruins peoples’ quality of life. President Trump himself has recently taken below-the-belt shots at Philadelphia, mocking it at rallies for having a pro-human rights DA.

What makes Mayor Kenney’s Police Commissioner decision so interesting is that—unlike the mayors of Portland or San Francisco—the local left generally considers Kenney an ally, not someone who is likely to veer to the center to appease national right-wing bullies.

Perhaps Kenney decided that Outlaw is an improvement over Ross in terms of gender equity, despite her track record of failing to improve racially biased policing. But the mayor could have found that in many a candidate.

Or, with the 2020 election inching closer, perhaps Kenney is preparing for an uptick in both protests and scrutiny from non-residents. If the mayor of a liberal city with a large Black population wanted to suppress dissent with minimal political damage, it’s arguable that he couldn’t do much better than Outlaw.

Perhaps that is too cynical. The Philadelphia Inquirer’s editorial board is more optimistic, seeing Outlaw as able to get reforms done if she keeps a distance from the “bickering” it dislikes among top law enforcement officials in the city. Glossing over her significant past failures is wrong; but law enforcement leaders can improve, and Philadelphians will have to cling to that hope.