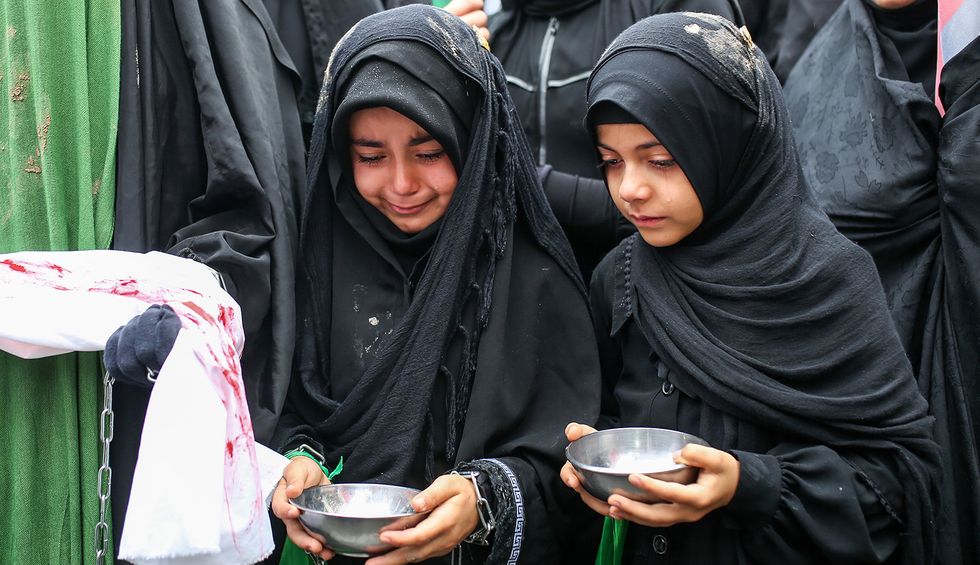 President Donald Trump warned the Islamic Republic of Iran in a tweet on Jan. 4 that the U.S. would target Iranian cultural sites, if provoked.

His threat followed the United States’ killing of Maj. Gen. Qassem Soleimani, head of the Quds Force, the foreign branch of the Iranian Revolutionary Guard Corps, which set off fears of retaliation. The Iranian government vowed to avenge his death, followed by missile strikes on U.S. bases in Iraq on Jan. 7.

Trump’s angry tweet, which was immediately condemned by many, may never become reality, even as tensions in the region escalate. The Pentagon, contradicting Trump, has ruled out the possibility of attacks on cultural sites and acknowledged that such an action would be a war crime. Talking to reporters later, Trump said, that he “likes to obey the law.”

Nevertheless, it is important to understand the significance of Iran’s heritage sites to its people, and to the broader Shiite community – and what the world would lose with their destruction.

Trump did not name the 52 cultural sites he threatened to attack. But as a scholar of Islamic art and architecture who has done fieldwork on religious and national monuments in Iran for the past 25 years, I can imagine that among his targets would be several remarkable monuments that exemplify Iran’s glorious history.

The ancient palace complex of Persepolis was designated a World Heritage site by UNESCO in 1979. Persepolis, located in the Fars province of southern Iran, was the capital of the Achaemenid Empire, which ruled this region from 550 BC to 330 B.C.

The magnificent structures of ancient Persepolis reflect the history of Iran as part of a great Persian empire, which once extended from the Balkans to western India.

The audience hall of one of the oldest buildings at Persepolis, Apadana Palace, was built by the Persian King Darius I. Massive stone reliefs on its processional stairways that depict a royal feast are important examples of the architecture of the ancient Near East. Its history is intertwined with that of other great civilizations, such as the Greeks, who sacked Persepolis in 330 B.C. under the leadership of Alexander the Great.

Then there is the heavily populated city of Isfahan, in central Iran – the capital of the Safavid Empire, which ruled Iran from 1501 to 1736. The city has some of the finest examples of Islamic architecture in the world.

Two iconic monuments on Isfahan’s Naqsh-i Jahan Square, a monumental plaza built at the end of the 16th century and sometimes compared to Venice’s San Marco Plaza, are the Imam Mosque and the Ali Qapu palace.

The mosque, constructed in 1612 by the Safavid King Shah Abbas I as the main place of Friday congregational prayer, is covered with ornate, multicolored calligraphic and floral tiles. The Ali Qapu palace is similarly majestic, with its five-story gateway decorated with intricate wall-paintings and mosaics.

Isfahan and its monuments reflect the glory of the Safavid empire and its central role in trade and politics of the early modern world. As such they are considered national treasures, reflecting the best of Iranian art and culture.

But Isfahan, the third largest city in Iran, is also home to two important nuclear facilities, including a plant for the conversion of uranium, making it a vulnerable target for military aggression.

Iran’s renowned heritage sites include religious centers venerated by Shii Muslims. The country has been majority Shiite since the 16th century, and views itself as the leader of the global Shii community. It is the primary patron and builder of Shiite institutions across the world, with a focus on holy sites in Iraq, Syria and Lebanon.

Shiite Muslims revere the family of the prophet, Muhammad, and see his descendants as the rightful leaders of the Muslim world. They differ in their beliefs from Sunni Muslims on the succession that followed the death of the Prophet in 632 A.D. This schism is the fundamental point of contention between Iran and Sunni-majority Saudi Arabia, its regional rival.

The primary sites of Shii veneration are the shrines of the Shii imams and their offspring, which are important pilgrimage destinations, especially during the holy months of Ramadan and Muharram. Among them is the tomb of the eighth imam, Reza, in Mashhad, in northeast Iran. A tomb of his sister Fatima Masuma in Qum, near Tehran, is also of particular significance.

The shrine of Imam Reza was expanded and embellished in the early 17th century as a magnificent architectural complex. It is centered on his mausoleum and includes royal tombs, a massive mosque and an unparalleled collection of historical manuscripts and cultural artifacts.

The shrine of Fatima Masuma in Qum, like that of Imam Reza established in the eighth century, is also a leading Shii seminary. The library and madrassa, or Islamic school, serve thousands of students and scholars. Ayatollah Ruhollah Khomeini, the ideologue of the 1979 Iranian Revolution, studied and preached there.

They are the only major Shii monuments in Iran. The others are in neighboring Iraq, which explains to some extent the close military and ideological ties between the two countries.

The tomb of Ayatollah Khomeini, located midway between Qum and the Iranian capital of Tehran, has itself become a highly popular pilgrimage and tourist site. It is at once a religious icon and a national symbol.

The global Shii community reaches from Canada to Tajikistan, from Lebanon to Pakistan. When Trump threatens to destroy Iranian cultural sites, he risks angering not only Iran but also more than 200 million Shii Muslims worldwide for whom these monuments hold deep religious meaning.

Such aggressive tactics mimic the strategy employed by the Taliban when it destroyed the Bamiyan Buddhas, or when Daesh blew up the 12th-century Mosque of Nur al-din Zangi in Mosul. These extremist groups use the destruction of cultural sites as a tactic of war, to display their unilateral power and an absolute disregard for histories not allied with their own political agenda.

Moving American military policy away from only targeting military assets to threatening symbolically and religiously meaningful architectural monuments, in my view, would be provocative and expose the U.S. to international condemnation. Thankfully, so far, the Pentagon has ruled out any such action.

You’re smart and curious about the world. So are The Conversation’s authors and editors. You can get our highlights each weekend.