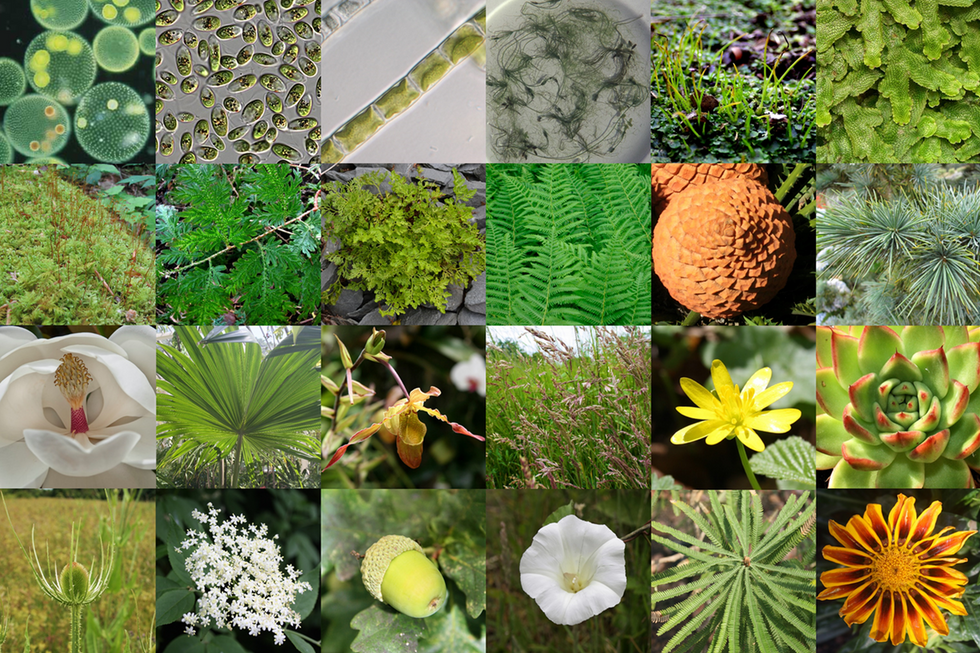 The world 500 million years ago looked very different to today. The land was bare, with only bacteria, fungi and algae able to survive on it. Everything else lived in the ocean, but once plants moved onto land, they changed almost everything on Earth’s surface. They helped to create soils, rivers and the oxygen-rich atmosphere, which eventually allowed animals to live a life out of water.

Our study, recently published in Current Biology, found that bursts of new genes helped plants make the move from water to land. The first land plants, like today’s flora, consisted of many cells with multiple functions that were controlled by thousands of genes made of DNA. We compared the complete gene sets of living plant species ranging from wheat to quinoa and were able to discover the genes which first enabled plants to colonise the land and change life on Earth forever.

Revealed: the first ever flower, 140m years ago, looked like a magnolia

We found that two large groups of genes appeared in plants during the transition onto land. This means that the evolution of land plants was driven by the emergence of new genes, previously not seen in close relatives. We know this because natural selection removes genes that aren’t essential for the organism’s functioning, so if these genes didn’t play an important role, they would have been lost.

Interestingly, these new genes are found in all land plants in our study, which includes the flowering plants (tomato, rice and orchid), as well as the non-flowering plants (conifer, ginkgo and moss). This suggests that these genes were crucial for allowing plants to survive on land, but how did they help the forerunners of land plants adapt to their new environment?

When land plants evolved, the number of new genes in the plant kingdom exploded.

Green algae are among the closest living relatives of the first land plants and are mostly found in aquatic ecosystems, like the ocean and rivers. They’re able to absorb water and nutrients from their surroundings. When plants first colonised land, they needed a new way to access nutrients and water without being immersed in it.

We found the genes that helped early land plants do this by developing rhizoids – root-like structures that helped them stay anchored in the ground and access water and nutrients. We also identified genes involved in gravitropism, which is what helps roots grow in the right direction. After all, a life out of water would have meant needing to know which way was down. These new genes helped plants coordinate the growth of rhizoids downward and ensure shoots grew up to maximise how much light they could absorb.

The transition of plants from water to land occurred in a landscape of extreme heat and light, and with little water. The genes we identified allowed early land plants to adapt to the stress of living outside of water, ensuring they could establish themselves and tolerate these harsh conditions.

Curious Kids: where did the first seed come from?

A big difference between land plants and their close relatives, green algae, is that land plants develop embryos. In mosses and ferns, this embryo takes the form of a spore while in a lot of other plants, it’s the seed. We found genes that allowed the first land plants to produce and protect these embryos with specialised tissues that limited damage from ultraviolet light and heat.

By protecting the embryo, a plant increases the chances of its genes being passed on to the next generation, making them more likely to disperse and survive and allowing land plants to colonise the barren landscape.

The diversity of land plants and close algal relatives.

The movement of plants from water to land is one of the most momentous shifts in the history of life on Earth. The number of new genes that emerged as land plants evolved is far larger than at any other point in the evolutionary history of plants, even more than those that came with flowering plants.

This burst of new genes marks arguably the most important evolutionary development in the history of plant life. Previously, scientists thought gradual changes at the genetic level underpinned the emergence of plants on land. Now we know that the first land plants were able to produce an embryo, tolerate a range of environmental stresses and anchor themselves to land through an explosion of genetic innovations. These new genes enabled plants to dominate dry land, diversify into over 374,000 species and shape the modern ecosystems we see around the world today.