WATCH: Trump supporter hilariously stumbles when asked to name one thing the president has done well 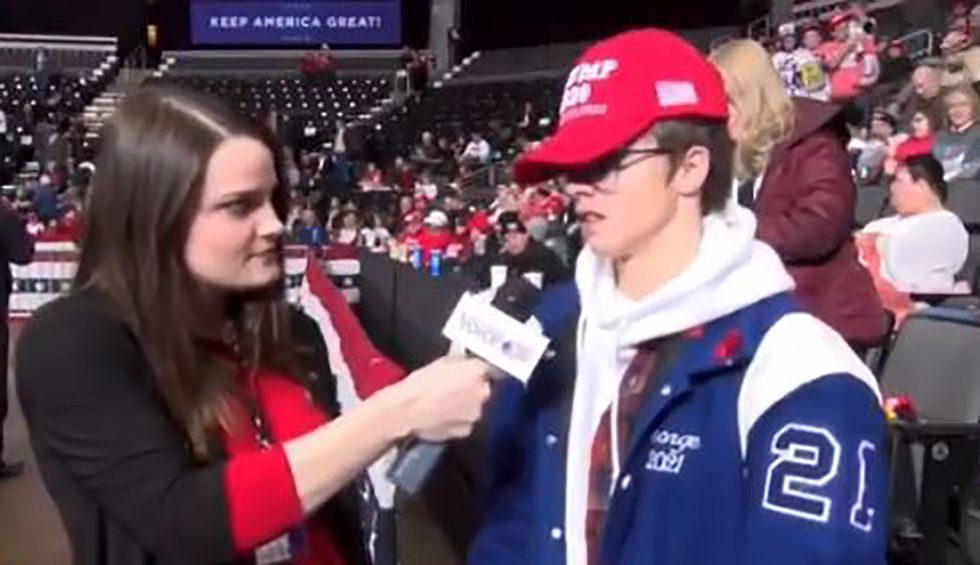 A supporter of President Donald Trump found himself completely tongue-tied on Thursday evening after being asked a simple question about what he believes that the president has done well in his three years in office.

In footage taken at Trump’s campaign rally in Ohio, a reporter asked the Trump supporter, “What is something that you believe the president has done well?”

The supporter responded by stammering