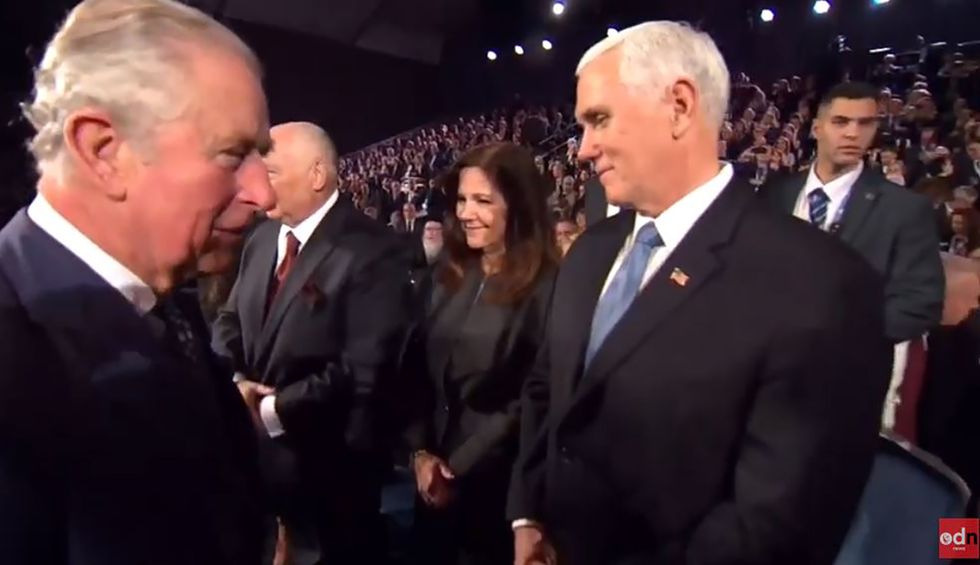 Prince Charles snubbed Vice President Mike Pence as he shook hands of other attendees at the Fifth World Holocaust Forum in Jerusalem. A video shows the Prince of Wales shaking hands, then, as he comes to the American Vice President, whose hand is outstretched, Charles walks right past him.

As Charles walks past Pence, the Vice President can be seen retracting his arm and appears to be suppressing a look of surprise.

The White House was quick to deny that Charles, who is the heir apparent to the British throne, had snubbed Pence. In fact, the Vice President’s office, unprompted, reached out to one conservative news outlet to deny the snub.

Katie Waldman, the Vice President’s press secretary, “contacted The Washington Examiner and told us ‘VP and Prince Charles spoke prior to entering the event floor and after his remarks as well.’”

Which does not negate the snub.

One person who did not snub the Vice President was Russian President Vladimir Putin, who did shake Pence’s hand.