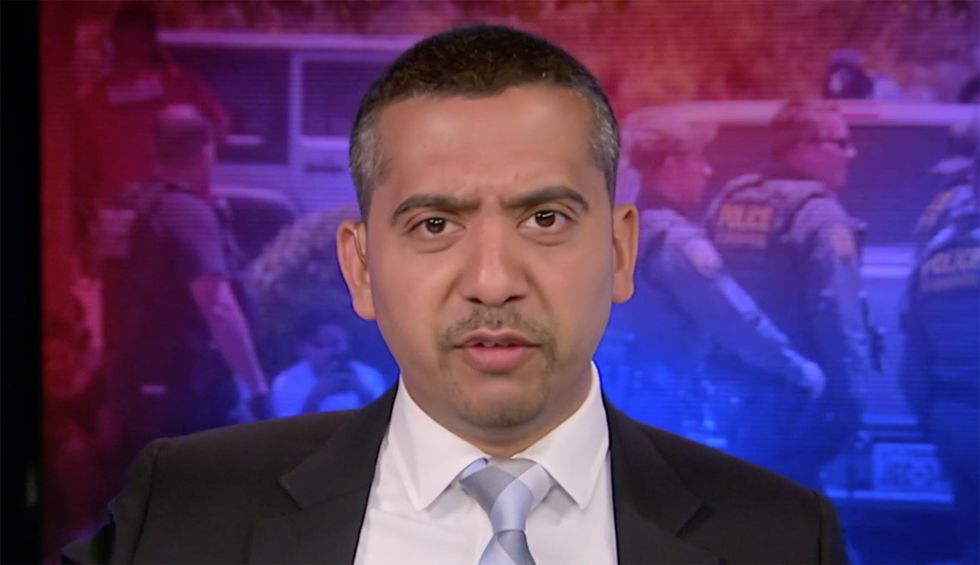 With Iranian military commander Qasem Soleimani having been killed by a U.S. airstrike, the impeachment of President Donald Trump is now taking a back seat in the headlines to fears of all-out war between the United States and Iran. And when British journalist Mehdi Hasan appeared on MSNBC’s “AM Joy” on Sunday, the progressive firebrand implied that this is not a mere coincidence.

“Why is he so intent on attacking Iran now?,” Hasan asked host Joy Reid, quickly noting that the attack which killed Soleimani came at a time when Trump is getting ready to face an impeachment trial in the U.S. Senate.

Hasan was highly critical of Trump’s Iran policy, describing him as a “man-child in the White House” and implying that attacking Iran could possibly lead to a resurgence of the terrorist organization ISIS (Islamic State, Iraq and Syria).

Despite all the bad blood between the U.S. and Iran, the countries have had a common enemy in recent years: ISIS. While ISIS embrace an extreme, far-right form of Sunni fundamentalism, the Iranian government is run by Shiite fundamentalists.

Hasan told Reid, “Trump is bragging about war crimes on Twitter, saying he will attack cultural sites. You know who else attacks cultural sites? ISIS, the Taliban. Is that the company the U.S. president wants to keep?”

On Twitter, Hasan praised Reid for mentioning the CIA’s overthrow of the democratically elected government of Iranian Prime Minister Mohammad Mosaddegh, a socialist, in 1953.

Just had a chat with @JoyAnnReid on @msnbc about the Iran crisis. Props to her for opening the show with reference… https://t.co/fG3qZAGUGL
— Mehdi Hasan (@Mehdi Hasan) 1578237708.0

"This is what happens when you put a narcissistic, megalomaniacal, former reality TV star with a thin skin and a ve… https://t.co/UyxPA9Jmem
— Mehdi Hasan (@Mehdi Hasan) 1578241663.0