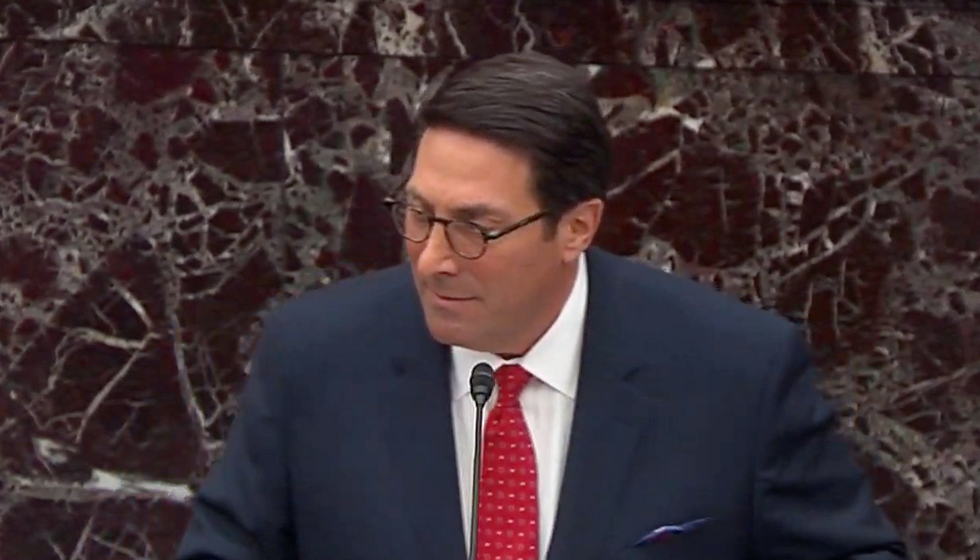 On Tuesday, Donald Trump’s legal team stood before the Senate to give its closing argument … and discovered it didn’t have one. Instead, Pat Philbin spent half an hour adding some footnotes to Alan Dershowitz’s Monday night muddle. Pat Cipollone devoted 10 minutes to running some 20-year-old video of Democratic representatives complaining about Bill Clinton’s impeachment. And Jay Sekulow provided America with an hour of television too incoherent even for Alex Jones.

Sekulow’s final speech wasn’t so much an argument as it was the world’s angriest tone poem, a dissociative spew that drew from more conspiracy theories than four seasons of X-Files. And if it sometimes seemed that Sekulow was channeling the robot from Lost in Space, he was most definitely lost. But Sekulow did have a theme: Why won’t everyone stop picking on Donald Trump?

Well … quite a lot, actually. Sekulow’s speech wasn’t rambling or inarticulate so much as simply pointless. He touched on more conspiracy theories than can be composed by a whole alphabet of secret Twitter sources, but even when accepting such ideas as Joe Biden being corrupt, or Donald Trump being the downtrodden underdog, Sekulow failed to knit the threads together into something that looked more organized than dryer lint. If Adam Schiff gave a moving speech for the ages, and he did, Sekulow’s coda didn’t merit a moment.

Mostly, what Sekulow achieved in an hour was the same thing his compatriots managed in a much shorter period—a statement that he had nothing. That there was no defense of Trump’s actions. That there was no answer to the challenges posed by new evidence. And he demonstrated that Donald Trump selects lawyers by loyalty, not competence.

Not one of Trump’s attorneys could produce anything that looked like a closing argument. Because that first requires an argument.

Ralph Nader's election wisdom: 'In the swing states, you have to vote for Joe Biden'