Trump threatens Iraq with sanctions 'like they've never seen before' 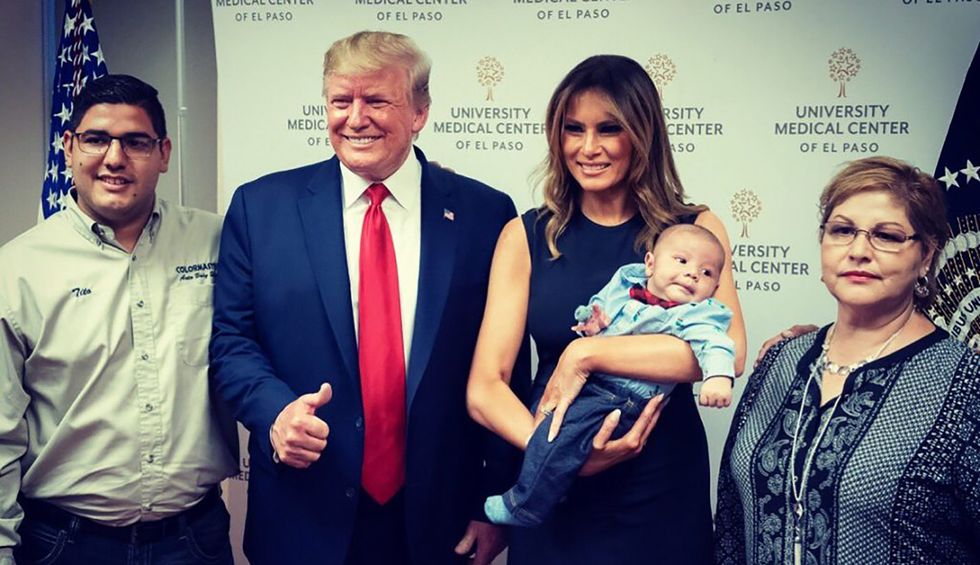 Progressive anti-war voices expressed fresh condemnation of President Donald Trump overnight after he told reporters late Sunday that the people of Iraq would be sanctioned "like they've never seen before ever" if they follow through with an effort to force all U.S. military forces out of the country.

"It's hard to overstate how bonkers this is." —Jeet Heer, The Nation

Answering questions aboard Air Force One on his way back from a two-week vacation in Florida to the White House, Trump was asked about Sunday's passage of a two-fold resolution in the Iraqi Parliament that called on the government to expel all American troops from the country and file a United Nations complaint against the U.S. for violating Iraq's sovereignty with last week's assassination of Iranian General Qasem Soleimani in Baghdad.

In response, Trump said that the U.S. would not leave on "a friendly basis" and vowed to make the Iraqis pay the U.S. back for military expenditures made in the country during the occupation that followed the 2003 invasion.

"We will charge them sanctions like they've never seen before ever. It'll make Iranian sanctions look somewhat tame," Trump told the pool reporters. "If there's any hostility, that they do anything we think is inappropriate, we are going to put sanctions on Iraq, very big sanctions on Iraq."

The fact is that the people of Iraq have seen devastating sanctions imposed by the U.S. before and the results were catastrophic. A study published in The Lancet in 1995 put the number of child deaths attributable to U.S. sanctions following the first Gulf War as high a 576,000—over a period of less than four years. While other estimates are lower—and vary depending on the time period considered—the numbers remain in the hundreds of thousands of young children who would otherwise have lived if not for the devastating—and predictable—impacts of U.S. economic and trade sanctions.

In his comments about new U.S. sanctions, Trump specifically mentioned "a very extraordinarily expensive air base" the U.S. built in Iraq. "It cost billions of dollars to build. Long before my time," Trump said. "We're not leaving, until they pay us back for it."

Given the standing international call that the U.S. should be made to pay reparations for its destruction of Iraq over the last 17 years, Trump's threats to impose crushing sanctions was met with immediate rebuke by critics.

"It's hard to overstate how bonkers this is," tweeted Jeet Heer, national-affairs correspondent for The Nation magazine.

Iraq, of course, was already under heavy US sanctions from 1989 to the 2003 invasion and occupation. The sanctions are estimated to have killed 1.6 million Iraqis, a great many of them children. Those sanctions were to punish Iraq for weapons of mass destruction that they didn't have.

Trump's threat is meant to imply he'll inflict something even worse on Iraq this time. This is perhaps even more galling in that the threat is the result not of anything wrong that Iraq has done, but just because Trump is very cross with them.