Trump the transgressor: The strange psychological appeal of leaders who break the rules 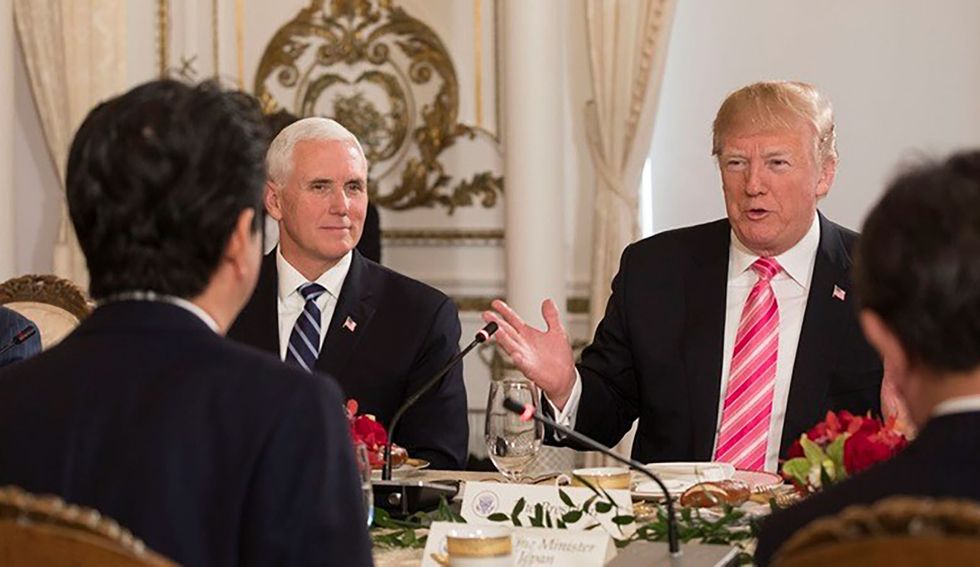 Many of today’s politicians appear to appeal to the basic human need for safety, presenting their versions of strong leadership as the best hope for order and safety in a fearful world of growing instability and risk. Much evidence confirms that this appeal is certainly an important factor in the political landscape.

But alongside this, other psychological dynamics are currently influential in a number of Western democracies – particularly in attracting people to support populist leaders and their agendas.

One of these – which is of particular relevance to the impeachment trial of the US president, Donald Trump – concerns the pleasure and excitement that some citizens appear to find in a leader who breaks rules and ignores taboos. These transgressions can come in various forms, such as controversial statements, unconventional lifestyles or disrespectful approaches to the political process. But they can also extend to improper activities and abuse of power – such as those detailed in the impeachment charges against Trump – or anti-democratic activity and violence.

I suggest that support for this kind of leader can be understood as “identification with the transgressor”. This is an idea modelled on the concept of “identification with the aggressor”, a term coined by the psychoanalyst Anna Freud in 1936. Since then, psychologists have used the concept to understand a range of behaviours, including our tolerance of or collusion with bullies.

Different types of transgressive leader can appeal to transgressive parts of ourselves. Like others before him, the psychoanalyst Sigmund Freud, Anna’s father, observed that some measure of resentment towards authority and of a longing to cast aside the rules, is a universal feature of the human psyche. In its development since Freud, the psychoanalytic tradition has examined how this longing is a legacy of the painful process of emotional development we each undergo very early in life as we come to accept the limits placed on us as requirements for membership of human society.

Where there are good reasons to think that normal political processes are failing, many people can feel a surge of gratitude towards a leader who breaks with some conventions with the aim of bringing more integrity and legitimacy to political life. Lech Wałęsa in Poland and Vaclav Havel in Czechoslovakia, and others who led the way out of totalitarianism for countries in the Communist bloc, were certainly transgressors within the political worlds they confronted. They could be identified as a force for good in a corrupt or sclerotic system.

But given our built-in ambivalence towards authority and rules, we can also identify with political leaders whose transgressions are driven at least in part by more destructive impulses. While promising their supporters a better world, these leaders use rhetoric that focuses on the urgent need to attack existing authorities and destroy existing arrangements, with little real attention paid to how to replace them.

One example is a coup leader who, once in power, has little plan for bettering their country. At worst is the leader free of most if not all moral constraint, who is contemptuous of international standards of conduct, and unconcerned by the human costs of his or her own conduct.

Therefore, one psychological question hanging over the US impeachment proceedings is the extent to which Trump’s support base will judge him negatively over the events at the centre of the impeachment trial. When Americans head to the polls in November 2020, how many will be inclined to enjoy Trump’s truculent dismissal of any criticism, and his capacity to brazen it out?

Remember, evidence of Trump’s questionable moral conduct was available to the US electorate in 2016. Following the release before the election of a videotape in which he boasted about groping women without their consent, 91% of those likely to vote for Trump said in a CBS/YouGov poll that the tape didn’t change their view of him. And Trump was elected.

The refusal by many voters to censure Trump for his transgressions has a powerful psychological basis to it in the wish to break free of authority. This can also be enjoyed without the guilt that would, for most people, usually accompany an assault on widely held values.

That’s because a leader like Trump offers an opportunity to combine transgressive pleasure with the moral high ground. This emotional package is offered to those who identify with Trump’s (somewhat erratic) self-presentation as a fusion of pleasure-seeking rebel and visionary saviour, leading an insurrection against the corrupt authorities – “the swamp”.

The eulogistic book on Trump by Conservative commentator Ann Coulter is one of many demonstrations of how much his supporters are energised by the wish to attack the “establishment” for their own alleged transgressions. Of course, not all Trump supporters feel this way, or support him for the same reasons.

This populist attack on the established elite can enable the supporters of the transgressive leader to feel that they are on a moral crusade, as well there for a pleasure kick. This could be a powerful aid to Trump in the coming election. We should expect such a transgressor figure to continue attracting strong identification and support, unless challenged by a leader who can somehow disrupt the transgressor’s psychological relationship with their support base.