Trump team's perverse impeachment defense: He should not be impeached even if he's guilty 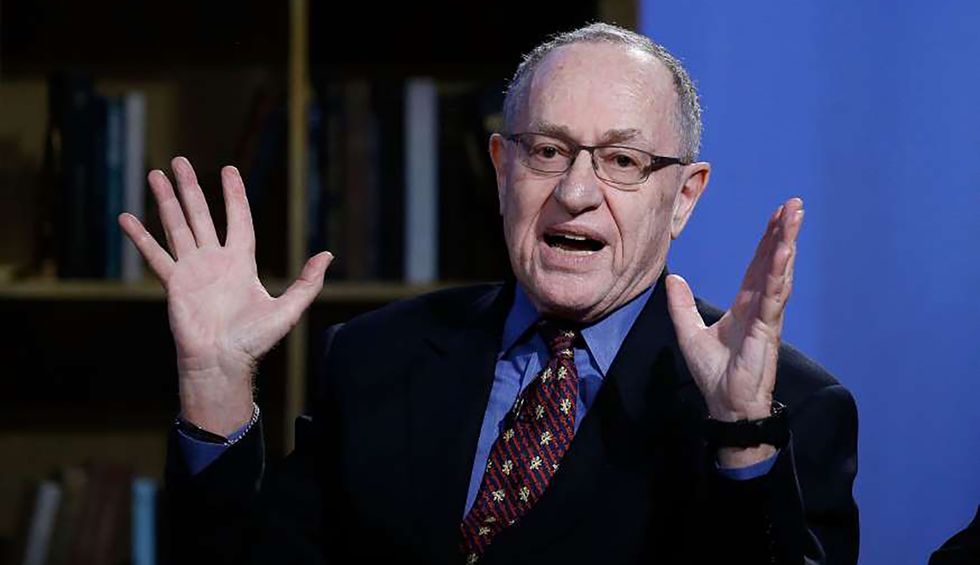 The Senate trial of Donald Trump's Articles of Impeachment is set to begin on Tuesday. In advance of that, the Democrats released a 111 page brief on how they intend to prosecute the case against Trump. It's a detailed and comprehensive outline of the high crimes and misdemeanors that justify Trump's conviction and removal from office.

On the other side of the aisle, Trump's motley crew of Fox News lawyers released a shallow and lie-riddled response that hardly touches on the specific allegations against Trump. In fact, Trump's official answer to the Articles of Impeachment is an emotional seven page rant that repetitiously makes a single point: that "the Articles of Impeachment are constitutionally invalid" because they "fail to allege any crime or violation of the law." It further states that it is "a lawless process that violated basic due process," and that its consideration would be "subverting the will of the American people."

Every bit of that is utterly false and has no legal basis as a defense. The charge that there is no crime alleged is false because Trump's efforts to coerce the Ukrainian president into aiding his scheme to smear Joe Biden is, in fact, a crime. So is withholding military aid allocated by Congress and signed by the President. So is ignoring Congressional subpoenas for documents and ordering his subordinates not to cooperate. But even if those weren't crimes, it wouldn't matter because the Constitution doesn't require violations of criminal statutes. For one thing, there weren't any criminal statutes at the time the Constitution was written.

As for due process, that is a right granted in courts of law conducting criminal prosecutions. Due process doesn't apply here because impeachment is a political process conducted in the Congress. Even so, Trump was permitted to present his witnesses and defense, but he declined to do so. He even refused after complaining about not having such an opportunity. And he's still refusing to allow witnesses and documents that he says are exculpatory.

The claim that impeachment "subverts" the will of the people is bizarre on its face. Was it subverting the will of the people when Clinton was impeached? How could any impeachment - which is, of course, in the Constitution - be pursued without the prospect of removing an elected president? To suggest, as Trump's response does, that impeachment is "a dangerous attack on the right of the American people to freely choose their President," is to assert that the Framers were out of their minds for including impeachment in the Constitution in the first place. And Trump probably shouldn't raise the issue of "the will of the people" to "freely choose their President," when he lost the election by 3,000,000 votes.

To bolster his argument that impeachment is invalid, Trump assigned the newest member of Fox News legal team, Alan Dershowitz, the task of presenting his case to the media. Dershowitz was interviewed by George Stephanopoulos where he offered up this preposterous legal theory:

Stephanopoulos: Is it your position that President Trump should not be impeached even if all the evidence and arguments laid out by the House are accepted as fact?

.@GStephanopoulos: "Is it your position that President Trump should not be impeached even if all the evidence and a… https://t.co/2ZyzC3LNvO
— ABC News Politics (@ABC News Politics) 1579444734.0

Think about that. Dershowitz, as well as Trump's defenders in Congress and the press, believe that a president may abuse power and obstruct Congress without ever having to worry about being held accountable. They can collude with adversarial foreign governments to interfere with an election. They can publish stolen emails and other private documents to smear their opponents. They can withhold critical funds in order to coerce foreign leaders to do their bidding on personal matters. And they can refuse to disclose such behaviors, and even lie about them to the American people.

That's the crazy vision that Trump and the Republican Party are offering to the nation. That's their depraved interpretation of the Constitution. And that's the legal basis for which they believe Trump should be exonerated. They know that they cannot defend Trump as innocent, so they're embracing his guilt as acceptable. That's how far Trump and the GOP have fallen.