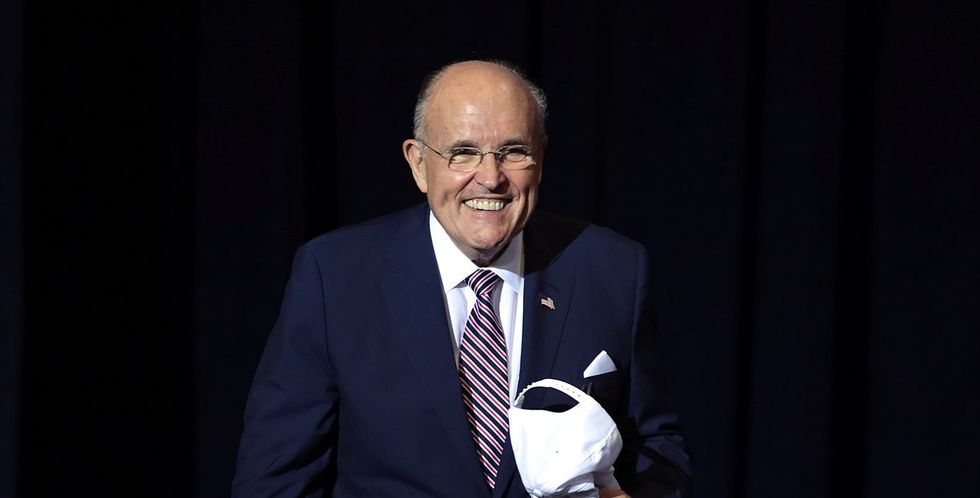 Donald Trump is just dying to have his impeachment trial be a D.C. mash up of COPS and Jersey Shore, but apparently some sanity crept into the script he's been preparing and his gaffe-a-minute personal lawyer Rudy Giuliani didn't make the cut.

Politico reports that Cipollone is "a well-respected litigator within conservative circles"—never mind that he's put his name on a series of legally unsound, garbage opinions that have flowed from the White House counsel's office under his direction. But none of that really matters to Trump. The biggest problem is that Cipollone might be a ratings dud.

Politico reports that the decision to make Cipollone Trump's front man is "the biggest gamble."

“The president is very attuned to how people perform on TV,” a senior administration official said. “He knows he will be acquitted, but is itching to get his side of the story told under oath and in front of the world. He’s itching to have a robust defense be the best offense.”

Whether Cipollone turns in a good performance surely won't be a mystery, as Trump will be following along and likely tweeting in real time. If Cipollone is bombing, Trump will be the first to let the world know that he's never even met that man.