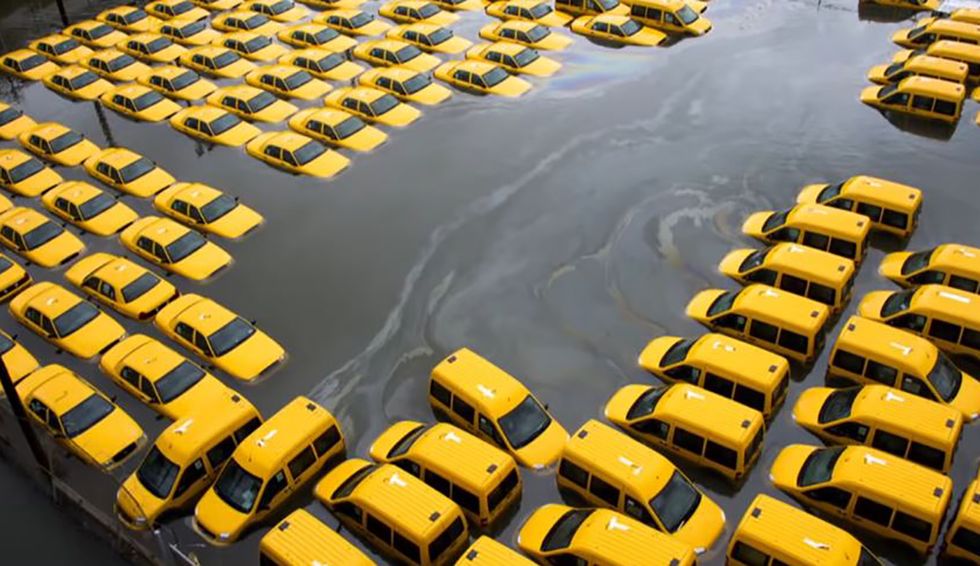 Whenever Trump is facing really bad news, he follows his mentor, Roy Cohn’s, playbook, and ups the ante in terms of sheer nastiness. The prospect of facing his imminent impeachment trial next week in the Senate is about as bad news for Trump as he has ever experienced in his privileged life.  So yesterday he exercised his fat little tendrils and tapped out the following, revealing once again what a repulsive excuse for a human being he is.

The object of Trump’s derision here was the building of a sea wall proposed by the Army Corps of Engineers to protect greater New York City from the next Superstorm Sandy and the encroachment of rising sea levels caused by man-made climate change.

[Trump] came up with the snide, unhelpful suggestion in a tweet as he criticized ongoing discussions about the possibility of constructing a sea wall to protect New York City, where low-lying areas have already experienced increased flooding from the encroaching ocean. The president called it an “environmentally unfriendly idea” that will “look terrible.”

Hurricane Sandy claimed the lives of 53 New Yorkers, destroyed thousands of homes and hundreds of thousands of motor vehicles, as streets and subways flooded.  Thousands of people were evacuated, electricity grids were cut off, the major tunnels and roadways leading in and out of the city were impassable, and several hospitals were forced to close. Damage to the city itself, both economic and physical, from this single storm, amounted to over $19 Billion. The overall damage of that single storm, including its severe impact to northern New Jersey, topped $65 Billion.

Far from the “200 billion dollar” figure quoted by Trump (which he either made up or more likely, obtained from Fox News), the seawall’s cost, over its 25-year construction phase, would be $119 Billion. A finalized formal proposal on the seawall is expected to be submitted to Congress in 2022.

As one comment from Twitter reads, “Imagine being this proud of being this ignorant.” But it’s even worse to imagine something as heartless, nasty and vindictive as this coming from an American president.

Unfortunately, no one needs to “imagine” that any more.