Trump is testing the limits of presidential power. Obama did, too. 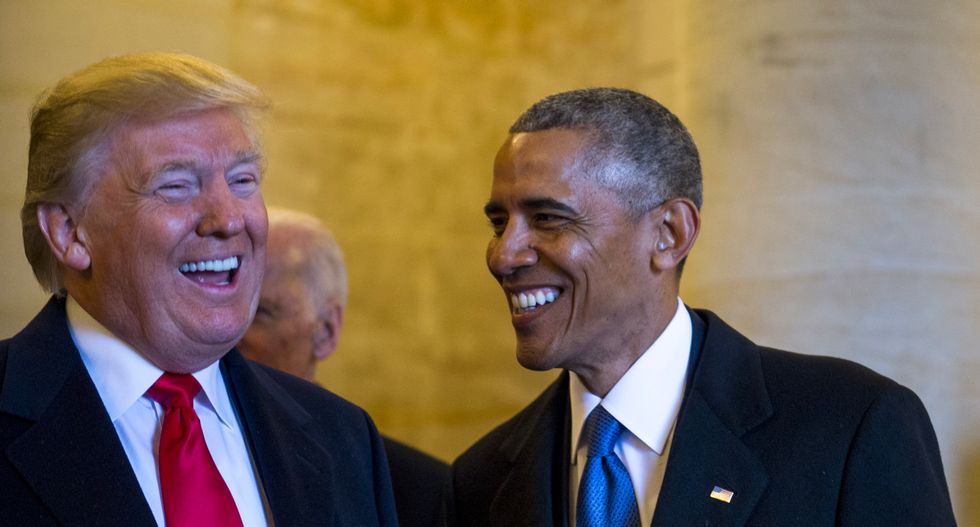 To many observers, President Donald Trump’s decision to kill a senior Iranian general is yet another example of his unique impetuousness and determination to go it alone in his foreign policy. Congress has begun to take steps to reel in Trump’s independence.

There are important similarities between Trump’s action and the decision by President Barack Obama to attack Libya in 2011.

Both acted unilaterally without much apparent concern for Congress’ role in military actions, a topic I discuss in my recent book, “The Politics of War Powers.”

But there are some pretty significant differences, too.

The Constitution reserves for Congress the power to declare war. However, after World War II, several presidents – including John F. Kennedy, Lyndon Johnson and Richard Nixon – initiated military operations without congressional approval. They claimed that they could take military action short of actual war through their constitutional capacity as commander-in-chief of the military. Often they also said they needed to support U.N. or NATO allies who were using force.

By 1973, Congress wanted to reclaim its authority. Over President Nixon’s veto, bipartisan supermajorities passed the War Powers Resolution, requiring presidents to get congressional permission in advance of military action that goes beyond defending against an actual attack.

There are two loopholes, though: If the president does take unilateral action, he must inform Congress within 48 hours. And the president can initiate and carry out military operations for up to 90 days even without congressional approval.

In 2011, the Arab Spring movement saw citizens across North Africa and the Middle East call on authoritarian regimes to become more democratic.

Many leaders in the region responded with violent crackdowns on protests, some of which appeared to violate the protesters’ human rights. Due to the especially violent repression in Libya, the United Nations Security Council authorized countries to take “all necessary measures” to protect the protesters there.

Without informing or consulting Congress, as the Constitution and the War Powers Resolution require, Obama launched airstrikes against Libyan armed forces on March 19, 2011, alongside NATO allies. Two days later, the president formally informed Congress of his action.

Only a few hawkish Republicans supported the president’s unilateral action. Most Republicans criticized the move. Sens. Richard Lugar and Rand Paul decried Obama’s actions as unconstitutional, claiming he had encroached on legislators’ war powers. Michigan Congressman Justin Amash said, “When there is no imminent threat to our country, he cannot launch strikes without authorization from the American people, through our elected representatives in Congress.”

Some Democrats also criticized Obama’s action. Ohio Congressman Dennis Kucinich and other liberal Democrats went so far as to file a lawsuit against him, objecting to the use of military force without congressional approval.

Obama’s Cabinet members and the Pentagon coordinated with each other and NATO allies to organize the operation, but the operation took time. As the airstrikes passed the 90-day mark, Obama didn’t follow the War Powers Resolution’s requirement to pull troops out.

Instead, he sent a State Department lawyer, Harold Koh, to Congress to explain that their U.S. military actions didn’t actually amount to the sort of “hostilities” defined by the law.

Koh’s testimony took a certain amount of criticism, but beyond wagging their fingers, senators did nothing to impede or authorize Obama’s actions. The House chastised Obama for failing to notify Congress, but a motion to pull all U.S. forces out of Libyan action failed – with most Democrats choosing not to limit Obama’s unilateral action, even though it encroached on their legislative powers.

President Trump’s decision to order a lethal drone strike against Iranian Maj. Gen. Qassem Soleimani on Jan. 3 has some similarities. They include both sudden, unilateral action by a president and sharp criticism from his political opponents.

But there are important differences that show how much farther Trump is willing to push the boundaries of his own individual power.

Congress had already been worried about Trump taking unilateral military action: In April 2019, Congress tried to invoke the War Powers Resolution to pull U.S. support out of Yemen.

And in December 2019, Congress tried to pass a defense spending bill that limited Trump’s ability to engage militarily with Iran. Missouri Republican Sen. Roy Blunt, along with others, objected to that proposal, however, saying he favored “flexibility” for the president. That objection won out over Congress asserting its war powers.

When Trump exercised that “flexibility” and ordered Soleimani killed, there was – as with Obama – a great deal of congressional criticism. But this time, it was split along partisan lines.

Republican Sen. Jim Risch from Idaho praised Trump’s “decisive action” and the “successful outcome.” South Carolina Republican Sen. Lindsey Graham tweeted a threat to the Iranian government saying, “if you want more, you will get more.”

The Democratic-controlled House has approved a resolution that would limit Trump’s ability to fight against Iran. It is unlikely to make it through the Republican-controlled Senate.

A new view of presidential power

Trump’s unilateral action stands out from his predecessors’ in part because of his apparent disregard for congressional power.

A week after the killing of Soleimani, Trump’s administration began to formally tell Congress about the strike on Soleimani.

In the meantime, the president unilaterally decided to send troops to Kuwait. He also claimed that sending a tweet about military force could serve as a formal notification of Congress.

Trump has claimed various authorities for the drone strike, including a 2002 law authorizing the president – then George W. Bush – to use military force in Iraq.

Trump has also said he acted against Soleimani to stop “imminent and sinister attacks on American diplomats and military personnel,” a justification that isn’t allowed under the War Powers Resolution, which only authorizes a response to an actual attack after it happens.

Public opinion may be a factor

With Congress bitterly divided along partisan lines, it’s clear the majority of senators – Republicans – will have veto power over any congressional effort to check Trump’s actions. If lawmakers do nothing, Congress will have effectively ceded its war powers to the president. If the dispute goes deeper, the Supreme Court would likely avoid getting involved, because it’s a dispute between the other two branches about their respective claims to constitutional powers.

The only remaining check would be popular opinion, which can rise and fall as national security crises unfold. But Trump’s popularity is unusually stable, leaving him free to act with the confidence that his base won’t abandon him.

The executive branch will continue to determine the course of action with Iran. On Jan. 8, Trump himself told the nation, “As long as I’m president of the United States, Iran will never be allowed to have a nuclear weapon.” Without congressional restraint, what that means – and how he carries out that promise – rests entirely in Trump’s hands.