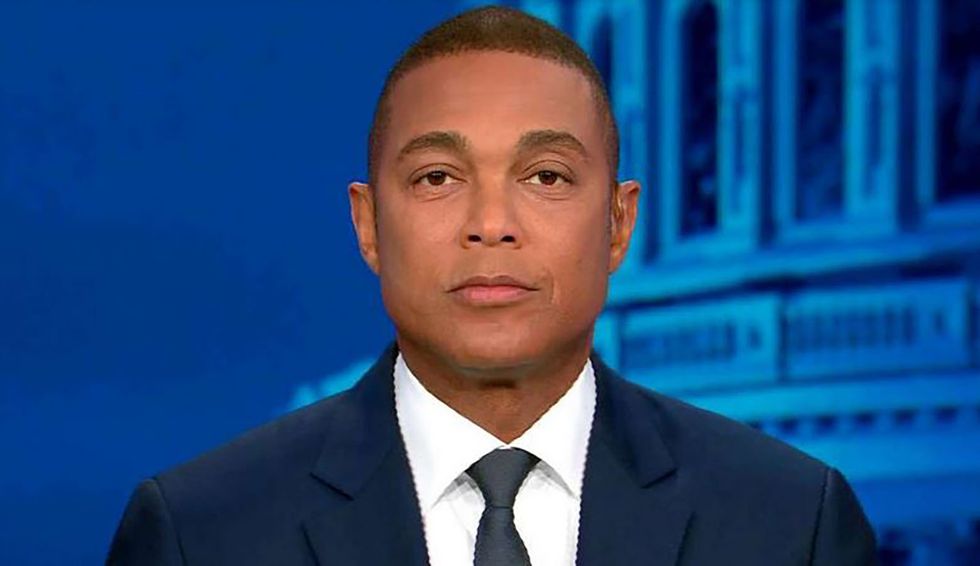 In the wee hours of the morning, just past midnight, President Donald Trump launched an attack against CNN’s Don Lemon, calling him “the dumbest man on television (with terrible ratings!).”

In a segment on Lemon’s show from Saturday, Lemon laughed so hard at Republican strategist and Never-Trumper Rick Wilson that at one point he banged his head on his desk.

It was too much for the thin-skinned Leader of the Free World.

Wilson was talking about Mike Pompeo’s egregious attack on an NPR reporter, who he lied about by claiming she “lied twice” and accusing her of agreeing his Ukraine remarks were off the record, when she did not – which emails prove. After the interview the Secretary of State forced her to identify Ukraine on an unmarked map. A two-decade veteran of covering the State Dept., and with a masters in European studies from Cambridge, the reporter had no trouble pointing to the country on a map.

Pompeo, Wilson said, “also knows deep in his heart that Donald Trump couldn’t find Ukraine on a map if you had the letter ‘U’ and a picture of an actual crane on a map.”

Wilson called Trump’s base “the credulous boomer rube demo that wants to think that ‘Donald Trump’s the smart one and y’all elitists are dumb,'” he said in a mocking drawl.

“‘You elitists with your geography, and your maps, and your reading,'” NY Times and CNN contributor Wajahat Ali added, also mocking Trump’s base.

“‘Your math and your reading,'” Wilson chimed in.

“‘Yeah, your reading, your geography, knowing other countries, sipping your latte,'” Ali added, continuing to mock Trump’s base.

Trump furiously tweeted out his attack:

Interestingly, Trump went after Lemon, who was only laughing – and not Wilson or Ali, who were the ones really mocking him.

About two hours after Trump posted his attack, Ali revealed, “Friends are now concerned about my safety.”