Trump administration is refusing to turn over details on secret Kushner 2017 meeting in China until after the election: report 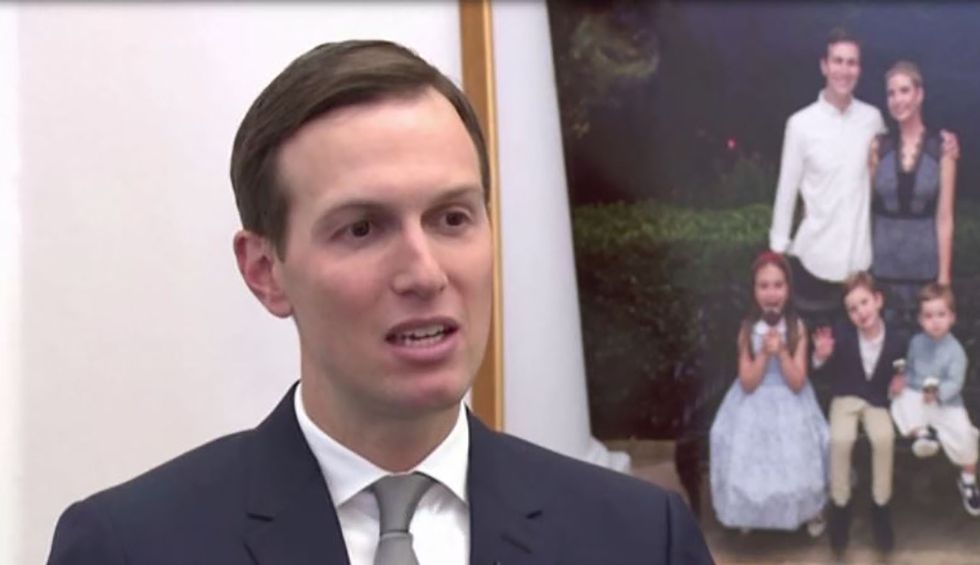 While President Trump was on a 12-day tour of Asia back in 2017, there was one meeting that didn’t appear on White House or State Department agendas: it was a meeting with Chinese private equity investors convened by Jared Kushner and U.S. Ambassador Terry Branstad. According to a report from CNBC, the meeting took place during a time when the Kushner family was under fire for pursuing overseas investors while Jared occupied a senior role in the White House.

“A White House official had subsequently confirmed the existence of the meeting to CNBC, but when pressed on attendees, the official would only say no real estate investors were present,” CNBC’s Kayla Tausche writes.

CNBC filed a Freedom of Information Act request to get more information on the meeting, and while the State Department acknowledged the request on December 11, 2017, but said that getting more information would be difficult because of the “unusual circumstances” surrounding the request.

Speaking to CNBC, the State Department said it aims to complete the request by July 2021.