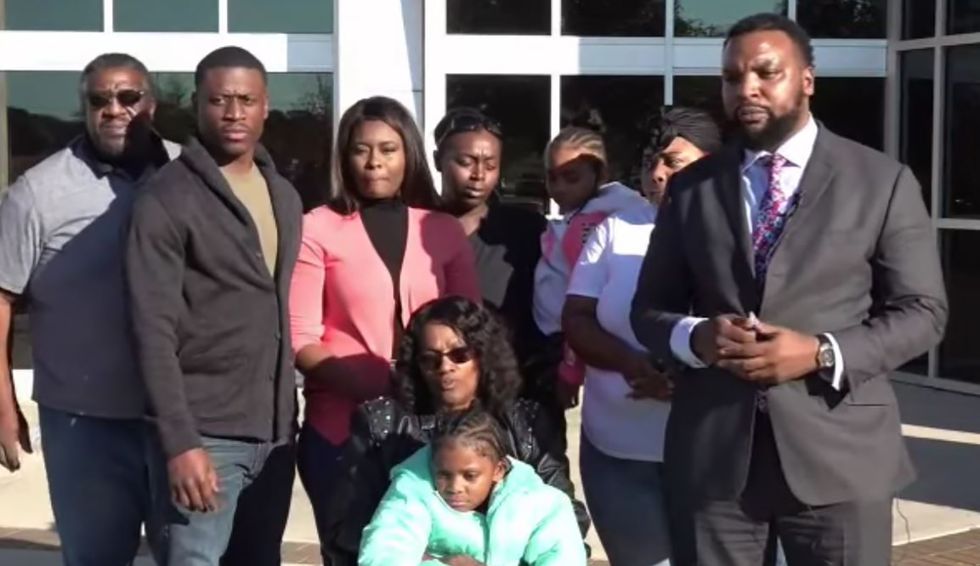 A 28-year-old black man was shot in the head and killed in what started as little more than a traffic stop, according to a shooting report obtained by NBC-affiliate KCEN-TV. In the report, investigators wrote Michael Dean “did not carry, exhibit, or use a deadly weapon,” in the incident that ultimately led to his death on Dec. 2. Although it’s unclear why Dean was stopped, a nine-year Temple police veteran, who the Texas Department of Public Safety identified as Carmen DeCruz, shot Dean in what investigators said was the result of a “traffic stop/evading."

Dean’s family, along with civil rights attorney Lee Merritt, has been on a quest for answers since his death, and they’ve been met with resistance from local authorities, Merritt said, frequently posting about Dean on social media. Merritt told KCEN that, on Dec. 10, he officially requested that the vehicle Dean drove before the shooting be provided to him, in its current condition, for investigative purposes. Instead, a seat in the car that had blood on it was cleaned with bleach to protect the family’s feelings, which is a “pretty typical” practice, Temple police spokesperson Cody Weems told KCEN. Merritt mentioned the police department’s sudden regard for the well-being of Dean’s family on Twitter Dec. 17: “15 days later #MichaelDean’s family still has no idea why he was shot in the head on the side of the road by #CarmenDeCruz @Temple_TX . We‘re conducting our own investigation but @TempleTXPolice is recklessly destroying evidence. They washed the car as a 'courtesy’ to the family?”

In a statement obtained by KCEN, the Texas Municipal Police Association said that “in emotionally charged times, there is a demand for fast answers, but investigations take time,” adding a request that the public “allow the Texas Rangers to do their job and await their findings.” After KCEN obtained the shooting report, Temple police explained its delay in providing the details of the encounter with Dean: "The form filed by Temple PD with the AG’s office is required within 30 days of the reported incident. At this time, the Department has only limited information from sources that do not have first-hand knowledge of the facts and that limited information was used to complete this form. This case is still under investigation by the Texas Rangers, and the form may be revised by the Department at a later date as more facts become available."

Sgt. Bryan Washko, a spokesman for the Texas Department of Public Safety, said in a statement emailed to Daily Kos Thursday that “the investigation is still active and ongoing.” “There is no further information for release at this time,” Washko said. “Upon conclusion of the investigation, any information set for release is going to be set forth by the Bell County District Attorney’s Office.”