Three cheers for the 'Megxit'! 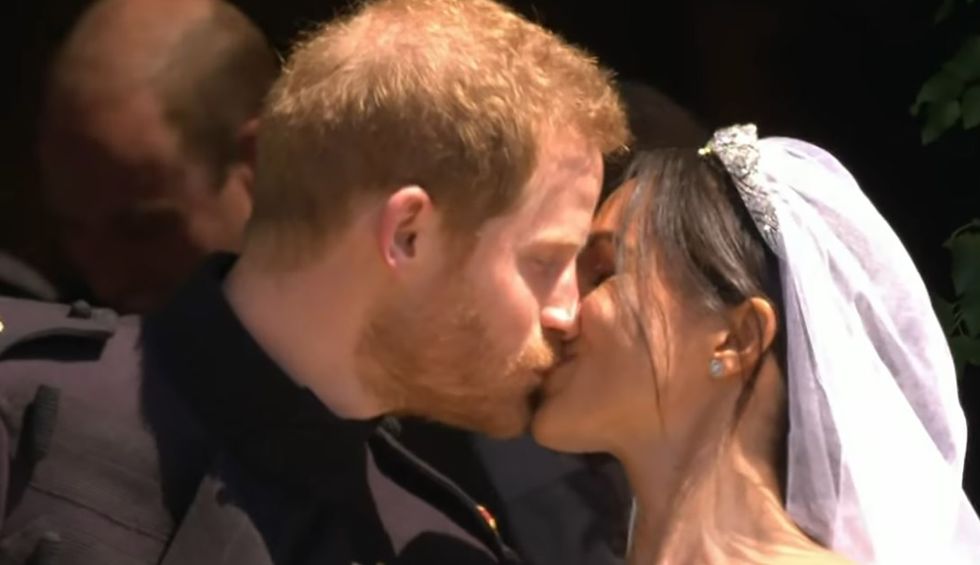 Sure, you love your family, but have you ever felt like you just … need some space? Like an ocean or two? Have you ever really burned out on playing the Roman to a sibling's Kendall? Maybe then you've been feeling a degree of empathy for what that good-looking couple known as the Sussexes initiated this week — a royal mini retreat that's already been dubbed "Megxit."

The British royal family appears to have been almost as caught by surprise as the rest of the world was on Wednesday when Prince Harry and his wife Meghan made an announcement unprecedented in the history of the monarchy. In an Instagram post, the couple declared their intention to "step back as ‘senior’ members of the Royal Family and work to become financially independent" and "to balance our time between the United Kingdom and North America." (Speculation is that the destination alluded to is the commonwealth nation of Canada, where they recently spent the holidays.) They also launched a new site, one that tellingly includes a media policy that will limit the previously unfettered access of the British press.

A spokesperson for Buckingham Palace quickly issued a brisk statement that the transition was still "at an early stage". "We understand their desire to take a different approach but these are complicated issues that will take time to work through," the statement reads.

That the British press promptly then went bonkers would be an understatement. The Mirror ran with quotes from a former Palace chef, attacking "fame hungry" Meghan and The Daily Mail found a royal "insider" to call the announcement "shoddy." Piers Morgan, meanwhile, declared in his column, "I've seen some disgraceful royal antics in my time, but for pure arrogance, entitlement, greed, and willful disrespect, nothing has ever quite matched the behavior of the 'Duke and Duchess of Sussex.' I put inverted commas around those titles because I sincerely hope they won't exist much longer.” As a point of comparison, after Prince Andrew's trainwreck November interview about his friendship with convicted sex offender Jeffrey Epstein, Morgan said the Prince came off as simply "entitled and arrogant."

The ballyhoo isn't surprising. The queen's grandson and his biracial, previously-married American wife's relationship with the tabloids has been fraught since the two started dating. In 2016, the royal family's communications office had to take the unusual step of issuing a statement on the "wave of abuse and harassment" the former Miss Markle was enduring, citing the "outright sexism and racism of social media trolls and web article comments" as well as truly scary incidents like "the attempts of reporters and photographers to gain illegal entry to her home and the calls to police that followed."

The pleas for civility and a modicum of privacy went unheeded. In October, Harry began legal proceedings against  the owners of The Sun and The Daily Mirror "regarding the illegal interception of voicemail messages," while Meghan filed her own suit against The Mail on Sunday's parent company, eight months after the paper published portions of a letter she'd sent to her estranged father after her 2018 wedding. In a statement, Harry candidly said, "My deepest fear is history repeating itself. I’ve seen what happens when someone I love is commoditised to the point that they are no longer treated or seen as a real person. I lost my mother and now I watch my wife falling victim to the same powerful forces."

And in an unguarded, vulnerable conversation, the likes of which the public hadn't seen since Diana's famed interview with Martin Bashir in 1995, Meghan told an ITV reporter in October that "Not many people have asked if I'm OK. It's a very real thing to be going through behind the scenes." And when asked if would be fair to say that it's been a struggle, she gave a small, pained smile and replied, "Yes."

Prince Harry is a man whose father — the future king of England, BTW — is currently married to the woman he cheated on his mother with throughout their entire marriage. A man whose mother was killed in a car accident while fleeing the paparazzi two weeks before his thirteenth birthday. Who has served two tours in Afghanistan. Who has an uncle who has been accused of sexual misconduct with at least one woman who says she was trafficked to him when she was underage. Harry's wife has been subjected to a torrent of abuse and invasions of privacy unimaginable to most of us. And he's a new dad trying to raise his kid. His son Archie was born last May. You know, everybody talks about ditching their current job and running away to Canada, but I think Harry and his immediate family have a better than average case for doing just that.

How exactly the Sussexes will manage a conscious partial uncoupling from their royal duties is still unclear. Pundits and UK citizens alike are justifiably curious about where their tax money is going to go in this journey of self-actualization, while the very notion that a couple could attempt a have-your-crown-and-eat-it middle path has rankled royal watchers. Also, what does becoming "financially independent" mean, exactly? A "Suits" reboot? And the sizable portion of the population that cringes over anyone even caring what rich folks who fly in private planes and live off the people they refer to as "subjects" do certainly has a lot to chew on here.

But marriage and parenthood will change a person, whether you're a duchess or a prince or a regular slob from a former colony. If you've ever had that aha moment of "No, we're not going to your mother's again this year" in your own life, you know it. Harry and Meghan have the luxury, as members of the royal family far enough down the chain of succession they'd need a King Ralph situation to wind up as monarchs, of carving more of their own path. They'll still likely be hounded their whole lives, but can you blame them for refusing to play the game, for not succumbing to the tyranny of a stiff upper lip in the face of unrelenting harassment? They don't owe anyone, least of all Piers Morgan, anything. Their obligations are the same as any couple's: to each other and their child, and making the most secure, loving home possible for him they can. "It's not enough to just survive something, right?" Meghan told ITV back in October. "Thats not the point of life. You've got to thrive. You've got to feel happy." And frequently, that means you've got to get the hell away from your hometown and your weird family.