'This is a nightmare': Fears of all-out war spike as Iran targets US troops 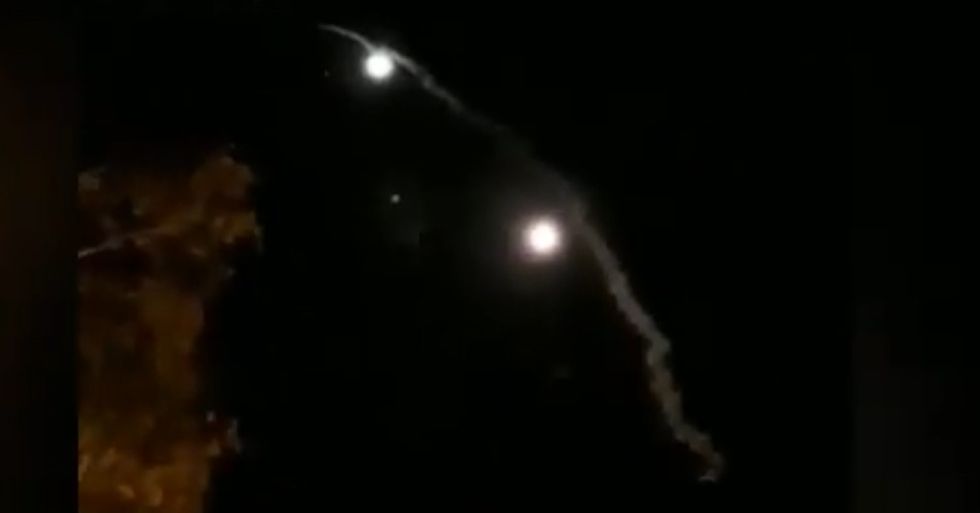 "This is exactly the moment we feared," said Stephen Miles, executive director of Win Without War. "Donald Trump's war with Iran has escalated to the next level. Iran should immediately stop these attacks, but make no mistake, the war beginning to unfold is because Donald Trump chose war over diplomacy."

In a statement following the attack on the al-Asad airbase, which was reportedly hit by more than a dozen missiles, the Islamic Revolutionary Guard Corps said "the brave soldiers of IRGC's aerospace unit have launched a successful attack with tens of ballistic missiles on al-Asad military base in the name of martyr Gen. Qasem Soleimani."

"We warn all allied countries of the U.S. that if attacks are launched from bases in their countries on Iran, they will be a target of military retaliation," the IRGC said. "We call on Americans to recall all their soldiers back home to prevent more damage."

Trump, who has threatened to strike Iran if it attacks U.S. forces or "assets," has been briefed on the situation and is monitoring it with his national security team, according to the White House.

Progressive voices in the U.S. and around the world made clear that the retaliation by Iran does nothing to absolve Trump of his ultimate responsibility for touching off the escalation of violence by ordering the assassination of Soleimani.

"Trump promised that the assassination of Soleimani would deter Iran," tweeted Trita Parsi, executive vice president of the Quincy Institute for Responsible Statecraft. "Instead—as many predicted—it has led to Iran striking back. Missiles were shot from Iran hitting U.S. bases in Iraq. This is a nightmare."

The National Iranian American Council (NIAC) said in a statement that "Donald Trump owns this 100%."

"At every step of the way, he has been warned he risked moving back on the path to war. Now that day may be here," said NIAC. "Our thoughts are with all the people who will be harmed by this senseless and needless conflict. It is ordinary Iranians, Iraqis, and people across the region who will bear a profound cost that can't be justified. So too will American soldiers, and their families here at home."

If escalating this conflict with Iran was Trump’s idea of distracting from impeachment, he has now given Congress t… https://t.co/qvcsRSyTMd
— Medea Benjamin (@Medea Benjamin) 1578443357.0

"The facilities include Erbil in northern Iraq and al-Asad Air Base in western Iraq," ABC reported, citing a U.S. official.

It is not yet clear if there were any casualties.