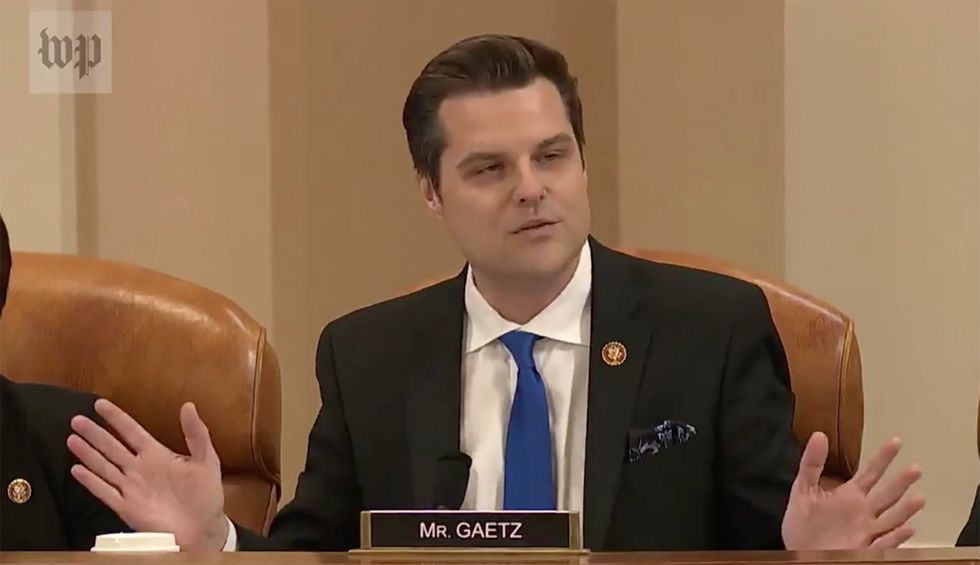 President Donald Trump’s fiercest allies aren’t expected to join his defense team in the Senate impeachment trial, but don’t expect them to quietly sit on the sidelines.

Three sources familiar with the situation say there seems to be no prohibition against House members serving on the president’s official defense team, but there’s not much appetite for that among Trump’s current lawyers.

“They’re not needed,” said one friend of the president.

One GOP lawmaker placed the odds of House members joining the defense team at about two on a scale of one to 10, but Trump has been talking for weeks about enlisting their help.

White House counsel Pat Cipollone opposes their involvement, and so do some Senate Republicans and Trump allies, but one White House aide said they would at least aggressively defend the president on television.

Under the trial rules, only Trump’s defense team and House Democrats’ impeachment managers will be allowed to debate on the floor, while Senators will be limited in what they’re allowed to say.

That’s why some hardline conservatives — like Meadows, who’s pushing for Rep. Matt Gaetz — want a seat at the defense table.

“He had one of the greatest performances in the Judiciary, and I say performances because he brought the truth,” Meadows said last week. “Listen, everybody wants to have their day in the sunshine. This is not a time to play politics, this is a time to put your best team on there, and I think Matt Gaetz would be one of them.”

Meadows himself has been mentioned as a possible member of the defense team, along with Jordan, Ratcliffe and Rep. Doug Collins — who all gave table-pounding performances during the public impeachment inquiry.

House Minority Leader Kevin McCarthy specifically pushed for Collins, Jordan and Ratcliffe last month on Fox News, saying the president had been impressed with their performance in public hearings.

“You want people that have been through this, understand it, been in the hearings, even when they were in the basement,” he said.