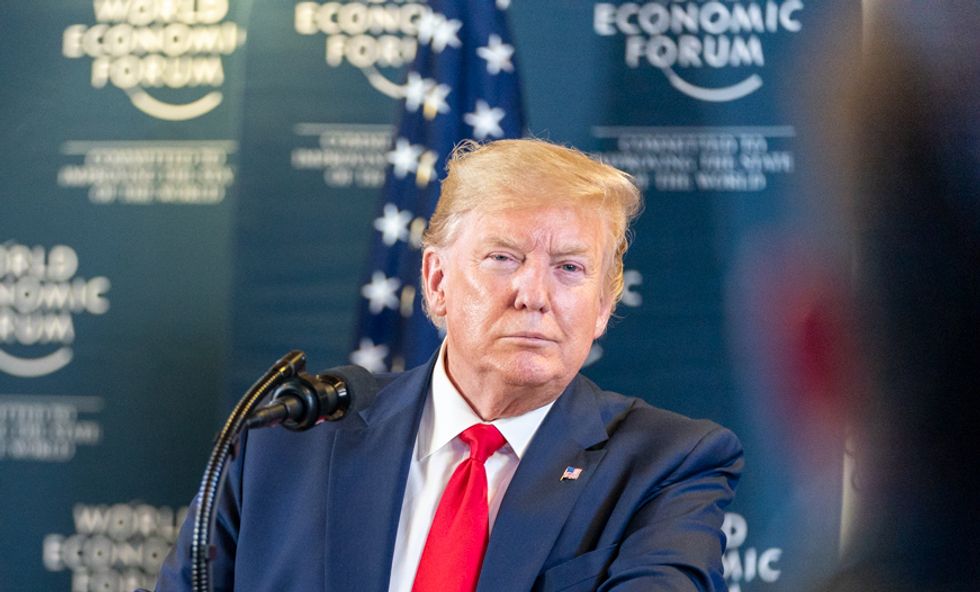 The US is currently enjoying another stock market boom which, if history is any guide, also stands to end in a bust. In the meantime, the boom is having a politically toxic effect by lending support to Donald Trump and obscuring the case for reversing the neoliberal economic paradigm.

For four decades the US economy has been trapped in a “Groundhog Day” cycle in which policy engineered new stock market booms cover the tracks of previous busts. But though each new boom ameliorates, it does not recuperate the prior damage done to income distribution and shared prosperity. Now, that cycle is in full swing again, clouding understanding of the economic problem and giving voters reason not to rock the boat for fear of losing what little they have.

The Groundhog Day boom-bust cycle links with John Kenneth Galbraith’s observations on the phenomenon of financial fraud via embezzlement, which he termed “the bezzle”:

To the economist embezzlement is the most interesting of crimes. Alone among the various forms of larceny it has a time parameter. Weeks, months, or years may elapse between the commission of the crime and its discovery. (This is a period, incidentally, when the embezzler has his gain and the man who has been embezzled, oddly enough, feels no loss. There is a net increase in psychic wealth.) At any given time there is an inventory of undiscovered embezzlement in – or more precisely not in – the country’s businesses and banks. This inventory – it should perhaps be called the bezzle – amounts at any moment to many millions of dollars. It also varies in size with the business cycle (Galbraith, J.K., The Great Crash 1929, New York: Houghton Mifflin, 1954, p.152-53).

Galbraith’s bezzle captures perfectly the dynamics of Ponzi frauds in which existing investors are paid richly with inflows from new investors. Those rich rewards then attract new investors and the fraud continues until new inflows are insufficient to meet previous promises, at which stage the Ponzi scheme implodes. However, along the way all investors feel richer.

Galbraith’s bezzle also captures the dynamic of speculative bubbles, which are a form of fraud we collectively inflict on ourselves. Investors buy in believing they will be able to sell at a higher price, and their purchases drive up prices and attract new investors who hope to jump on the price appreciation bandwagon. The bubble continues until belief in ever higher prices is punctured, whereupon buyers evaporate and the bubble implodes. Once again, all feel richer along the way.

Today’s stock market increasingly has the smell and feel of another bezzle. That smell is metaphorically reflected in President Trump who has the integrity of a con man and whose business history is marked by reliance on funding from suspect sources plus serial bankruptcies. Now, Trump has used the presidential bully pulpit to cajole the Federal Reserve into further inflating asset prices by enjoining it to lower interest rates.

In addition to directly impacting asset pricing, the Federal Reserve has given a green flag for speculative buying and strengthened beliefs that it stands ready to guarantee stock prices via the so-called “Powell put”. That put is an amplification of the prior “Bernanke put”, which was in turn an amplification of the “Greenspan put” which launched the Federal Reserve’s commitment to stock prices.

To be honest, it did not take much cajoling from Trump as the Federal Reserve has learned little from the past thirty-five years of serial asset price bubbles. Furthermore, the composition of its current Board of Governors leans strongly toward Wall Street, and all its Board members have a strong personal interest in higher stock market prices from which they each stand to gain.

The policy pyramid is supported by the mainstream economics profession (many of whom are also beneficiaries of higher stock prices) which has now embraced asset price inflation as the preferred tool for combating recession and sustaining economic expansions. The wheel has come full circle. Whereas in the post-War era economic policy aimed to provide a floor for labor, now it openly aims to provide a floor for capital.

So, why write this? First, caveat emptor. This time is likely no different. A bezzle is likely brewing somewhere within the system, and there are also risks brewing without.

Second, it is politically important to identify in advance the causes of the bezzle and the characters involved. That can help combat the false narratives which will inevitably emerge if a bezzle is eventually exposed

Third, our addiction to stock price inflation is politically and economically toxic. It is rooted in an illusion promoted by Wall Street, the Federal Reserve and mainstream economists that conflates the stock market and shared prosperity. The reality is a stock market boom is not the basis of shared prosperity.

Dr. Thomas Palley is an economist living in Washington DC. He holds a B.A. degree from Oxford University, and a M.A. degree in International Relations and Ph.D. in Economics, both from Yale University. His writings have been published in numerous academic journals, and written for The Atlantic Monthly, American Prospect and Nation magazines.