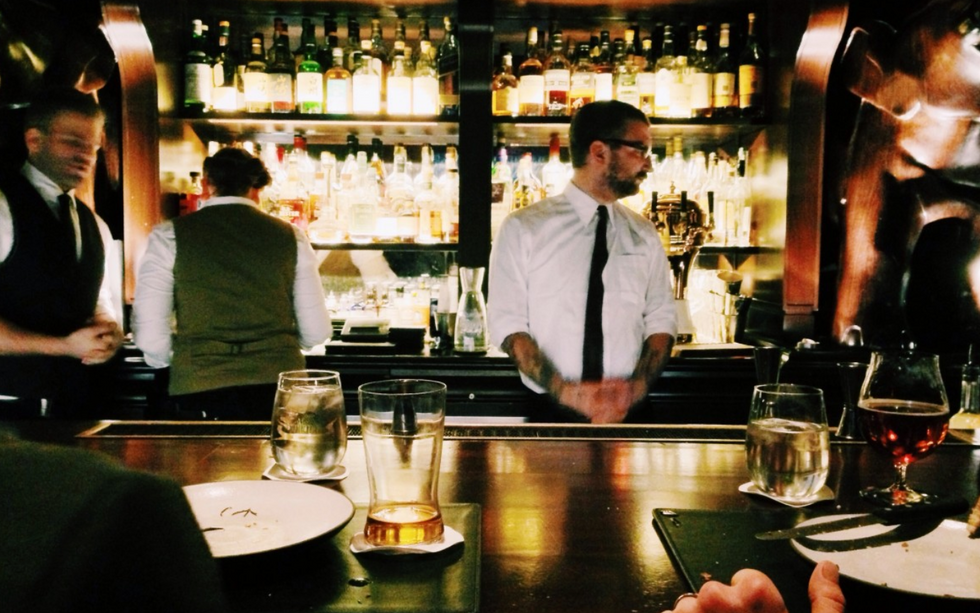 Unemployment is the lowest it has been in 50 years. Economic expansion since the Great Recession ended has been going on for 126 consecutive months, and net gains in job growth have been going on for 111 consecutive months. Both figures break the record for the 80 years that good statistics in such matters have been kept. The stock market is soaring. Every day we hear the economy is booming.

It’s true that most acute problems of the Great Recession have been overcome, although some Americans have still not fully recovered from the damage caused to their finances a dozen years after that gigantic downturn, and there will be those who never do. But while the acute problems have mostly vanished, the chronic ones predating the recession remain with us. These will not be resolved by business as usual.

All too rarely do we hear these days about two of most troublesome chronic problems—the number of rotten jobs and the percentage of low-wage jobs, with the Brookings Institution putting the latter at 44%.

One example was released by the Bureau of Labor Statistics last Tuesday, a report on real average earnings. “Real” as in adjusted for inflation. Most of the time we only hear in the media about changes in nominal wages, their face value. That fails to tell a key part of the story. As every minimum-wage earner knows, $7.25 in 2020 is not worth what it was in 2009, the last time the federal government reset the minimum. Inflation has since knocked down its buying power to $6.09.

The year-over-year tally shows a bigger hurt. Real average hourly earnings rose 0.6%, seasonally adjusted, from December 2018 to December 2019. But those earnings have to be placed against the 0.6% fall in the average workweek. In other words, as the BLS puts it, this “resulted in essentially no change in real average weekly earnings over this period.”

Or more succinctly: wages were flat in 2019. And the situation is actually worse because including the gains of the top 10%-20% of earners skews the average upward.

Bankrate’s Financial Security Poll for December puts some flesh on that skew: 51% of American workers received no raise in 2019. That’s about 82 million people. In 2018, 62% got no raise—99 million workers.

As the U.S. dug out of the hole of the Great Recession, wage growth gained some speed in 2015 and early 2016, flattened out, and then picked up again in 2017-2018. Finally some real wage growth is happening, said the experts who had been speculating so long on why, with the jobless rate so low, employers weren’t feeling the need to raise wages faster. Yet the “finally” turned out to be a mirage. In December, average hourly earnings of all employees on private payrolls were a nominal 2.9% higher than a year earlier. But cranking inflation and a shorter workweek into the calculation produced that zero gain for the year.

Elected officials in 24 states have decided to stop waiting for the federal government to act to partially improve the situation, some having raised their minimums as high as $15 an hour under pressure from labor activists. That will certainly make life easier for that cohort of Americans. But plenty of workers who earn more than the minimum age—even if it’s just barely more—aren’t seeing raises.

Tying productivity to wage growth is the key to providing all workers with a higher standard of living. The center-left Center on Budget and Policy Priorities points out:

Productivity has grown faster than compensation adjusted for producer prices since the turn of the century, indicating that producers have been able to increase their profit margins, raising capital’s share of nonfarm business income at the expense of labor’s share. [...]

Workers would earn considerably more if wage growth were tied to productivity growth. This would go a small part of the way to reducing income inequality. But given the doctrinaire views about the “proper” role for government involvement in the economy, not just among Republicans, but many Democrats as well, seeking to legislate such a link would surely encounter titanic opposition from corporate lobbyists and politicians, and if passed, from litigators determined to prove the whole idea unconstitutional and unAmerican.