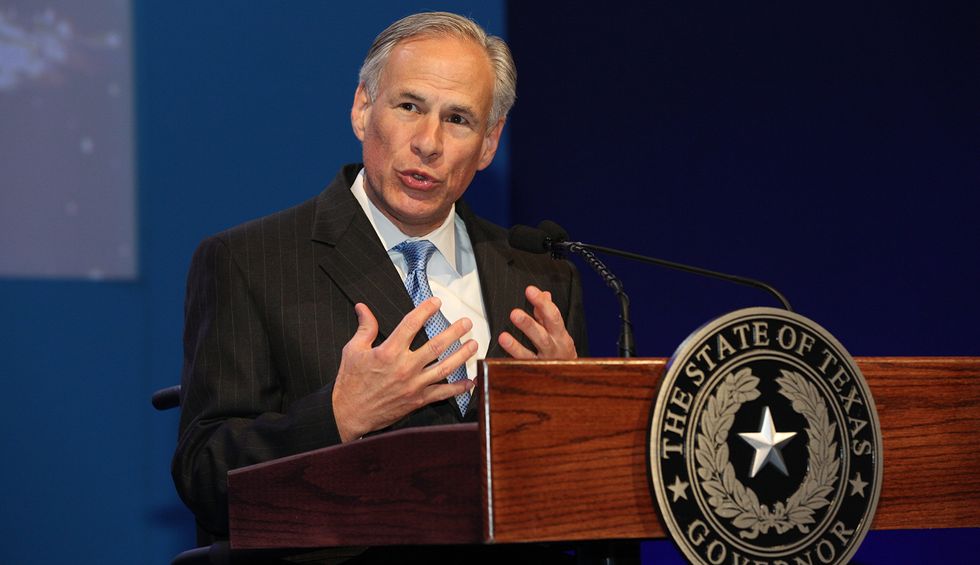 Gov. Greg Abbott dug his heels in Tuesday in a TV interview explaining why Texas will be the only state in the nation to reject refugees seeking resettlement, saying that aid groups working with refugees should instead prioritize other Texans in need, including the state's homeless population.

But that's not how it works, according to nonprofit organizations responsible for resettling refugees. Representatives for those organizations said they can’t pick and choose how to spend the federal funds designated for refugees, adding that refugees don’t take resources away from other groups in need.

Krish O’Mara Vignarajah, president of the Lutheran Immigration and Refugee Service, said money for resettlement can't be spent on homelessness or any other safety net programs.

“The federal funding that nonprofit resettlement agencies administer limits its use so it can only be spent through the U.S. Refugee Admissions Program,” she said in an email. “Just as funding for the many federal programs meant to alleviate homelessness cannot be reallocated to refugee programing, resettlement funding cannot simply be reallocated to other problem areas such as homelessness – or even services for asylum seekers.”

But John Wittman, a spokesman for Abbott, said it's not an issue of money.

"Governor Abbott knows exactly how these programs work and he did not suggest the straw man argument as some non-profits are making. They are suggesting that they can walk and chew gum at the same time by taking taxpayer dollars to help refugees while also helping the homeless with different funds, The Governor’s point is not money; it is effort," Wittman said in an email to The Texas Tribune. "However much these nonprofit organizations are helping with the homeless issue, the fact remains that the homeless remain significantly underserved. To solve homelessness, Texas needs every nonprofit organization’s focus to be on the homeless, not how much money they receive from the federal government."

State governors and local elected officials had until Tuesday to inform the U.S. State Department if they would opt out of the program after President Donald Trump issued an executive order on the issue in September.

In addition to addressing the homelessness issue, Abbott told Secretary of State Mike Pompeo in his Jan. 10 letter that Texas had been left to deal with “disproportionate migration issues resulting from a broken federal immigration system” — a reference to the record number of asylum seekers arriving at the country’s southern border.

Vignarajah said those are also separate issues. Her organization does operate respite centers in other border states, but they aren’t part of the refugee program, and federal funding isn’t used for those operations. And she said any state services that refugees receive are based on state policies alone.

“Like any other tax-paying resident of a state, refugees may be eligible for additional state benefits such as nutritional or housing assistance, but this depends on the eligibility requirements of each state, of course,” she said.

The process for asylum seekers who try to gain entry to the United States at the southern border is vastly different from that of people who apply via resettlement. Asylum seekers at the southern border are often detained at first then sent back to Mexico for months as they wait for court hearings. From there, they must prove to an immigration judge they qualify for asylum protections.

Troy Greisen, director of World Relief North Texas, said the public should be better informed about the refugee program, and Abbott's office should not conflate several issues.

“This is a much smaller segment of our population that we would be receiving, as far as refugees,” he said. “We’re not talking about people coming across the border. We’re talking about people seeking refuge from persecution. They have already been received by the U.S. They’ve been vetted, they’ve been screened and accepted. It’s just a mater of where they get resettled in the U.S.”

Russell A. Smith, the CEO of Refugee Services of Texas, said he agrees with Abbott that homeless people, asylum seekers and other vulnerable groups need more attention. But taking care of one group, he said, doesn’t mean excluding all others.

“The basic premise that there are multiple populations in need, I agree with,” he said. “The issue I have is the notion that helping one population takes away with helping the other, that it’s an either/or type of proposition."

Abbott’s decision earlier this month made him the first and only governor to opt out of the resettlement program. To date, more than 40 state leaders, including several Republicans, had opted in. Last week, a federal judge halted Trump’s executive order. An appeal is expected, but Greisen said his organization and others are moving forward with resettlement, although it’s unclear how many refugees have selected Texas as their destination so far.

Abbott's office has also stressed in its defense that no refugees would be blocked from coming to the United States as a result of his decision, something Wittman reiterated Wednesday morning.

"Importantly, the nonprofits did not refute the Governor’s fact that no refugee will be denied access to America because of the Texas decision and that once admitted to other states those refugees still have a path to relocate in Texas. The Governor’s decision will not deny refuge to any refugee in America," Wittman said.

This article originally appeared in The Texas Tribune at https://www.texastribune.org/2020/01/22/texas-groups-greg-abbotts-wrong-refugee-money-cant-be-spent-elsewhere.