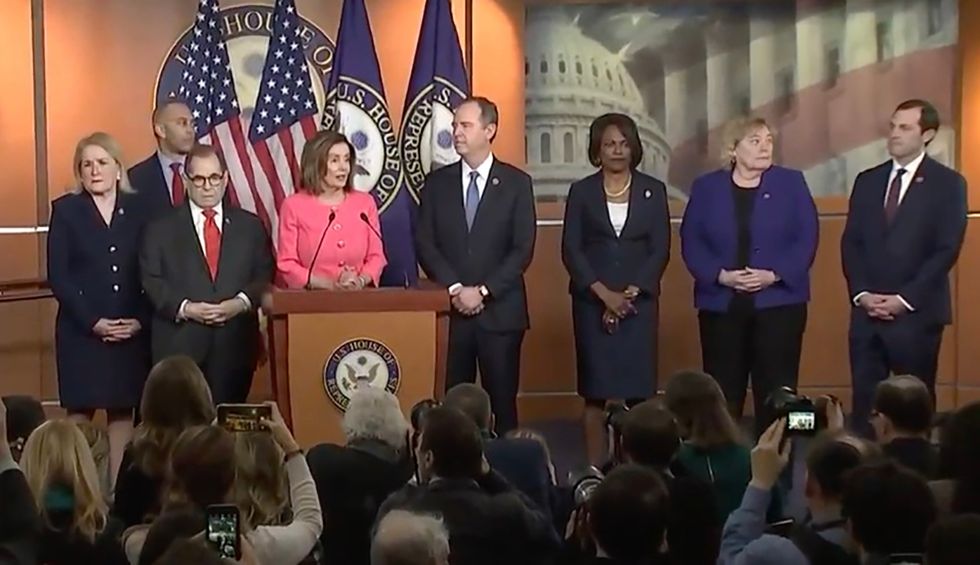 Speaker of the House Nancy Pelosi has just named the impeachment managers who will prosecute the case against President Donald Trump in the U.S. Senate next week, and experts are praising her choices.

Schiff will lead the team.

But other names are generating equal praise.

Rep. Zoe Lofgren, an attorney who is a veteran of two other impeachments.

Rep. Jason Crow, an attorney and former Army Captain who served in Iraq and Afghanistan.

(See below for their biographies.)

Praise is coming through:

The seven managers @SpeakerPelosi has named are perfectly suited to prosecute the case to convict and remove Presid… https://t.co/JrF3B1xLXL
— Laurence Tribe (@Laurence Tribe) 1579101689.0

Solid list. Schiff has been destroying their narratives one by one for months. Nadler handled his trials much be… https://t.co/UPpfXQVuFo
— Angry Staffer (@Angry Staffer) 1579101806.0

That Rep. Eric Swalwell is not among the managers means he can be on television hammering away at the message of wh… https://t.co/iaUgZFkZ7x
— Jonathan Capehart (@Jonathan Capehart) 1579102851.0

Today, I have the privilege of naming the Managers of the impeachment trial of the President. #DefendOurDemocracy https://t.co/Y2613Ni3pC
— Nancy Pelosi (@Nancy Pelosi) 1579101129.0