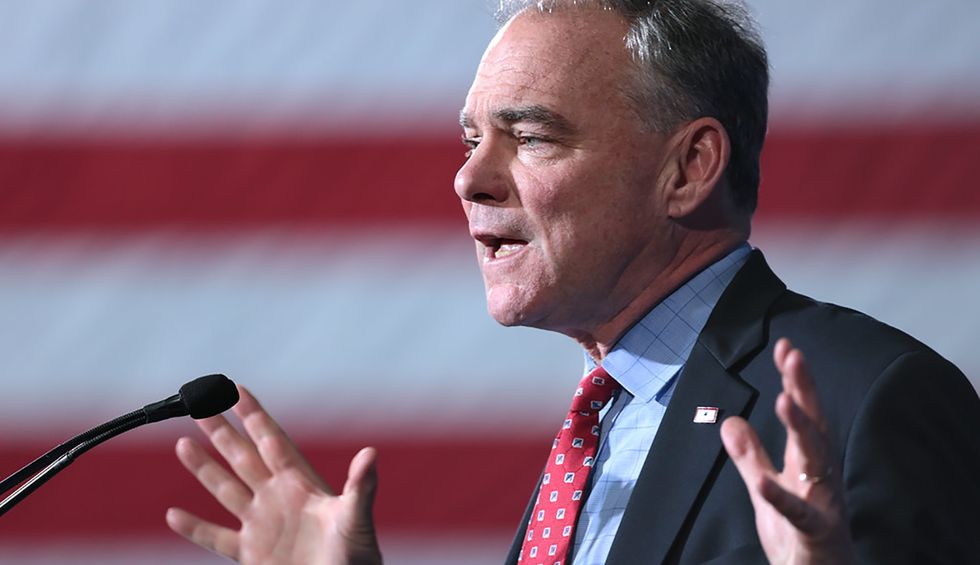 Sen. Tim Kaine, the Democratic sponsor of a war powers resolution, says there could be as many as 10 Republican senators willing to vote with Democrats to limit Donald Trump's ability to wage war in Iran.

"Probably about 10" Republicans could side with Democrats, Kaine told The Hill. "There's good discussion going on." His resolution would direct Trump to remove any U.S. forces from hostile action against Iran within a month's time of the resolution passing. Republican Sens. Mike Lee of Utah and Rand Paul of Kentucky have already said they'll support the resolution. Lee told The Hill that it "would not be unreasonable to say that there might be a group of 10 who should be considered potential candidates to vote for it." Among those others are Susan Collins of Maine, Lisa Murkowski and Todd Young of Alaska, and Utah's Mitt Romney.

Lee said that the language of the resolution is unobjectionable, saying it simply states that "additional hostilities against Iran need to be authorized by Congress." He added, "That is a perfectly unremarkable statement. […] The fact that this would be objectionable to anyone in either political party is really saying something." That's particularly true after Kaine agreed to amendments from Republicans to make the resolution applicable to any president, and to ensure that it wouldn't force a withdrawal of troops in areas where proxy forces of Iran are present.

The vote could come this week, Sen. John Thune, the majority whip, told reporters. "It all depends upon cooperation." That, presumably, is a swipe at Democratic leader Chuck Schumer, who just wants to make sure that the senators running for president—Amy Klobuchar, Bernie Sanders, and Elizabeth Warren—are able to be present for the vote.