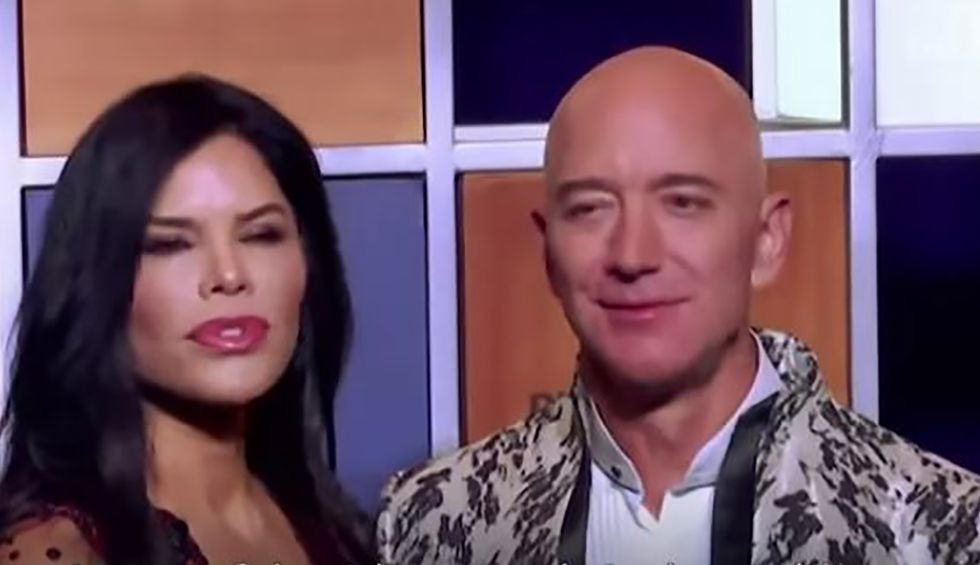 A report on the matter, commissioned by Bezos, was released by two U.N. investigators Tuesday. The contents raised alarm among political observers who said if the claims were true, bin Salman likely hacked other powerful people's accounts as well—including key Trump administration figures.

The findings suggest "the possible involvement of the crown prince in surveillance of Mr. Bezos, in an effort to influence, if not silence, The Washington Post's reporting on Saudi Arabia."

Bezos purchased the Post in 2013 and exchanged numbers with the crown prince a day after the paper published one of Khashoggi's columns criticizing the government of Saudi Arabia, his home country.

Callamard and Kaye posited that bin Salman's access to Bezos's data was part of a "continuous, multi-year" effort to target perceived opponents—including news outlets that wrote critically of the Saudi government—and that after Khashoggi's killing the prince may have sharpened his focus on Bezos to monitor the Post's reporting on the incident.

According to the U.N. report, the prince's account sent Bezos a photo of the Amazon founder with a woman who was not his wife in November 2018, a month after Khashoggi's murder and two months before Bezos publicly acknowledged his extramarital affair.

The new report suggests the prince may have directly blackmailed Bezos as the Post was reporting extensively on the death of its own columnist and the Saudis' alleged involvement in the murder.

Historian Juan Cole wrote following the U.N. report that the alleged hacking of Bezos's phone by the Saudi crown prince "should send chills down the spine of everyone who has ever chatted with the prince over WhatsApp."

Bezos's experience may be part of a much larger pressure campaign targeting U.S. elites—with far-reaching effects for far less powerful people all over the world, Cole wrote:

Bin Salman made a public relations trip to the U.S. in spring of 2018. He met with Silicon Valley CEOs, Hollywood producers, and New York businessmen. How many phone numbers did he gather up and later use to talk to these movers and shakers over WhatsApp? How much dirt and how many secrets might the prince have by now swept up from the American elite, useful for blackmail and pressure campaigns?

We know that Trump son-in-law and high muck-a-muck without portfolio Jared Kushner also has talked to Bin Salman extensively over WhatsApp. This information raises the question of whether Kushner's phone was similarly compromised by Saudi intelligence, which may be blackmailing Kushner to influence U.S. Middle East policy. Indeed, for all we know, Donald Trump's own phone may have been hacked in this way by Bin Salman.

The same month Bezos received the private photograph from bin Salman's account, Trump issued a statement signaling his indifference regarding the question of whether the prince was involved in killing Khashoggi and saying the U.S. would continue to support the Saudis because the kingdom is a major buyer of American arms, one of the world's largest oil producers, and an ally to the U.S. in the "fight against Iran."

"We can only speculate about such matters, since this White House is the least transparent in history," wrote Cole Wednesday. "But just for instance, we know that the Saudis have long wanted Iranian general Qasem Soleimani dead. Did they have the kind of dirt on Kushner and Trump that would allow them to blackmail the U.S. into taking Soleimani out?"

On social media, others joined the U.N.'s call for a deeper investigation into the new allegations against bin Salman and into the possibility that the prince also hacked high-level U.S. government officials' data.

As we previously reported, Kushner chatted regularly with MBS on WhatsApp. It is near-certain that MBS pulled this… https://t.co/LnQAQCmAd7
— Ryan Grim (@Ryan Grim) 1579642297.0

"The House needs to immediately launch a probe of Mohammed bin Salman, his ties to Trump and Jared Kushner, and our military and nuclear support for the Saudi monarchy," tweeted Philadelphia Inquirer columnist Will Bunch.