Russia's cabinet resigns — and it's all part of Putin's plan 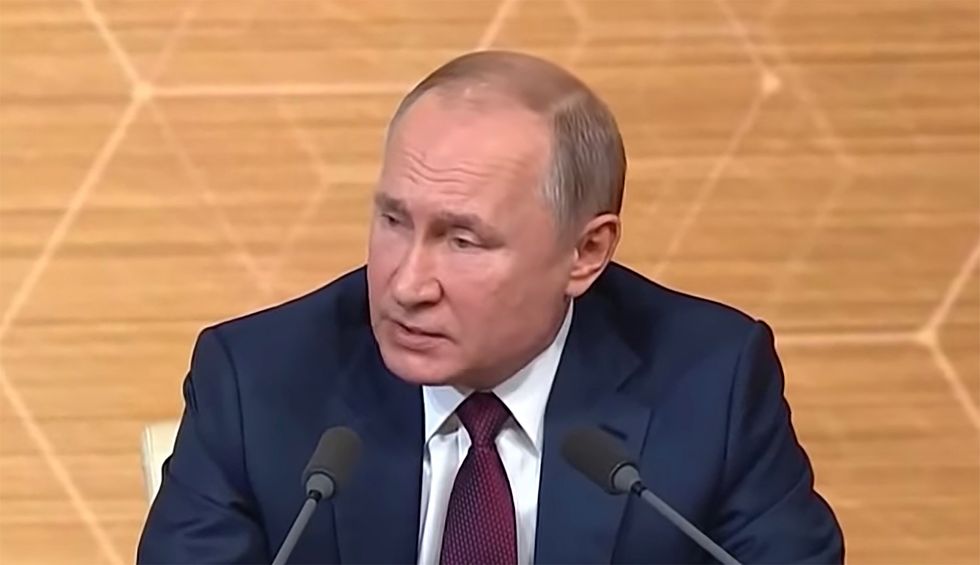 Russian politics are often not what they seem, especially to those in the West. We asked Regina Smyth, a Russia scholar at Indiana University, to help readers understand what’s going on.

Russian President Vladimir Putin, who has been in power for 20 years and faces term limits in 2024, has begun his effort to consolidate control and maintain his hold on power after the next elections. The cabinet and prime minister’s resignations are part of that effort.

Putin wants his majority in the parliament – the State Duma – to pass constitutional amendments that will allow him to remain in political control.

This move is not unexpected, at least among Kremlin watchers and scholars like me who have studied Russian elections over 30 years. Putin signaled the change in his annual press conference in December, where he spoke about the potential for constitutional reforms.

On Jan. 15, Putin gave his annual state of the nation address and unveiled “serious changes to the political system.” In response to the proposed constitutional amendments, which Putin is promoting as “reforms,” Prime Minister Medvedev and his government resigned.

This move should not be seen as protest, although it might be useful for Medvedev, a longtime ally of Putin’s, to feign independence and appear as if he made the move in dissent. He and Putin orchestratedsimilar actions in 2008 and again in 2011.

The goal of Putin and his allies is to forestall popular protest among those tired of Putin’s long reign.

Putin’s proposal to redefine the separation of power between the Duma, presidency and prime minister would allow parliament to select the prime minister, a power now in the hands of the president. Together with an agreement to impose strict two-term limits on future presidents, this change suggests that Putin will leave the presidency.

Future presidents would retain control of the security forces and the military but must consult the State Council.

The proposal is being touted in leading Russian newspapers as “democratic reform.” In fact, while appearing to redistribute power among the high-level players in the Kremlin, the details that will determine power relations remain vague.

On Monday, Putin’s spokesman stated that specifics will be developed in consultation with the Russian people. Given regime controls over voting and national campaigns, this nod to the people is a form of window dressing.

In making these changes and accepting the government’s resignation, President Putin is laying the groundwork for several paths to retain power, including as prime minister or head of a strengthened State Council, an advisory body to the president.

Putin’s proxies are already arguing that these reforms will prevent political crisis in 2024 and increase living standards.

President Putin faces two potential roadblocks if he wants to maintain political control through the next election cycle – parliamentary elections in 2021 and presidential elections in 2024.

The first problem is term limits that mandate he leave the presidency. In the face of growing urban protest and declining support for his regime’s policies, any political reforms that prolong Putin’s tenure are risky. Reform must be seen by the public as a step forward and not a step toward stagnation.

The second problem is that Putin and his United Russia party need to win large majorities in parliamentary and presidential elections. Russia’s sluggish economy and citizens’ frustration with poor government services will undermine support for regime candidates.

This plan, betting on the regime’s capacity to control elections, is risky. Outright electoral fraud will almost surely provoke protest.

Still, these so-called reforms are timed well before the election to allow Putin and his allies to rebuild support in the wake of any negative reaction. The Kremlin is preserving room to respond and correct course.

In accepting the government’s resignation, Putin blamed it for the country’s economic decline, and placed recovery and improved standards of living at the top of his political agenda.

Putin’s regime has successfully sold unpopular reforms to skeptical voters in the past. Earlier government attempts to promote pension and housing program changes provide a model for superficial responsiveness to popular demands.

To channel discontent Putin proposed a national referendum on the changes.

So Duma deputies will hold meetings in their districts. Party leaders will meet with constituents and hear their concerns. Officials will make amendments to the proposed changes that appear to address those concerns, but in ways that don’t fundamentally change their intent. The process will occur quickly to thwart any opposition organization.

The new prime minister will announce economic reforms and an infusion of state funds into the economy. These actions will also create an impression of responsiveness and win voter support.

As elections approach, the Kremlin will warn of potential crisis, offering Putin as the guarantor of stability. The message will be, as it has been in the past, that Putin is the bulwark against crisis.

While the Putin regime’s domestic policy is not popular, his ability to project Russian power abroad is. The U.S. can expect Putin to challenge its policies, as he has since the U.S. imposed sanctions on Russia for its invasion of eastern Ukraine.

I believe Putin will continue to meddle in U.S. politics and elections to prolong the country’s democratic crisis. This effort will serve both domestic and international agendas, by destabilizing the U.S. and making democracy look unappealing to ordinary Russians, who associate the dismal economic and political conflicts of the 1990s with Russian attempts at democratic reform.

The trajectory is clear in Russia’s newly revealed hack of the Ukrainian firm Burisma, where Joe Biden’s son Hunter served as a board member. This effort by Russia, presumably to unearth embarrassing information about the Biden family, is likely intended to inflame partisan tensions around the impeachment trial of President Donald Trump.

[ You’re smart and curious about the world. So are The Conversation’s authors and editors.You can get our highlights each weekend. ]