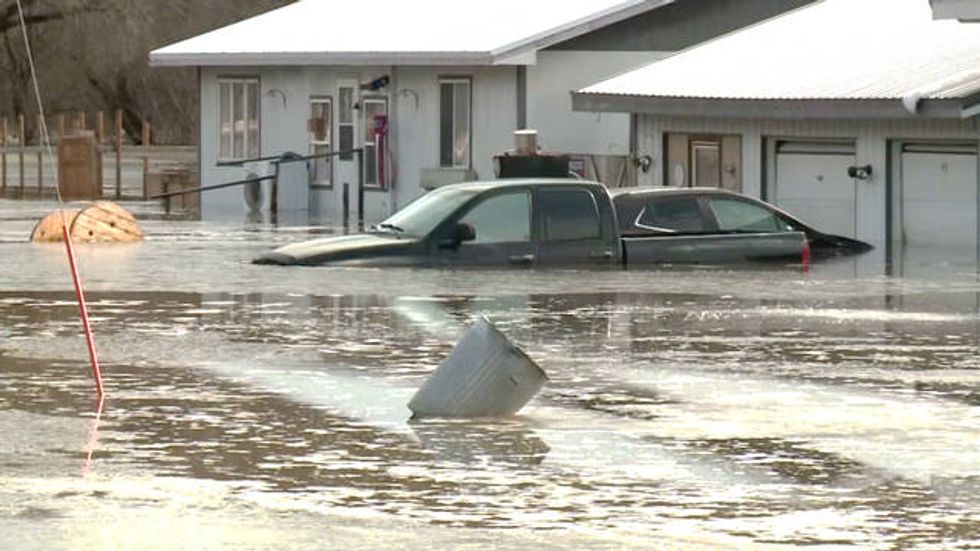 "Perhaps the biggest takeaway from the last decade of natural disasters," said Steve Bowen, director and meteorologist at Aon's Impact Forecasting team, "was the emergence of previously considered 'secondary' perils—such as wildfire, flood, and drought—becoming much more costly and impactful."

"Scientific research indicates that climate change will continue to affect all types of weather phenomena and subsequently impact increasingly urbanized areas," he added.

The Asia-Pacific area took the biggest economic hit from disasters. It had 44 percent of the decade's economic losses at about $1 .3 trillion. Convective storms and hurricanes helped put the United States in second place, with the country suffering $906 billion. The report adds:

When comparing losses of the 2000s versus the 2010s, the most considerable uptick occurred in the Americas; notably the Caribbean. The region registered a 192 percent increase in economic costs from natural perils in the 2010s compared to the 2000s. This was largely driven by the historic Atlantic hurricane season of 2017 and Hurricane Dorian in 2019.

Over 10,000 people also lost their lives to natural disasters, the report notes.

"Five of the top 10 costliest disasters of 2019 were flood-related," the publication adds. Those include the summer Monsoon floods in China, which cost $15 billion and took the lives of 300 people, and the Mississippi Basin Floods that resulted in $10 billion in losses.

Among the other highlights from 2019, as noted by Aon:

Aon's report comes a week after scientists confirmed 2019 was the second-warmest year on record and ended the warmest decade on record.

The publication also comes as climate activists direct their demands for urgent action to address the climate ecological crises to the global elite gathered in Davos, Switzerland for the World Economic Forum's summit.

Swedish teen Greta Thunberg added her voice to that chorus, tell summit-goers: "Let's be clear: we don't need a low carbon economy; we don't need to lower emissions. Our emissions have to stop if we are to have a chance to stay below the 1.5 degree target."

"Our house is still on fire," she said. "Your inaction is fueling the flames by the hour. We are still telling you to panic, and to act as if you loved your children above all else."