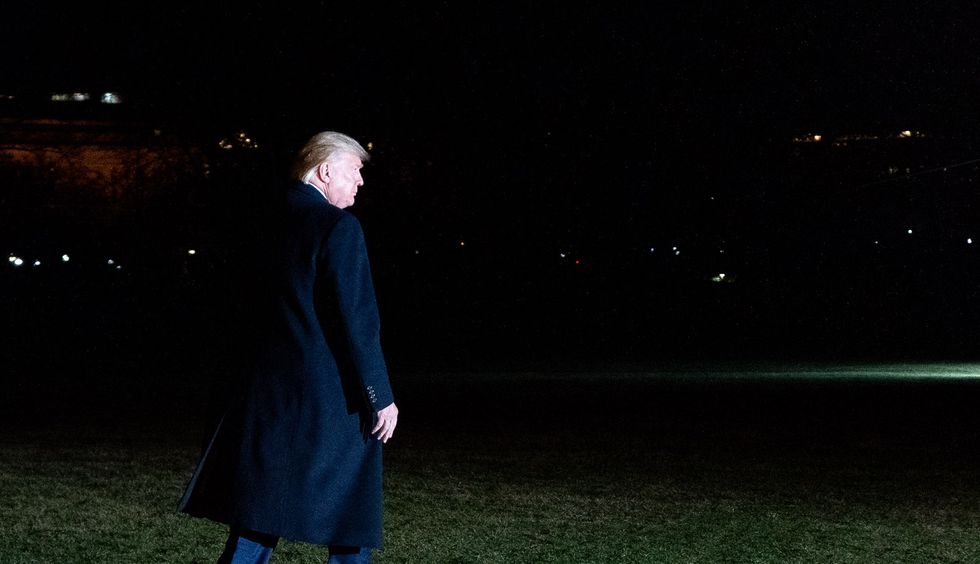 A new CNN poll reveals for the first time that a majority of Americans want President Donald Trump to be impeached and removed from office.

The survey, which was conducted by SSRS, also reveals that 69 percent of respondents think the president's upcoming Senate trial should feature witnesses who did not testify before the House impeachment inquiry.

Notably, this is the first prominent phone poll to be conducted on the national level since the two articles of impeachment facing Trump were transferred by Speaker of the House Nancy Pelosi, D-Calif., to the upper chamber.

Among voters overall, 58 percent say Trump has abused the powers of his office in an attempt to improperly benefit himself politically, while 57 percent say he attempted to obstruct the House impeachment inquiry.

The survey finds similarly sharp divides based on both gender and race. Fifty-nine percent of women think the Senate should convict Trump, while only 42 percent of men say the same. Eighty-six percent of African-Americans think Trump should be removed from office, while only 65 percent of Hispanics and 42 percent of whites feel the same way.

Trump faces an impeachment trial in the Senate after he withheld $391 million in promised military aid to Ukraine and simultaneously asked that country's president, Volodymyr Zelensky, to open investigations into the Democratic National Committee and former Vice President Joe Biden. The president was impeached on charges of abuse of power, as well as obstructing the ensuing House investigation. Republicans claim that the impeachment process is a partisan attempt to reverse the outcome of the 2016 presidential election.

Similarly, Sen. Lindsey Graham of South Carolina, one of Trump's staunchest defenders in the Senate, said that "I'm not trying to pretend to be a fair juror here. What I see coming, happening today is just partisan nonsense.