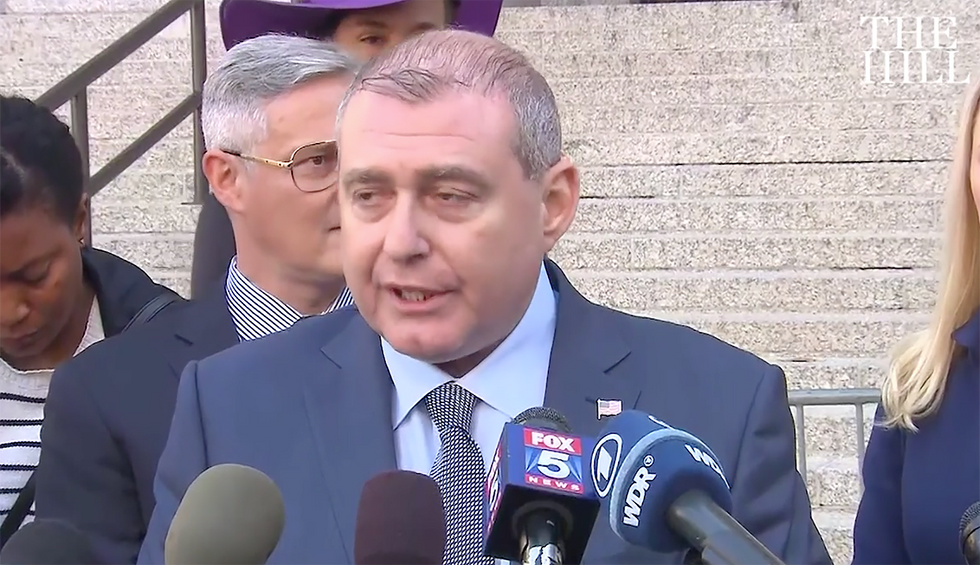 After the U.S. House of Representatives indicted President Donald Trump on two articles of impeachment on December 18, House Speaker Nancy Pelosi held onto them until this week. Wednesday, the House voted to send them to the Senate, thus clearing the path for Trump’s impeachment trial. Washington Post opinion writer Jennifer Rubin argues that the case against Trump has only grown stronger since December 18 thanks to new evidence, including documents provided by Rudy Giuliani associate Lev Parnas. And in a January 15 column, the Never Trump conservative analyzes the new evidence’s relevance to Trump’s impeachment trial.

“With each new tranche of evidence — including e-mails regarding the hold on military aid to Ukraine and now, documents from Lev Parnas, an associate of Trump lawyer Rudolph W. Giuliani — the conclusion that Trump abused power and obstructed the investigation becomes incontrovertible,” Rubin asserts.

The new evidence, Rubin notes, includes “texts suggesting that then-U.S. ambassador to Ukraine, Marie Yovanovitch, was under surveillance.” Yovanovitch was among the witnesses who testified during the House’s impeachment inquiry against Trump, and Rubin points out that Yovanovitch was “removed from her post and was warned to leave Ukraine immediately.”

Politico’s Natasha Bertrand, Rubin observes, has reported that the new evidence “makes it sound like Parnas and co. were actively tracking Yovanovitch’s movements. This could explain why Yovanovitch was moved out of Ukraine so quickly.”

During the impeachment inquiry in the House last year, Democrats demonstrated that on July 25, Trump tried to pressure Ukrainian President Volodymyr Zelensky into investigating former Vice President Joe Biden and his son, Hunter Biden — and that military aid to Ukraine was delayed in the hope that Trump and Giuliani would get the investigation of the Bidens that they were hoping for.

“The notion that the holdup in aid was motivated by genuine concern for fighting corruption was always implausible,” Rubin writes in her column. “Now, with veritable smoking guns popping up left and right, several things should be obvious: first, Trump wanted an announcement of an investigation into a political opponent and was willing to hold up aid in defiance of advice that such action could be illegal. Second, Trump directed Giuliani and the freeze on the aid; this was no rogue action. Third, Trump has been struggling to keep damaging documents and incriminating witnesses away from the public and Senate.”

Rubin discussed the new evidence with constitutional law expert Laurence Tribe, who told her that it is “jaw-dropping” and “highly incriminating of both Giuliani and Trump.” According to Tribe, the evidence is “bound to find its way into the Senate trial after Parnas is deposed by the House Judiciary and Intelligence Committees, as he’s bound to be…. The Giuliani letter presenting himself to Zelensky as representing Donald Trump in his private capacity at a time when Zelensky was the president-elect of Ukraine is remarkable in itself. It is a kind of hologram of the whole Ukrainegate scandal.”

Rubin also quotes Joyce White Vance, a University of Alabama law professor and former federal prosecutor who is often featured as a legal expert on MSNBC. According to Vance, “The Parnas evidence needs to be assessed for authenticity and reliability…. The American people also need to know the truth about what happened. These allegations are serious, and if true, make it difficult to understand how this president can be trusted to remain in office.”