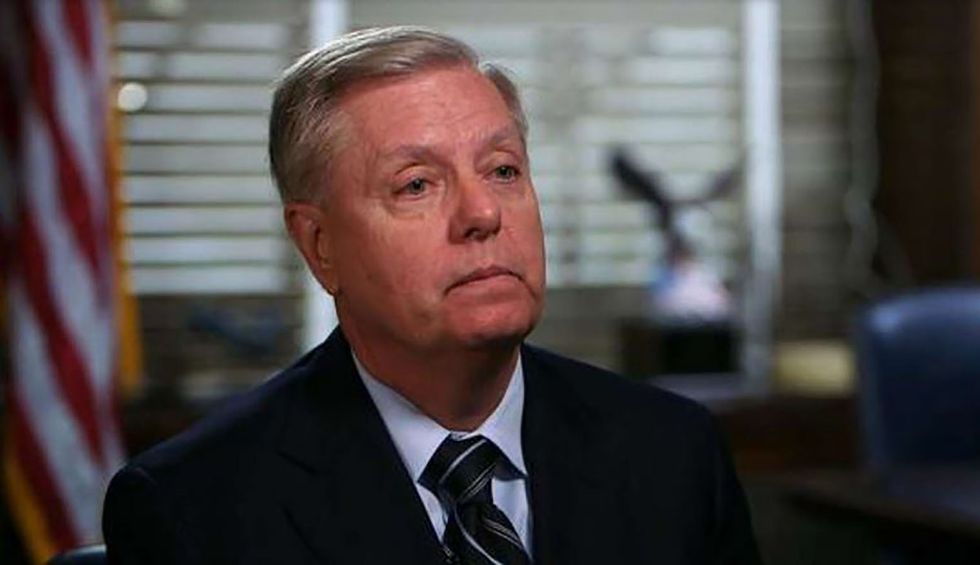 An indicted associate of Rudy Giuliani says Sen. Lindsey Graham was “in the loop” in the scheme to pressure Ukraine to announce an investigation into Joe Biden.

“Sen. Lindsey Graham I haven’t had any contact with, but because of my relationship with Rudy Giuliani, I have a lot of information about his dealings,” Parnas said. “It was, like, surreal to watch Lindey Graham up there, sit there — he’s out there talking about all the stuff, that this is a sham, that this should go away.”

“At the end of the day,” Parnas added, “he was in the loop just like everybody else. He (had) a very good relationship with Rudy Giuliani, he was aware of what was going on going back to at least 2018, maybe even earlier. If you recall, he was the one Rudy Giuliani was supposed to bring Victor Shokin to when the visa got denied, and I think he was even, if you check the records, involved in getting the request for the visa somehow.”

Parnas’ attorney Joseph Bondy released letters Wednesday signed by a Ukraine-born U.S. citizen Michael Guralnik to both Graham and Sigal Mandelker, then a top official at the U.S. Treasury Department pushing for sanctions against various Ukrainian political and business leaders.

A month or so later Giuliani tried to help Shokin, a former top prosecutor in Ukraine regarded as corrupt by the previous administration and U.S. allies, obtain a visa to meet with Graham in the U.S.

“Sen. Graham was involved even before I got involved with Mayor Giuliani, so he had to have been in the loop and had to have known what was going on,” Parnas said. “I was with Giuliani every day, that was what was happening.”

Parnas told CNN he was “1 million percent” sure that Graham was aware of his and Giuliani’s efforts to press Ukraine to announce an investigation of Biden.

“Rudy told me not once but on several occasions that he spoke to Lindsey Graham about the situation, that Lindsey was always aware,” he said. “I don’t know how deeply aware, I didn’t speak to Lindsey Graham, I don’t have text messages with him, we didn’t interact, so I can only speak from what Rudy told me.”