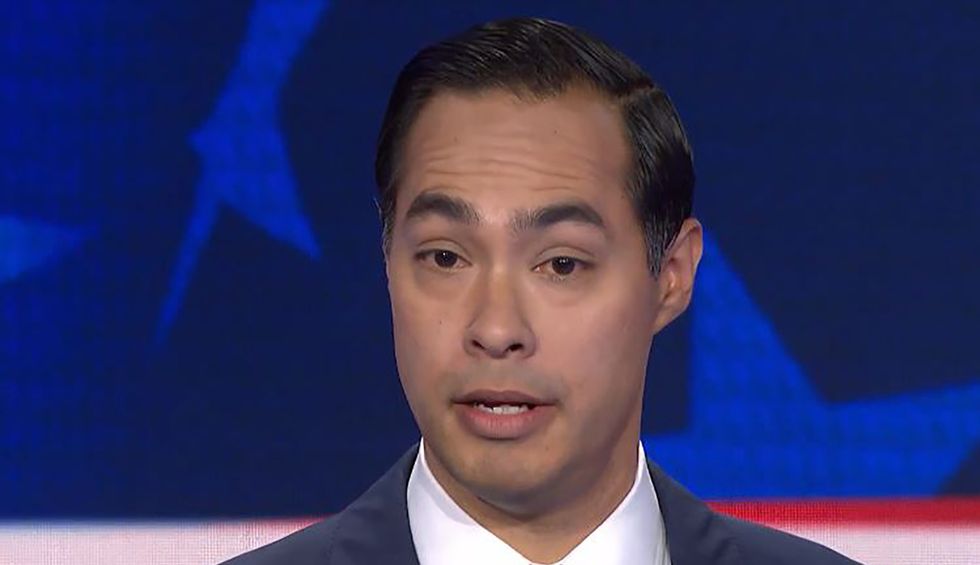 Julián Castro has suspended his bid for the Democratic nomination for president. In a tweet and video message Thursday morning, Castro expressed “profound gratitude” to his supporters. “I’m so proud of everything we’ve accomplished together. I’m going to keep fighting for an America where everyone counts—I hope you’ll join me in that fight.”

Castro had served as housing secretary under President Barack Obama and as mayor of San Antonio, Texas. He was the only Latino among the Democratic candidates for president, and emerged as a strong progressive and a voice for the most vulnerable people in the country, a theme he reiterated in his video announcement, which included clips of his saying the names of people of color killed by police.

It’s with profound gratitude to all of our supporters that I suspend my campaign for president today. I’m so proud… https://t.co/1SA4plYQfH
— Julián Castro (@Julián Castro)1577974327.0