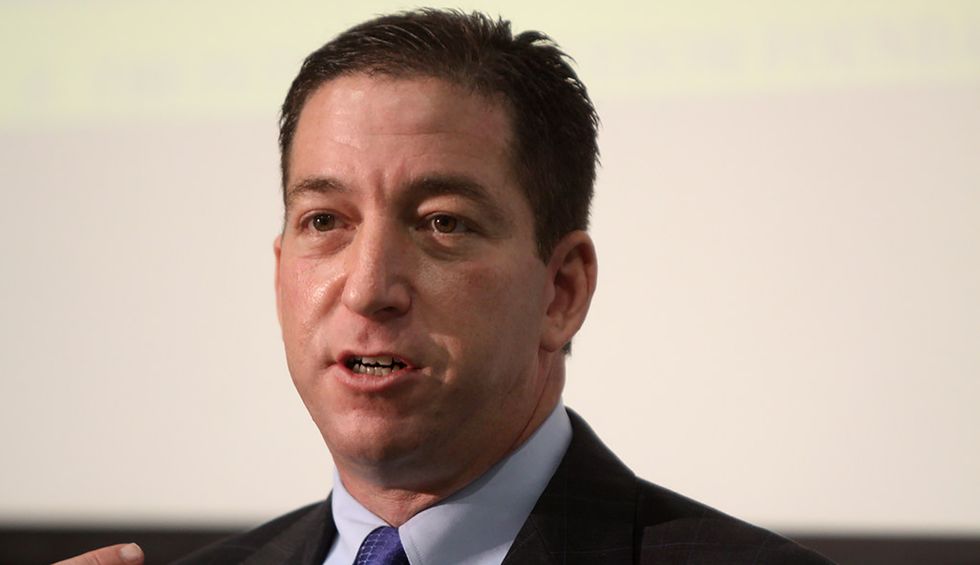 Journalist Glenn Greenwald hit back after being charged with cybercrimes by Brazilian authorities Tuesday in connection to his reporting on corruption in the country, saying he would fight to defend the right to a free press and his right to report the truth.

"We are going to defend a free press," Greenwald tweeted in Portugese. "We will not be intimidated by the abuse of the state apparatus or by the Bolsonaro government."

The move to charge Greenwald by the right-wing government of President Jair Bolsonaro was quickly and forcefully condemned by progressives and journalists around the world.

"This is beyond disturbing," said Trevor Timm, executive director of the Freedom of the Press Foundation.

Prosecutors claim that Greenwald—who has lived in Brazil with his husband, David Miranda, for many years—is at the center of a "criminal conspiracy" to hack cellphones of government officials.

Citing intercepted messages between Mr. Greenwald and the hackers, prosecutors say the journalist played a "clear role in facilitating the commission of a crime."

For instance, prosecutors contend that Mr. Greenwald encouraged the hackers to delete archives that had already been shared with The Intercept Brasil, in order to cover their tracks.

Prosecutors also say that Mr. Greenwald was communicating with the hackers while they were actively monitoring private chats on Telegram, a messaging app.

Glenn Greenwald Charged With Cybercrimes in Brazil Stand with Glenn. This is criminalization of journalism. https://t.co/nA0aZ0FWEo
— Emma Vigeland (@Emma Vigeland) 1579623327.0

The ACLU, in a statement, condemned the prosecution. Ben Wizner, director of the group's Speech, Privacy, and Technology Project, called on U.S. officials to step in.

"The United States must immediately condemn this outrageous assault on the freedom of the press, and recognize that its attacks on press freedoms at home have consequences for American journalists doing their jobs abroad," said Wizner.

Journalists weighed in to show their support for Greenwald.

This is despicable, dangerous and a crime against journalism. https://t.co/ap5rbvuH1O via @NYTimes
— jeremy scahill (@jeremy scahill) 1579623476.0

Journalism has been under attack around the world now Glenn Greenwald is Charged With Cybercrimes in Brazil by thei… https://t.co/nEg8V5OCk5
— Tabetha Wallace (@Tabetha Wallace) 1579623799.0

Greenwald's reporting for The Intercept Brasil on corruption has roiled Brazil over the past year. Minister of Justice Sérgio Moro has been a frequent target of the exposés, which have shaken public confidence in the Bolsonaro government.

On Tuesday, the government took action after months of threatening to go more aggressively after journalists, including Greenwald.