Inequality in the Trump economy just keeps getting worse 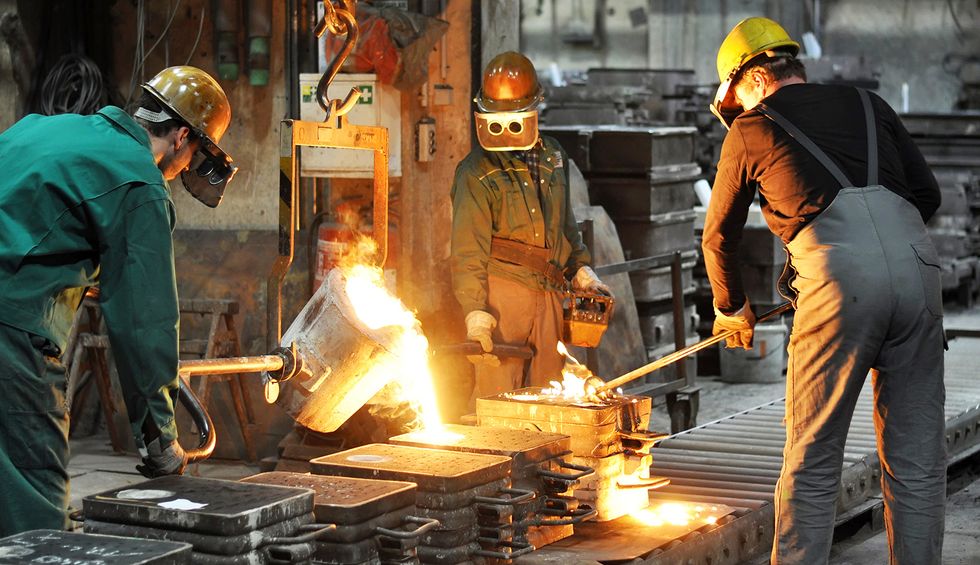 Every month when the Bureau of Labor Statistics releases its monthly jobs report, Donald Trump and Republicans crow about the economy and the low unemployment rate. And every month, too many Americans wonder when they’re going to start feeling the effects of that “great economy.”

A recent study on poverty and a new way of measuring the quality of jobs show the shallowness of GOP claims about the U.S. economy. Poverty went up in at least one county in every state, concentrated in rural areas and the South. And a new system of measurement called the Job Quality Index shows that, although there are jobs available, for the most part, they aren’t jobs that pay well and aren’t career jobs for the long term. Often, they don’t even employ workers for a full 40 hours a week.

Combine that with the disastrous effects of the Trump tariffs and the trade war with China, especially how that trade war hurt U.S. manufacturing; the surge in bankruptcies of small farmers; the fact that American consumers now have a record $14 trillion in debt; and the 2017 GOP tax reform scam that turned into a windfall for big companies instead of helping everyday Americans, and most of us don’t feel that we’re better off than before Trump became president—a benchmark used by challengers in nearly every election.

Don’t forget that, after the GOP House and Senate passed and Trump signed the tax overhaul in late 2017, Trump’s message to his rich cronies at Mar-a-Lago gathered for the Christmas holidays was, “You all just got a lot richer.”

That was not a message that trickled down to average Americans. The supposed tax savings didn’t do much trickling down for them, either. Since the country started coming out of the Great Recession in 2009, the overall U.S. poverty rate has decreased. But between 2016 and 2018, the poverty rate grew in 30% of counties across America, according to data from the U.S. Census Bureau.

As a story from HuffPost put it:

The counties with the biggest jumps in poverty ranged across the political and demographic spectrum: from 97% white and solidly Republican-voting Carter County in Kentucky to black-majority, Democratic Bullock County in Alabama.

Most of the biggest increases were in areas both rural and Southern. Those areas generally had residents who lacked job training and skills and industries that suffered downturns.

Those industries included the coal industry in many of those poverty-stricken areas. Coal output has decreased by 27% in the last five years, and 50 coal power plants have closed across the country since Trump became president. That’s good news for the environment, but bad news for those counting on coal mining for a paycheck. It’s also a betrayal of one of Trump’s main promises in coal country.

But the unemployment rate is only 3.5%. That’s got to be great, right? Actually, considering the kinds of jobs available—and the fact that wage growth is fairly stagnant—not so much. And this isn’t a recent phenomenon.

The U.S. Private Sector Job Quality Index, or JQI, is a new economic indicator developed by academic economists that measures desirable higher-wage/higher-hour jobs versus lower-wage/lower-hour jobs. Job quality is defined as the weekly dollar-income a job generates for an employee. A paper defining the system and explaining why the detailed indicator is a more accurate reading of the economy is available at this link.

The paper’s conclusion reiterates the fact that U.S. manufacturing jobs have “declined dramatically in the last three decades,” and replacement jobs are poorer-paying, service-sector jobs with no guarantee of job stability or even a full work week. There also has been a “massive loss of market share, revenue, and jobs to foreign manufacturers.”

An important question surrounding the decline of manufacturing is whether those leaving manufacturing are transitioning into better or worse jobs. …

With other countries targeting what they see as high-value industries, the US is not just in danger of, but actually has been, forced into greater reliance on low-value, low-growth industries, offering lower-wage, lower-hours jobs. The success of superstar companies like Google or Apple or Pfizer should not blind us to the fact that today Leisure & Hospitality is our largest sector with 14.7 million non-management employees. It’s a sector that pays  such workers $16.58 an hour and the average worker works just  25.8 hours a week — resulting in average weekly income of $428. ...

When all that a country has left is the domestic manufacture of processed foodstuffs, you end up with a lot of unhealthy and unwealthy workers who are in dire shortage of security, much less dignity. A republic that offers no better than this cannot long endure.

“When U.S. unemployment is at a 50-year low, why do so many people have trouble finding work with decent pay and adequate predictable hours?” asks a story from Forbes on the JQI. Answer: Few non-specialized good jobs are available.

Tens of millions of working-aged Americans are still not formally employed and have no apparent interest in sending out a resume. If the job market is so hot, why are so many people sitting on the sidelines? One frequently cited explanation is the growing proportion of older generation workers. Now we have another more important element. Workers don’t re-enter the workforce because many of the jobs themselves are rotten. …

Many looked to the category of jobs known as Professional and Technical Services as a path for the economy to “move to higher ground.” Professional and Technical Services were supposed to offer high pay, growth in employee numbers, and an opportunity to increase productivity. In fact, the JQI does report that employment is up 41% in this sector and the average weekly pay for non-managerial workers of $1,575 exceeds the pay of many other industries. But that’s not enough to rescue what the economy lost in manufacturing.

It doesn’t matter if the stock market had its best annual gain in six years. When only those at the top are benefiting from those stock market gains—not every worker has a 401(k) or fat IRA account—then there’s no trickle down from a bloated stock market. Although 20 states and 26 cities and counties are raising the minimum wage in 2020, the federal minimum wage of $7.25 an hour hasn’t gone up since 2009.

This is a message that all Democratic candidates should be repeating over and over, whether they’re running for president, the House, the Senate, or a state office: The Trump economy isn’t helping most Americans.