How we found a special math equation hidden in rat whiskers 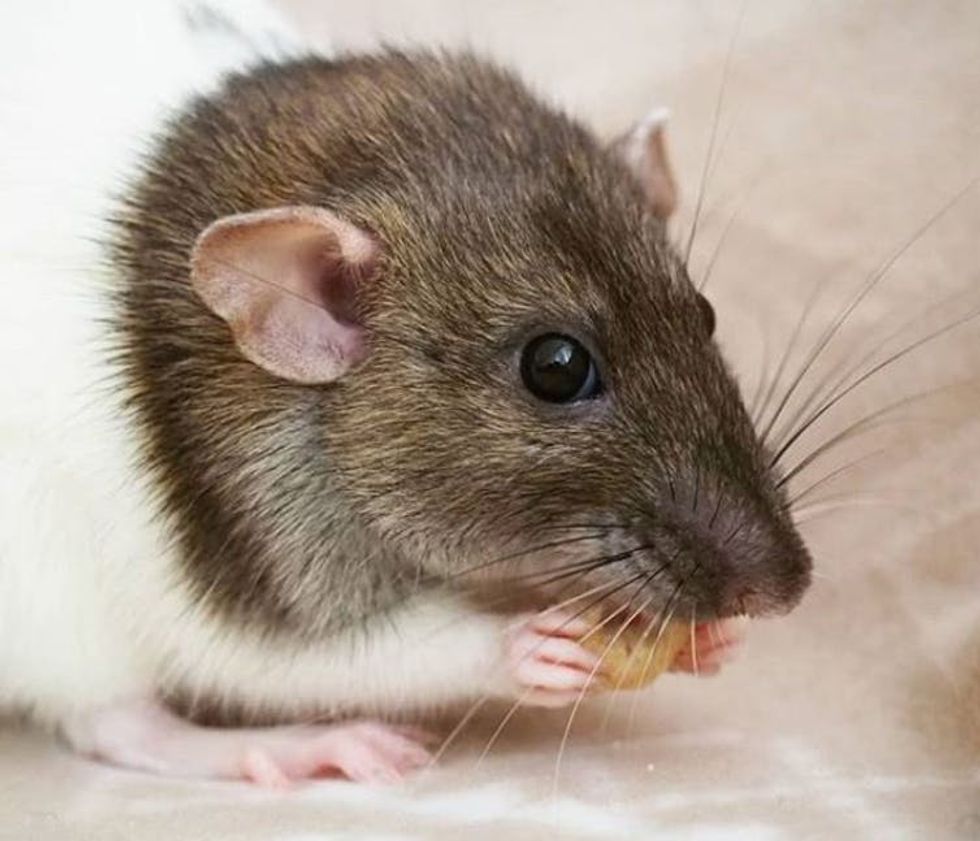 Rats have up to 70 whiskers on their faces, varying hugely in size and shape. Almost every mammal possesses whiskers, but these rodents are what we call “whisker specialists”, meaning they have super-sensitive, moveable hairs that they use to explore and sense their surroundings.

Rat whiskers can vary hugely. In our recent research, my colleagues and I analysed 523 whiskers from 15 rats and found that each whisker had a different length and shape. We wanted to investigate more about the shape of these hairs as a first step in understanding what rats feel through their whiskers.

We found that rat whiskers can be accurately described by a simple mathematical equation known as the Euler spiral. It’s an example of how special spiral patterns are found throughout the natural world. And spotting them can help us not only understand nature better, but also improve our own engineering.

The Euler spiral – also called the Cornu spiral, Spiros or Clothoid – is a shape whose curvature changes linearly with its length. It looks quite like an s-shape, where the tips of the “s” carry on curving in to spirals that get rapidly tighter. As a result, aspects of the curve can fit a wide variety of shapes including those that are straight or s-shaped, those that increase in curvature and those that decrease in curvature.

Most natural structures don’t display all of these three shapes. But there are many spirals in nature that get more curved along their length. Many sea shells, sheep and antelope horns, sea horse and lizard tails and even the cochlear in our own ears have all been shown to have a linear radius of curvature along their length, making them into a shape called a logarithmic spiral.

Although it is named after Swiss mathematician Leonhard Euler, the Euler spiral was actually first described by his countryman James Bernoulli in 1694 who was trying to solve a mathematical problem related to elasticity. But Bernoulli didn’t plot or draw the spiral, didn’t put any numbers in to his equation, nor provide any workings to show why it was true.

Euler discovered Bernoulli’s equation and started to characterise aspects of the curve that it describes in 1744. In 1818, the French physicist Augustin Fresnel independently derived aspects of the Euler spiral as he was describing the shape of light diffracting through a slit. And American civil engineer Arthur Talbot discovered it again in 1890 when designing railway tracks that would produce a smoother journey.

In particular, because the Euler curve has a transition from flat to curved, it has been used for designing the parts of railway tracks or roads that make this transition. It has even been used for finding the best route a racing car should take through a corner. The Euler spiral also has applications in working out how to project maps onto globes, and improving the operation of microwaves.

But how can it help us to study the rat? Describing the shapes and patterns of natural structures using simple mathematical equation can help us to understand their function.

Whiskers are actually made up of dead hair cells but they sit within a specialised sensitive follicle. The follicle is what extracts information about the force and direction of the whisker as it touches objects, and transfers that information to the brain. This information is what the rat uses to perceive objects and judge their shape, size and texture.

The size and natural shape of each whisker will strongly influence the way it deforms and the tactile signals that reach the follicle. This means that being able to describe the whisker’s shape with a mathematical equation will help us understand the signals that the follicle receives. We can also tell from the equation that rat whiskers probably grow from the base by the same amount each day (although this might also be affected by the seasons and how much food the rat has eaten).

Nature is full of mathematical patterns. Given how rat whiskers follow the Euler spiral, and that spirals are so common in nature, we think there’s a good chance the whiskers of other mammals probably follow similar rules and may also be described by Euler spirals. In this way, maths can give us a special insight into how biological structures and systems work.