How Senate Republicans are robbing America of a fair trial 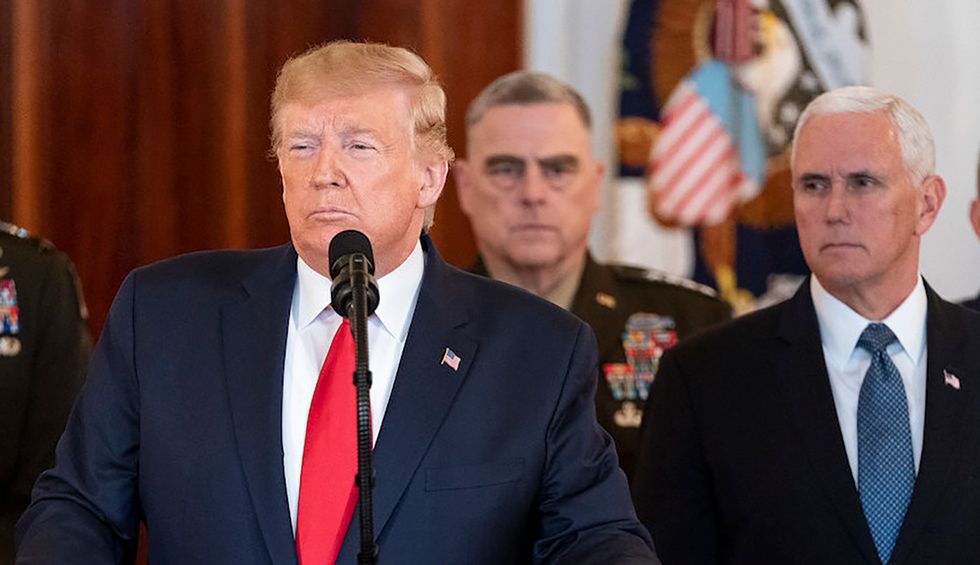 Donald Trump is on trial for trying to cheat Americans out of a fair election, and now Senate Republicans are cheating Americans out of a fair trial. Although tiny rumblings in the GOP caucus resulted in small rule changes, Senate Republicans now appear poised to vote down every amendment Democrats offer to include witnesses and documents in the trial, just like they did they first and second one.

Americans, the vast majority of whom want a fair Senate trial with witnesses, should be outraged. And vulnerable Senate Republicans toeing the party line, should be getting more uncomfortable with each vote. Yet as NBC News pointed out Tuesday morning, Senate Democrats are putting little-to-no pressure on their Republican counterparts. "Indeed, according to our ad trackers at Advertising Analytics, there are 11 impeachment-themed TV ads airing across the country right now, and all 11 are by Republicans and GOP groups," NBC writes.

In the weeks leading up to the trial, several progressive groups (including Daily Kos) teamed up for a $400,000 billboard and digital ad buy targeting eight Senate Republicans. News also broke Tuesday that Democratic presidential candidate Michael Bloomberg shifted strategies this week with an ad buy set to run in 27 states calling directly for Trump's removal.

But other than that, the efforts appear more scattershot. The Lincoln Project, a group founded by disgruntled conservative anti-Trumpers, is pushing phone calls to pressure certain GOP senators.

Breaking news: we are live with a jumbotron outside the United States Senate please retweet https://t.co/Uw7heMoiss
— Adam Parkhomenko (@Adam Parkhomenko) 1579644463.0

But what’s already perfectly clear by now is that this is in the hands of American voters more than ever. Get involved. Raise a fuss. Cause good trouble. The more pressure these GOP senators get now, the better. The more stories that are reported about them abandoning their oaths of office amid public outrage, the more educated and outraged the public will become and the more likely the GOP majority will be to get the boot come November. Onward!