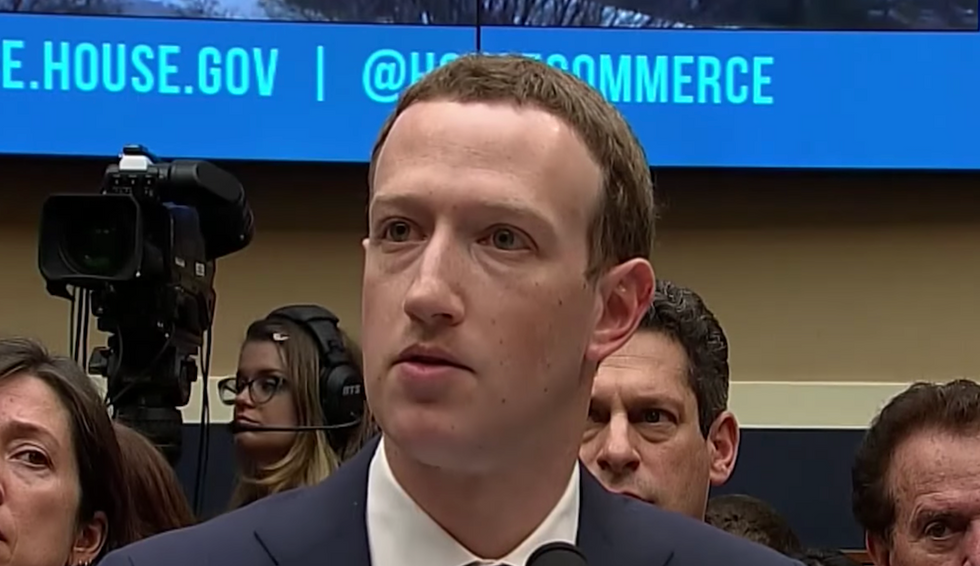 Only three months ago, social media megalith Facebook made the universally-reviled announcement that they would not be fact-checking, censoring, or otherwise banning political ads that deceive or mislead. “We don’t believe [that] it’s an appropriate role for us to referee political debates and prevent a politician’s speech from reaching its audience and being subject to public debate and scrutiny,” a Facebook spokesperson said at the time. The controversy over the announcement was so heated that the hashtag #DeleteFacebook began to trend, while presidential candidate Elizabeth Warren mocked the policy (and the company's CEO) in her own promoted Facebook post.

Now, the biggest social media platform on Earth has doubled down on its tone-deaf policy. In an official announcement posted to Facebook’s newsroom, the company’s director of product management tries to spin a separate policy of increased transparency as some kind of net plus for freedom of speech, while defending the ad policy that gave carte blanche to politicians and PACs to prevaricate.

“We have chosen not to limit targeting of [political] ads,” Rob Leathern, Director of Product Management, wrote. “Ultimately, we don’t think decisions about political ads should be made by private companies, which is why we are arguing for regulation that would apply across the industry.”

He continued: “In the absence of regulation, Facebook and other companies are left to design their own policies. We have based ours on the principle that people should be able to hear from those who wish to lead them, warts and all, and that what they say should be scrutinized and debated in public.” Leathern noted that some forms of political ads could be banned for other reasons, such as promoting hate speech or intimidating voters.

Meanwhile, the Facebook announcement celebrated an update to the Ad Library, a feature announced in 2018. The Ad Library allows users to dig into the nitty-gritty details of the ads that they see on Facebook — including why they were targeted — and to observe what other ads politicians are running.

The move is clearly an attempt at transparency from Facebook. There is a widespread perception by users and outside observers that Facebook is a platform that is misused by assorted actors — both state and corporate — to manipulate the public. The company is positioning the Ad Library as an attempt to ward off that kind of criticism, by making it transparent who is paying for what kinds of ads.

Yet transparency wasn’t Facebook’s problem in the first place — or at least, not entirely. The social and political problems engendered by Facebook are rooted in how the platform and its leaders misunderstand what free speech is, and how it works. Facebook brass seem to think transparency — in knowing who manipulates us — is preferable to actually, say, ceasing the manipulation entirely.

Certainly, it can be illuminating to know who is pulling the strings. But generally, in the history of industrial psychology, that type of knowledge hasn’t always halted the root of the manipulation itself. Consider, for instance, the sophisticated and slickly-produced ads defending the private, for-profit health care industry that ran during a recent Democratic presidential debate, which were famously prophesied by Sen. Bernie Sanders. Those ads said very clearly at the end who created and funded them. The health care industry's ability to manipulate public opinion is debatable, but certainly some were swayed to feel empathy for these mega-corporations; otherwise, they wouldn’t have dropped 6 or 7 figures on the ad.

As I’ve written before, the modern advertising and PR industries are some of the most sophisticated, science-driven apparatuses created by humanity. The huge sums of money spent on advertising — what we really should be calling propaganda — work very well. Manipulating people to vote, act or buy something is often just a matter of repetition of the right message honed by these marketing professionals. From focus groups to industrial psychologists to teams of experts devoted to getting inside your head, the quantitative and qualitative data that goes into honing and distributing a narrative is unfathomably expensive and intricate.

If you need evidence of this, look no further than this academic paper, "How Money Drives US Congressional Elections," published by Thomas Ferguson, Paul Jorgensen, and Jie Chen in 2015. That study found a direct correlation between the amount of money that Senate and House politicians had for their campaign, and their probability of victory. In other words, money buys elections because money buys access to that sophisticated marketing apparatus.

Yet Facebook argues that political ads, and their ability to manipulate or deceive, falls under some imagined rubric of free speech that they purportedly support. This is a funny misperception of free speech. While a deceptive political ad may be “free speech” in the sense that no one is censoring it, very few people have access to the sums of money that could broadcast such a message far and wide. Speech is free, but the ability of it to be spread and propagandized is limited to those with cash; hence, the ideas and beliefs and politicians that favor the rich tend to be well-broadcast, while those that might benefit the rest of us are deflated, particularly on a platform like Facebook.

The much-vaunted Ad Library does not clear this up. Likewise, it is probable very few users will actually be interested in such a tool; the point of it is for journalists, politicians and the paranoid to feel as though their fears are assuaged. The root problem is that the ability of humans to be manipulated — of one side or another to "win" a narrative, argument or election — is almost always just a matter of which side has more money.

Everything we see, read, watch and eventually think trickles down from that fact — from the whims and beliefs of the rich and their propaganda, as the aforementioned data points note. Yes, occasionally something goes viral that epitomizes a more populist political perspective, but this is rare, and you can bet that the rich — whether corporations, NGOs funded by corporations to manipulate politicians, or politicians funded entirely by corporate executives — will fight back with all their might.