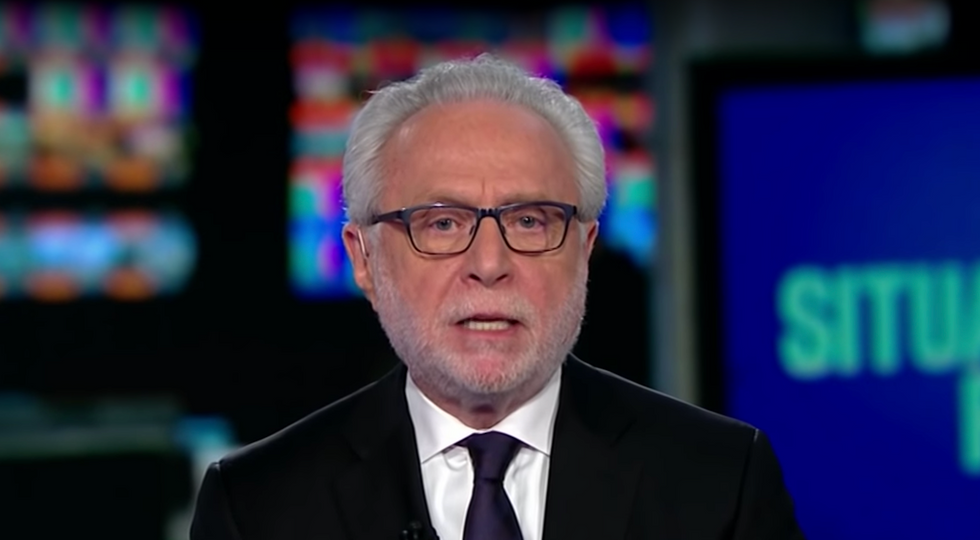 Critics of the corporate media, as well as supporters and staffers of Sen. Bernie Sanders' campaign, blasted the moderators of the CNN/Des Moines Register Democratic presidential debate Tuesday night for employing centrist talking points and demonstrating a bias against Sanders in how they framed questions.

As Common Dreams reported, the financial burden of deploying American forces was notably absent during first part of the debate—a lengthy discussion on foreign policy and war—but the moderators did ask candidates about the costs of implementing Medicare for All healthcare, as Sanders has proposed. That contrast, and the presentation of the healthcare questions, sparked swift condemnation from progressives.

Overall, a team of Rolling Stone writers called the debate moderators' questions "mystifyingly inane." In a piece titled "CNN Completely Botched the Democratic Presidential Debate," HuffPost's Zach Carter called them "awful." According to him, the debate on the whole was "tedious, interminable, frivolous... a fiasco of irrelevance held three weeks before the Iowa caucuses."

Carter pointed to examples such as when Phillip noted that Des Moines is an "insurance town" and asked Sanders what will happen to employees of private insurance companies if the country implements Medicare for All. She also asked Sanders, "How would you keep your plans from bankrupting the country?"

Those critiques and examples, along with others, circulated on social media:

Jesus Christ I hate these biased questions from the moderators. "How would you keep your plan from bankrupting the… https://t.co/Fm1TnxnwG0
— Elie Mystal (@Elie Mystal) 1579057507

These @cnn commentators are appalling. They’re making it sound like sanders created a false controversy over the fo… https://t.co/FjMSysdyVG
— Katie Halper (@Katie Halper) 1579053234

The debate led some critics on Twitter to conclude that #CNNisFox or #CNNisTrash:

he debate came just a day after CNN published what critics called a hit piece involving a private conversation between Sanders and Warren in 2018. Citing four unnamed sources—none of whom were in the room for the conversation—CNN reported that Sanders told Warren "he did not believe a woman could win" the presidential race. While Warren issued a statement after the story ran endorsing the findings of the report, Sanders has repeatedly denied it, including during the debate.

A team of writers at The Intercept detailed how CNN handled the topic Tuesday night:

Phillip opened a line of questioning on the recent feud between Sanders and Sen. Elizabeth Warren: "CNN reported yesterday, and, Sen. Sanders, Sen. Warren confirmed in a statement that in 2018 you told her that you did not believe that a woman could win the election. Why did you say that?"

The moderator's use of Warren to confirm a version of the story that originally came from Warren's account of the meeting at the time signaled which side CNN was taking in the he-said/she-said, but it was confirmed by the framing of the question—"Why did you say that?"—rather than asking whether he said it.

Sanders denied the accusation, noting that he had been ready to stand aside for Warren to run in 2016, though she declined to. Phillip pressed to be clear he was denying the charge, then pivoted to Warren, and waved away his denial with such force—"Sen. Warren, what did you think when Sen. Sanders told you a woman could not win the election?"—that Sanders and the audience laughed.

The New Republic's Libby Watson declared that "CNN is truly a terrible influence on this country."

Jeet Heer, a national affairs correspondent at The Nation, wrote in a piece titled "CNN Has It in for Bernie" early Wednesday that "the big loser of the night was the network that hosted the event. CNN was so consistently aligned against Bernie Sanders that it compromised its claim to journalistic neutrality."

"CNN's treatment of Sanders raises a major problem that he's going to have to confront going forward: Some major players in the mainstream media are clearly unafraid to cover him in a biased and one-sided manner," Heer concluded. "But this problem also has an upside: Sanders thrives under adversity, and he can use these examples of bias to fundraise and to mobilize his base. The Sanders campaign is a gamble, and one major uncertainty is whether his base is strong enough to overcome consistently negative media coverage."

Sanders, a longtime critic of the corporate media whose backers have repeatedly called out the U.S. media for ignoring his campaign during this election cycle as part of a #BernieBlackout, had his "single best fundraising hour of any debate so far" during the first hour of Tuesday night's debate, according to Robin Curran, his campaign's digital fundraising director.

"When we fight, we win," Workers for Bernie SATX tweeted in response to Curran's announcement. "And Bernie's gonna win."

Recent polling suggests that may be true—at least, in Iowa. The latest polling from the debate hosts, published Friday, had Sanders in the lead at 20% ahead of the Feb. 3 caucuses. J. Ann Selzer, president of Selzer & Co., which conducted the poll, told the Register, "For real, he could win the caucuses."