How a sex toy company's 'silly' fundraising effort makes a serious point about who should be paying for climate chaos: independent journalist 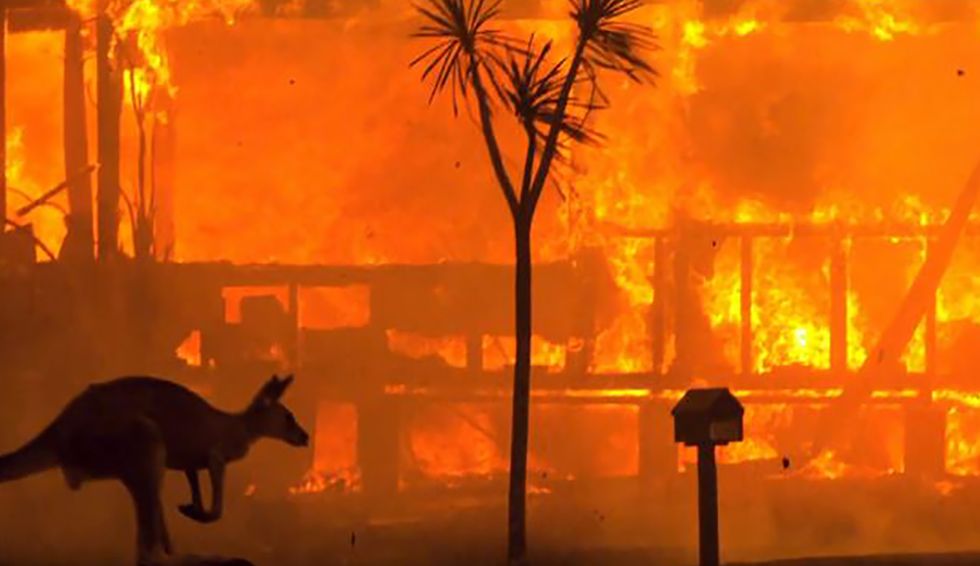 As independent journalist Emily Atkin astutely points out, this is the kind of thing that happens when "the fossil fuel industry is not made to pay for climate disasters."

The effort, Atkin explains, is emblematic of a dynamic in which the people most responsible for the climate crisis—namely the executives and investors in major oil, gas, and coal companies—avoid paying the cost of their destruction while leaving that burden to the individuals, taxpayers, and creative (and voluntary) efforts of the private sector.

Amid the devastating fires in Australia, as Common Dreams reported last week, the demand for the fossil fuel industry to pay for fire-fighting and relief efforts has been intense.

Atkin argues that while it's "great" that a small sex toy company is doing what it can to help address the devastation—and the same has been said of celebrities offering large donations and countless fundraising drives by various groups—it should not go unstated just how problematic it is that such efforts are needed given the scale of wealth possessed by the very companies most responsible for the fires that climate scientists agree are the result of a warmer world brought on by carbon and other greenhouse gas emissions.

We are not all created equal when it comes to responsibility for the climate crisis. Research published in the journal Climatic Change shows that just 90 companies are responsible for nearly two-thirds of historical greenhouse gas emissions.

These companies are mostly fossil fuel and cement companies, and most have done nothing to help pay for Australia’s ongoing climate disaster. Chevron is a notable exception; as we reported here last week, the oil company donated $1 million to Australia wildfire relief.

Chevron’s donation is paltry, however, given its earnings and relative contribution to the climate crisis. Not only is Chevron the second-largest historical emitter of all the 90 companies, it also earned about $15 billion in 2018. So a $1 million donation amounts to about .00667 of its yearly earnings. To the average American, that donation would amount to about $3.96.

That we "shouldn't have to sell silicone penises to pay for the effects of climate change," said Atkin, doesn't mean there is anything wrong with any of the efforts to raise money for Australia. But it does highlight just how wrong it is when the polluters can get away with unparalleled climate crimes without society demanding they be held to account.

What this effort by a well-meaning sex toy company offers, she said, is "just another example of regular people doing far more than fossil fuel companies and billionaires, in proportion to their relative wealth and moral responsibility, to meet the excessive financial demands of climate change."